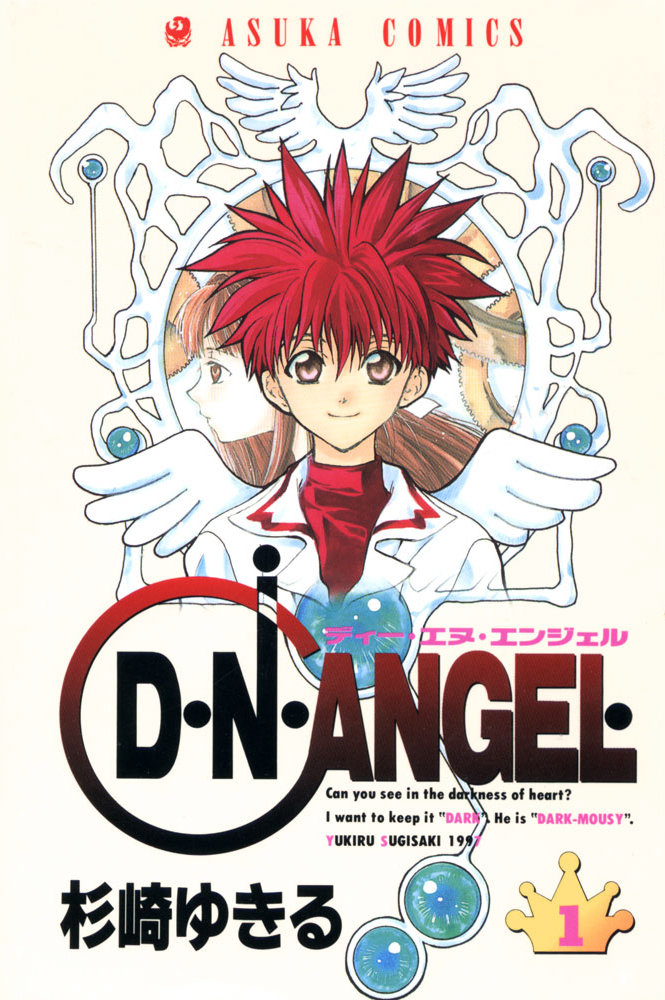 This week for Shoujo Saturday I’m covering a series that I found very interesting, if only because the main character is a thief! It’s D.N. Angel by Yukiru Sugisaki.

Plot Synopsis: D.N.Angel follows the adventures of Daisuke Niwa, an average teenage boy. At the story’s opening, Daisuke declares love for his crush, a girl named Risa Harada, on his fourteenth birthday. She rejects him, and later that day, the heart-broken Daisuke undergoes a strange mutation that changes him into another person.

Plot: The plot centers around Daisuke and Dark, that other person mentioned above, and their interactions with each other. Daisuke’s love life sucks, I don’t envy him at all. That said I enjoy the thievery portion of the story and the romance gets tied into the plot very well. It does get convoluted at times though, however the action portions make up for it I think.

Characters: All of the characters are fairly interesting, and while they all are distinctive it doesn’t necessarily mean they are great characters.

Art: The art for this series is great, considering it’s been running since 1997.

Overall: If you don’t mind a convoluted plot, you’ll probably enjoy this series.

Not for those who don’t like: Any of the above, or convoluted plot.