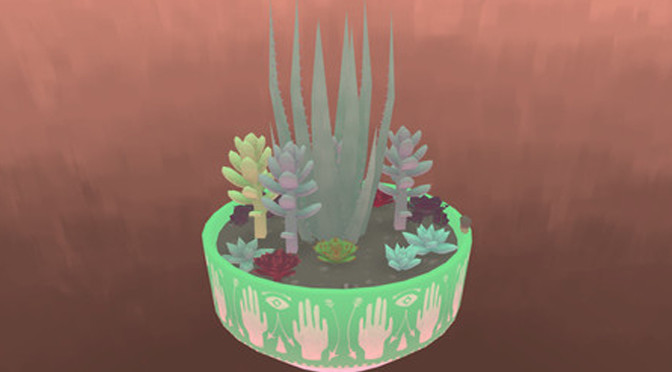 This week, actually the last few weeks, I’ve spent my time with a game called Viridi. If you’ve never heard of this game before, I can’t blame you. It’s a free game on Steam with in-app purchases and a very strange concept.

In Virid players can grow plants (I decided to grow some aloe vera, because this games gonna need it after all the burns I’m about to drop on it). That might make you think that it’s similar to Farmville or Harvest Moon in play style, but you’d be wrong. The game only allows players to grow one plant at a time for free and it grows in real time.

Having plants grow in real time in Viridi seems really dumb. The player can literally let their computer sit there all day long and not see any progress in their plant. Instead, it’s better to close the game down and move on to something more entertaining. The plant will still grow even without the game running.

The game isn’t completely lacking of feature, but there really isn’t much to do. Players can weed their plants, move them around in the pot and water them. There’s also a small snail that travels around the edge of the players pot. It doesn’t do anything, but can be named by the player.

Players that don’t pay attention to their plants can kill them. They can also over water them, which will also kill them. However, this game (I use that term loosely) is very forgiving. I let a a plant go for a couple of weeks without water and it perked right back up after one watering.

Players that aren’t happy with the plant that they’re given can choose to buy more plants. Have I ever mentioned that I hate microtransactions? Sure, the plants start at nine cents and top out at about 40 cents. However, it just seems like such a waste. I think it’d be better to just buy real plants and grow them. Real life may not be as forgiving as Viridi, but at least it produces real results with the same amount of time and effort.

If there is one thing I can say nice about Viridi, it’s that it has some very calm and relaxing music. There’s only one track in the game, but it’s very soothing. I actually left the game up for a couple hours the other day just to listen to the music.

The graphics in Viridi aren’t really bad, but they aren’t standout. Plants sitting in a void and growing isn’t exactly the most exciting thing in the world after all.

Overall, I can in no way recommend Viridi to anyone. Even as a Time Waster it’s not all that great. Sure, it’s free, but it also has microtransactions, which is a huge turn off. It’s even worse that these microtransactions are are just for virtual plants.