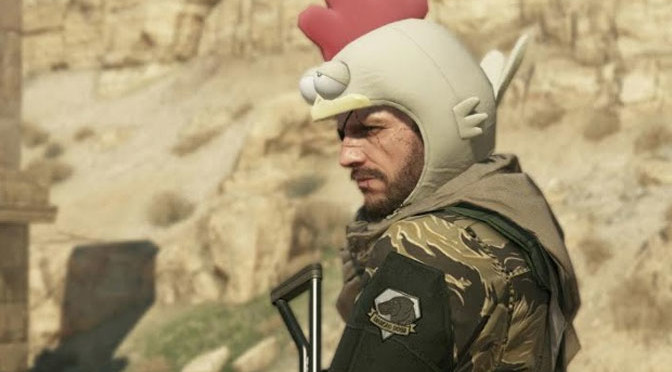 (WARNING: This column will contain what could be considered potential spoilers for Metal Gear Solid: The Phantom Pain. Read at your own risk.)

Over the past week and a half I have been hard at work on Metal Gear Solid V: The Phantom Pain. As of the time of writing this column, I have played the game for nearly 35 hours, and that is not rushing through the game. Unlike other reviewers that had to play it through a “boot camp” using a cheat device called a “chicken hat” in order to breeze through the game and see whatever story it has, I am playing it the way everyone else is playing the game. I am going through the game at my own pace, building up all of my weapons, training my soldiers, upgrading Mother Base, and making sure that I am ready to tackle all of the main story missions, or as they are called here, episodes. However, I am what many people are considering to be the most difficult episodes in the game, the dreaded Episode 16. It alone has taken several hours for me to try, and I still haven’t finished it yet.

Still, even with only getting up to Episode 16, I will say that my experience with Phantom Pain has been mostly positive. Upon playing it more, I see what the original intent of Ground Zeroes was, to make it a taste of the open world/open mission structure that Phantom Pain would eventually become. Did it warrant the high price tag that Ground Zeroes was selling for at launch? Certainly not, but now I see where the intent was.

Yes I do agree with some people who say the episodes and side ops might seem a bit repetitive, considering most of them have been extracting or eliminating high value personnel or items, but I never got tired of it at all. In fact, I enjoy going back to doing these missions over and over again, and getting ready for each of the episodes, and yes that includes trying to finish the dreaded Episode 16.

But…that’s something I cannot do honestly.

For starters, this game is buggy. I didn’t really notice much at first, but several friends I have played the game with asked if I had issues with the game’s controls freezing up, as well as various audio glitches. However, when the game’s setting moved to Central Africa, I started noticing the locked controls kicking in. Same for the audio glitches. They reminded me of the issues I had with The Witcher 3, but the bugs in that game were far less common.

Then there is the “Quiet Bug.” What happens is when the sniper named “Quiet” can be selected as a mission “buddy,” using her in either Mission 29 or 42 will cause the save file to be corrupted and break the game. However, a patch has been released for PS4 and PC, but of course, no sign of the Xbox One patch. I’m hoping it comes soon, and Konami isn’t going to jump on the “let’s intentionally gimp Xbox players” bandwagon.

And, most recently, there are reports that the game is unfinished. While I cannot vouch for the end of the game as it’s still in progress, a third chapter is missing, possibly due to getting the game out in time for its launch window. With Kojima being outed from Konami, I doubt we will ever see what came of the third chapter. It’s almost like how the original release of Snatcher was left unresolved, but that game did get a third chapter to wrap up the story. But sadly, that might not be the case here.

Fear not, those of you who are waiting for the full review from me. I am not going to bash MGS V, as I am enjoying the game a lot. It’s just not the perfect game that everyone on Metacritic wants to make it as. It’s a great game, but it has its flaws. Watch out for my upcoming review to let you all know what I think of Phantom Pain.