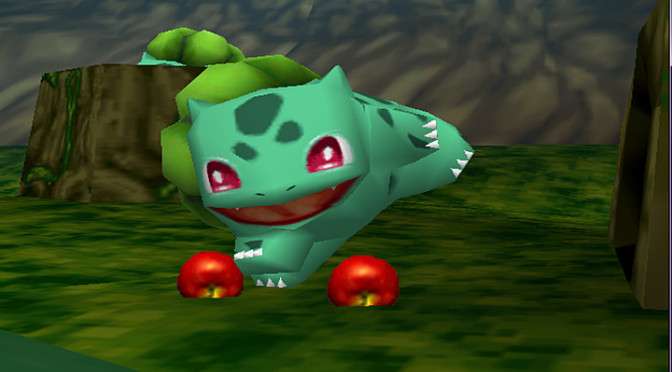 This week for Retro Game Friday I’m covering a game that was an obvious cash grab! It’s all about Pokemon Snap!

Plot Synopsis: Todd Snap, a Pokémon photographer, is summoned by Professor Oak to an unusual island to help him with a report. Oak needs quality pictures to accompany his scientific findings, and knows from past experience that Todd is the right person for the job. Pokémon Island, which contains a variety of climatic and geographic regions, is a place where Pokémon live relatively undisturbed by humans. Using a motorized, amphibious buggy named the Zero-One, Todd explores the island and takes photographs of the wide variety of Pokémon that inhabit its environments.

Plot: Honestly didn’t remember that this had a plot.

Gameplay: The gameplay was interesting, and was the precursor to the camera item in The Legend of Zelda: Wind Waker. That being said it wasn’t super amazing either. It was interesting, but once you knew all the tricks you never needed to play this game again.

Art: It’s aged very poorly, but most things of this era have.

Music: Don’t remember a thing, though it was probably very much Pokemon.

Overall: A skippable game, though if you are super bored you might find it interesting.

For those who like: Interesting concepts, Pokemon, A short game.