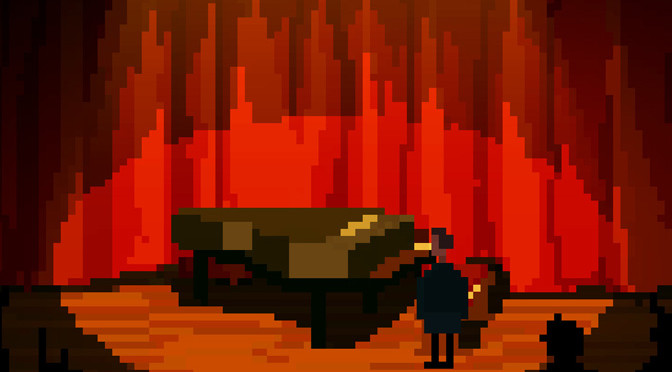 The Last Door: Beyond The Curtain

I actually planned to bring something different this week, but at about 5 p.m. on Friday I got an email telling me that this had been released. I immediately dropped all other plans and knew this would be the Time Waster for this week.

I emerged from the final episode of The Last Door three hours later and two playthroughs completed. As always I’m avoiding spoilers about the series. It’s a such a good story that players should really experience it for themselves. What I will say is that the endings (Yes, there are multiple of them) may not offer as much closure as some players are looking for. However, it does a really good job at feeling like a story straight from horror master H.P. Lovecraft.

The gameplay in this final episode of The Last Door is much like previous entries in the series. It’s all a point and click adventure that leads players through the story. There are less puzzles this time around and it’s more of just walking around to progress the story. I also felt like it was a little shorter than previous chapters. Still, the puzzles that were in the game required a decent bit of thought to complete.

The Last Door in unique in that it uses a visual style that really helps its stick out from other indie titles. This minimalist style has grown a little more popular over the last year or so, but it’s been one that this series has been using since its conception in 2013. While this style may not appeal to everyone, it does work really well for the game. I say this because the lack of detail really allows players to imagine what all the horrifying scenes in the game look like and there’s no better tool to scare someone with than their own thoughts.

The amount of attention that is given to audio in The Last Door is simply amazing. Many indie titles don’t give audio the attention it deserves and some AAA titles even use it improperly. This series is dedicated to making sure that its audio pulls players into the game with a wonderful atmosphere. Even the slightest of sounds add to the creepy feel this game is going for. Players are definitely advised to wear headphones while playing this, and every other game in the series, for maximum enjoyment.

Overall, I’ve loved my time with The Last Door. It’s a series that really sticks out and deserves a lot of attention. I’m not a horror fan, but it pulled me in with its first episode and kept me all the way to the end. I really hope fans of the series can enjoy the conclusion to this long ride. Also, this is a great time for players that have never experienced the series to jump in. The entire story is now complete and getting to play it beginning to end is sure to be a delight. I’m planning to do this myself in the coming weeks.

The Last Door Season 2 Episode 4: Beyond The Curtain earns 4 GiN Gems out of 5!