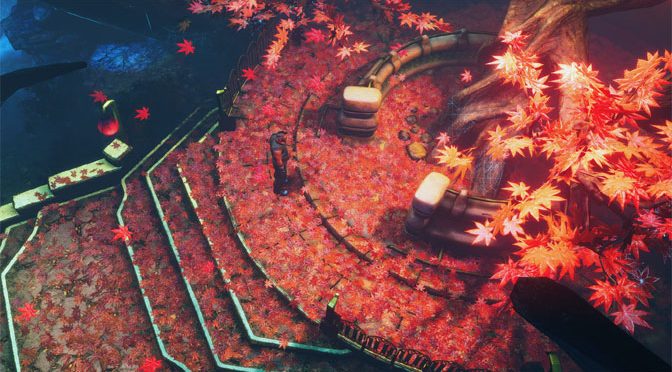 Gamedec offers a fairly unique RPG experience in that there’s no real combat, and how the game plays out really does depend on your choices and how you make them. While generally this mechanic works and provides some truly interesting results, Gamedec often writes itself into a corner in which you only have a single choice because you qualify for no other choices.

With a little more attention paid to the way the decision trees interlock, Gamedec would be a real gem, but even in light of this admittedly major problem, Gamedec is worth a playthrough if for nothing else than the chance to experience the world Anshar Studios has created. 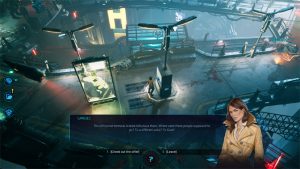 Gamedec drops you in a not-so-different future in which you play a “gamedec,” which amounts to a detective who solves crimes within games for money. After selecting your character, you’re presented with a case, and solving that case will take you across several “game worlds” or virtualiums. These are, of course, distinct from reality or “realium.” You can and do interact with a wide variety of characters, and how your conversations progress influences events that occur later in the game. For example, you can choose to help a distraught spouse early in your first investigation, and if you do, you may receive something that will help you in another investigation. However, you also have the option to choose to help a different spouse, foreclosing the previous option altogether. 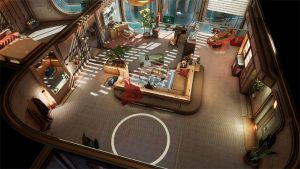 Each investigation you undertake will drop clues that aid in your understanding of the greater, overall mystery, and I will say that Gamedec’s writing does a good job of placing hints regarding the game’s greater issue from the jump. In order to progress through the story, you acquire clues that appear on a “deduction map,” and you choose different “deductions” based on what nodes you have unlocked over the course of your investigation. These deductions have real consequences in game, including life or death outcomes for some of the characters you meet along the way. I don’t mean that you’ll watch the odd NPC die, which can happen, but your choices can and will get major characters killed. Be aware.

As you progress toward the game’s conclusion, you’ll discover that not everything is as it seems, but your choices will constrain which ending options are available to you on a fairly literal level. Thus, while you may complete the game and uncover the ultimate mystery, you may not get the ending you want. Only your own mindset and morals will determine whether you find the ending satisfying or not. 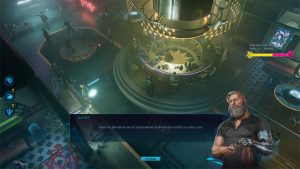 I know that the above description is very general, and that’s on purpose. Gamedec is the sort of game in which spoilers can ruin the experience. I’m not generally spoiler-averse, but Gamedec is literally a game focused on choices. Knowing what your options are from the beginning can’t help but guide you to make various decisions, some of which just won’t land as well if you’re following a walkthrough. Part of Gamedec’s appeal is that the game seeks to challenge your particular morality. Over the course of the roughly ten to fifteen hours you’ve spent in the game’s world, you’ll be asked to evaluate what your character (or you) thinks about issues ranging from the legitimacy of protests to the very nature of life and existence. Reading spoilers will lessen the experience. 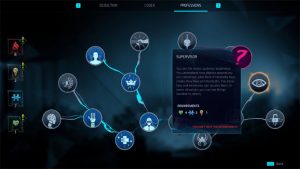 On a related note, you need to embrace the fact that you will not find every clue in each of the virtualium scenarious right now. Gamedec’s choice engine will foreclose other options based on how you interact with the different characters. Thus, failing to extract information can be devastating, and the rub is, of course, that you might never know where you failed. Generally, the game is pretty good about indicating in retrospect what the correct choice should have been, but there are choice trees that obfuscate what you should have done. The developers likely set up this mechanic purposefully as they clearly mean for Gamedec to have a great deal of replayability. 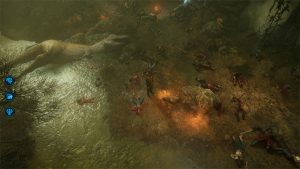 However, this leads me to Gamedec’s biggest problem, which is that you can lock yourself onto a particular path that leads to logical inconsistencies. This issue becomes particularly clear at the game’s end in which a character will explicitly explain that you can not go through Door Number One because you did X but neither can you choose Door Number 2 because you didn’t not do X. At a certain point during the final choice sequence, I felt a little bit like someone was going to jump out and offer me Iocane Powder. Unfortunately, the character with whom I interacted lacked all of Wallace Shawn’s charm, so I did not delve as deeply into the conversations as I might otherwise have done. The ending strives to implicate deeply complicated philosophical ideas, and while it somewhat succeeds, I found the set up disappointing precisely because the game locked me out of several options based on my previous choices. 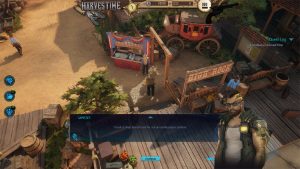 Becoming locked out is not a phenomenon limited to the game’s final sequence either. You can find yourself stuck during an investigation as well. If you fail to extract the necessary information from enough characters, you’ll find yourself forced to make a choice you know isn’t the correct one simply to advance the story. Plus, the fact that you have to hold down the mouse button in order to make the choice will increase your level of frustration. The Gamedec developers clearly want you to have the real experience of making those deductions. 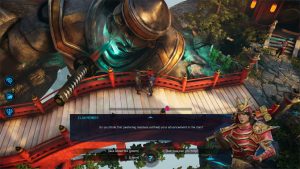 Speaking of the ending, the game’s conclusion is the game’s weakest point and where the writing begins to break down. Much of the latter third of the game involves a significant amount of technobabble info-dumping that you just have to get through. At one point, I found myself involved in a pretty significant conversation that was running long enough that the game featured built-in breaks in the form of completely arbitrary movements around a room. When the game developers have to write something like that into gameplay, it might indicate that they should have worked some of that information into the game earlier. 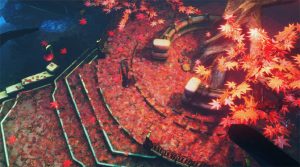 Despite those issues, however, I found myself completely immersed in the world Gamedec creates. Anshar Studios has done a phenomenal job of thinking through the kind of world they wanted to portray, and it shows. Most of the exposition occurs in the form of codex entries that become available frequently during the game’s initial stages, almost annoyingly so. The entries themselves are entertainingly written, but they contain a lot of information to process and remember. Spacing the contents out a bit more might make the information easier to digest, especially considering that the codex entries give depth and context to some of the early choices you’ll make. As it is, they feel a bit arbitrary even though they are significant to the endgame. However, I suspect that on replay, these choices will feel much more important, which may be part of the goal. 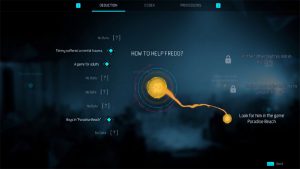 Gamedec also references timely and important issues. One of the characters gets forced out of a career field and subjected to trolling, and in the virtualium, trolling can be lethal. It can be in our realium as well, and Gamedec offers us a powerful reminder of that. I do wish Gamedec had developed the ideas it explores a bit more deeply, but Gamedec does make an admirable effort in the short runtime it has. Gamedec does address themes around sex and sex workers thoroughly. On the one hand, the game attempts to give sex workers a voice and agency, but on the other, I wonder if the game wants to position itself as being more “adult” and “serious” by using sex and violence as a writing shortcut. 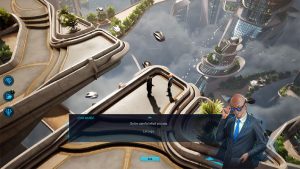 If you like cyberpunk and enjoy RPG’s, Gamedec offers a decent option. While the writing and worldbuilding aren’t as tightly constructed as they could be, Gamedec’s world is a fascinating one. You won’t have to rely on your memory to remember significant clues as the Deduction mechanic handles that for you, meaning that Gamedec lends itself nicely to being played in shorter snippets though the game is clearly designed with longer game sessions in mind. The game does involve fairly explicit sexual themes and violence—your first investigation involves a young man who has been locked into a near-permanent state of arousal by some virtualium shenanigans. As such, parents should take a close look at the game if they have children who want to play; considering the game will be released for the Switch, parents should be aware.

Players who enjoy choice-based RPGs will likely find something to like in Gamedec, but they should be aware that some of Gamedec’s decision trees could use some better planning. That issue could render the game’s ending unfulfilling. Visually, the game creates a beautifully rendered world that players should enjoy exploring bearing the aforementioned writing issues in mind.