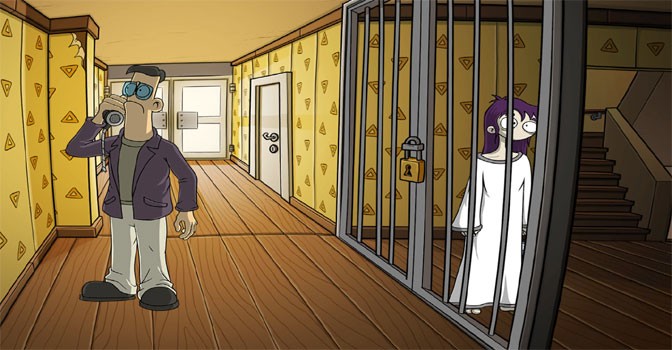 Hey guys! This is Modern Gamer back with another round of gaming tidbits. Also as extra stuff on the side my website, just opened up. For those of you interested in what I do aside from writing for GIN you can check out Woodlingsart.com.

As you all know we’ve been covering a lot of 2D platformers lately from the past.

This one’s no different as it is a rerelease of the cult classic Edna and Harvey Break Out. Bonus! I recently got a steam controller for my steam games and man is this controller nice! It’s certainly worth the money. But I digress, that’s another review. 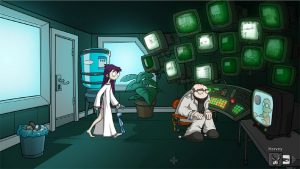 So let’s talk about art and animation for a bit here. Edna and Harvey’s art style remind me of the two cartoon styles. One is from a website called New Grounds which was a precursor to YouTube. (Yes there was such a thing and it was mostly flash animation and gaming) called “Neurotically Yours” and Cartoon Networks “Kids Next Door.” That said, the animation is smooth and you can tell they hand drew it ALL! Which is something I love in a 2D flash like a platform game. 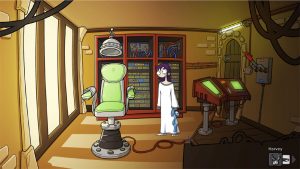 The animation is beautifully hand-drawn. The only thing is I think the timing in the animation when they talk is a bit off, but that’s because the game was originally a German game. Still mad respect for those guys. They did an awesome job with the graphics. Especially in rerelease. Props to them! Speaking of old versus new, you can actually switch back from new graphics to the old, for those of you who feel nostalgic.

Edna and Harvey first came out back in 2008 and I have to say, it’s pretty interesting since I had never gotten to play the first release. So, unfortunately, I can’t make a comparison. However, I will say that the storyline is pretty messed up in the beginning. For those of you haven’t played before, you start with Edna holding her talking stuffed rabbit, Harvey, in a padded room in a physic ward. Your objective is, of course, to escape and find out why you’re there. It gets weirder from there. 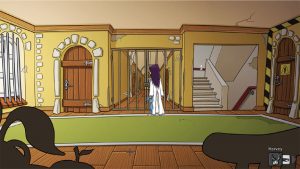 I’m not ashamed to say I had to go through a walkthrough for this one, just so I could get ahold of the controls. You have to talk to the guard, break a chair leg, and find out how to get through a vent without a screwdriver. Once I got used to the controls I was able to get out with ease. Try using either the grab button or push-button for some of the random objects you find. Edna and Harvey are pretty hilarious with the comments. Btw talk to everything, it’ll crack you up.
Using the controller with this game tends to be a little confusing at first. That’s my only complaint. 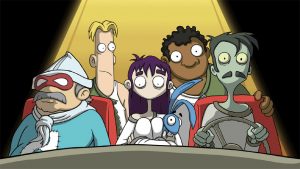 The new art is nice, very clean and detailed. The animation is reminiscent of the old flash games but incredibly smooth. The storyline is pretty creepy and consistent with today’s plot twist. Seriously if I didn’t know any better, I’d say this game was made for this decade. Not bad at all for a cult classic and a remake that for that matter! This is a fantastic puzzle solver for those who enjoy creepy stuff with a bit of slapstick comedy.

All in all, Edna and Harvey: The Breakout 10th Anniversary Edition earns 4 GiN Gems out of 5!

One thought on “Still Crazy After All These Years: Edna and Harvey”