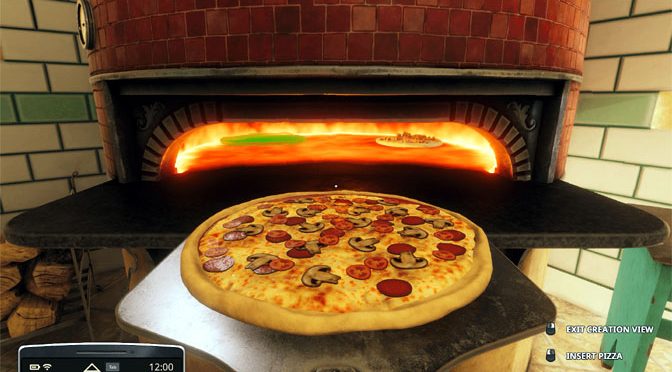 Hey there game fans! It’s another awesome Saturday with yours truly, the Modern Gamer.

Are ya hungry? Do you like pizza? Have you always wanted to run a pizza shop? Well, now you can do it all with Cooking Simulator and the new Pizza DLC! 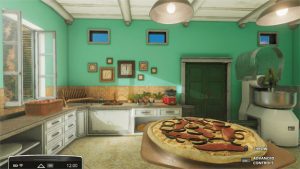 Remember the Shop Titans game I reviewed over the summer? The one where you run around the shop and get your supplies while making adventurers all kinds of neat armor? That’s pretty much what Pizza DLC is. If you’ve always wanted to check out what it’s like to run a pizza shop, this is your chance!

Alright so I will say this, I’d rather eat at a pizza joint than run one. You have to be incredibly driven to run a shop of any kind, especially anything food related. First I wanted to go over how the whole thing looks. It’s not anything like Shop Titans scene-wise. It’s more like Maid of Sker like graphics. In other words, it’s just a one person shooter type game window. Except in the Pizza DLC for Cooking Simulator, you are  mixing, baking and serving up pizza instead of shooting things.

The game opens to some beautiful scenery with a window overlooking the outside dining area on a deck, with a view of the ocean behind it. You don’t have many ingredients to cook with at first, but enough to start out with. 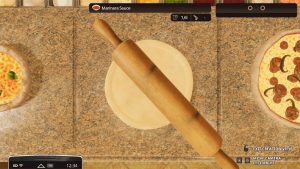 It’s not bad really. The kitchen looks pretty bare bones, and it looks like you’re the only one that works there. That’s right, you cook and serve too.

Ok let me go on to say that even though you play Cooing Simulator’s Pizza DLC on Steam, you actually have a phone in the game with an app called Pizza Pro. The app gives you a list of the ingredients you need to make everything with. 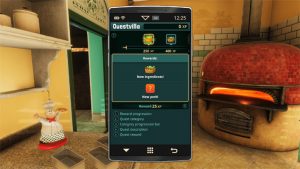 You do get to start out with some pizza pie crust. And then you have to make everything at a large scale. What is cool is that the phone app tells you when you’ve added enough to whatever you’re making. I also like the fact that you have some fresh herbs already in the kitchen. 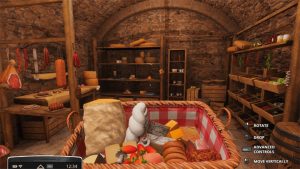 Remember when I said you weren’t left with much? That was on the surface of your shop. You actually have the fabulous stone basement you get to go into that has all your food stored. It’s a decently stocked place. And you can pack more in there as you play. 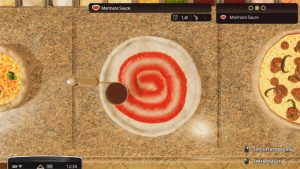 One thing I did forget to mention is that there is a little chef who pops up in the window. Not like the little chef in the Ratatouille. More like the animated paper clip from Windows XP. But the little chef is way more helpful, and not annoying at all. He actually gets you started on both cooking your pizza and running your business. 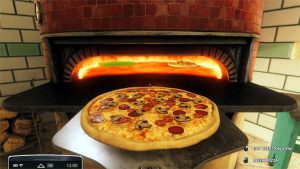 Overall the Pizza DLC for Cooking Simulator adds a unique side to and already interesting game, and is definitely worth a shot. I dare say you could actually follow the recipes and start making a pizza at home. Well, that’s all for now. All this virtual pizza making has me needed to grab a real one, with extra cheese and all the toppings! Modern Gamer out!

Curious about what the Modern Gamer does in her spare time? Check out Linktr.ee/Delerias.

One thought on “Pizza DLC Adds The Works to Cooking Simulator”