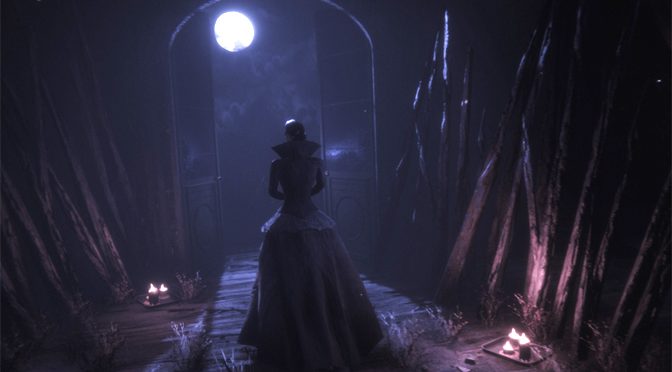 Happy October Modern Gamer Fans! It is a glorious Saturday morning with a crisp, cool, breeze (some downright freezing in some places) and the leaves are starting to change color. I am super excited for the Fall season! No, not because of pumpkin spice lattes, (no offense if you like them) but for Halloween. And you know what Halloween brings? Yes, that’s right gamer fam, horror movies, and games! Plus there’s candy while you play! I mean who can beat that? Today we get a look at this spooky feature, called Maid of Sker. Let’s dig in shall we? 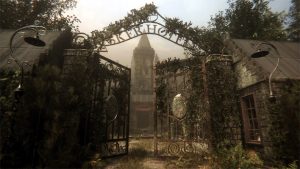 We open to a train traveling on the rails along the sea shore. Elizabeth, start to narrate a letter to her love. She explains how her father discovered her love and how furious he is. But not only that to whisk her away (by train) to an island called Sker to sing at a hotel. Pretty mean if you ask me. But here’s the kicker, her mother was told to sing to bring in customers to Sker Island.

Apparently Elizabeth’s father made her mother sing and treated her like a prisoner. (At least that’s what I’m getting.) So it’s off we go to the hotel. One last part, Elizabeth begs her lover to compose a song that’s opposite of the one in her locket. I bet the song her mother sings is like a siren’s call! What do you want to bet?

Now, I like to go against the grain a bit when it comes to exploring the terrain, if I can get away with it that is. When you get off the train, you’re going to want to get a good look around. When you do, you’ll find there’s a break in the fence. The trees look fallen, like something ripped a path down there. “Oh no, that’s not a good place to go.” Actually it’s a fun little side tour linked to the past and actually some recordings found in this rather beautiful get away. I won’t give you all the details but let’s say I would love to have a studio like that. It’s worth a look before you officially start the game. 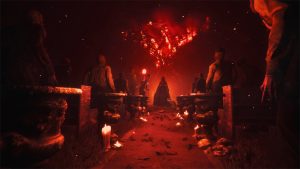 When you do get to the hotel, the place is a major dump. Sker Hotel has a long way to go before it’s back up and running again. You play Thomas, Elizabeth’s love, and you are there to rescue her from her uncle and dad. Apparently there’s something on Sker island that makes them crazy. But before they went crazy there were recordings made on these metal cylinders. Your goal is to find all the recordings on these metal cylinders and play them on the harmonium all together at once. 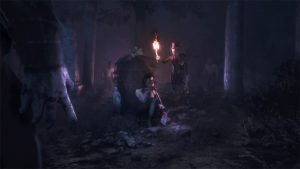 Oh yea, and you have to deal with the Uncle and dear ole dad. Walking around wearing a weird mask that resembles the scarecrow, making them look faceless. If that’s not weird/spooky enough I don’t know what is. There’s even a ghost dog that helps you out. Oh did I mention you have from the dad and uncle while trying to find these cylinders.

The game is beautiful! The graphics are stunning. It reminds me about the Fable and Skyrim. 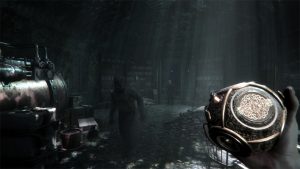 You want to play the game with the low light setting and make sure you wear either headphones or at least have the surround sound on. If you’re a little jumpy that’s ok, you don’t have to put those on. But at least turn up the sound. Good news is when you play you have the options for just storyline or easy to hard. Which is great. 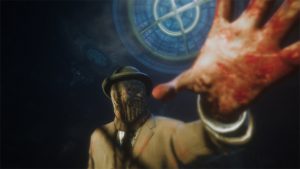 And that’s a wrap! So if you’re too old to go out trick or treating or you don’t want to catch COVID-19 while going to a party, then this game is definitely for you! Have a spooky time game fam, and keep yourself safe. Modern Gamer out!

Hey guys! Just here for a quick blurb. I’ve opened up my Twitch account and am doing horror-themed paintings for the whole month! I’ll even be playing some Black Dessert Mobil here and there over the week. Streaming starts at @ 9:00pm eastern time. Please check out my twitch @ https://www.twitch.tv/deleriascomics and don’t forget to check out https://www.patreon.com/Woodlings where all of these paintings will be a available for download. And of course my webcomic https://www.patreon.com/Shurale!