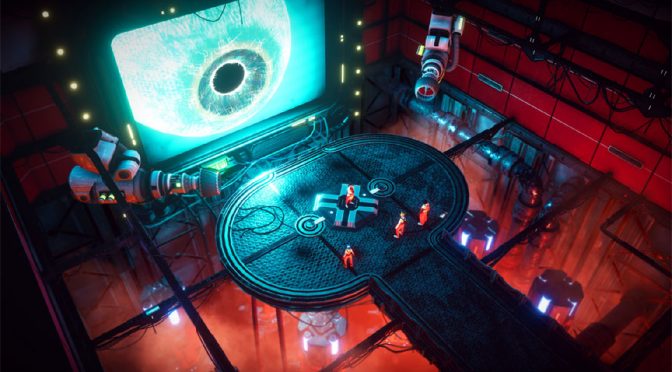 It’s a fine new Saturday, and I’ve got another Modern Gamer review comin’ at ya, fresh out of the grease! Today we’re looking at Paranoia Happiness is Mandatory. This one is hosted on the Epic Games Store platform. Like Steam, it has new releases of the hottest indie game developers. It’s scheduled to come to Steam later this year, so if you exclusively play on that platform, you can snag this one in just a little bit, or grab it now on Epic. However you like to get your games, I highly recommend that you go check Paranoia out. It’s certainly unique. 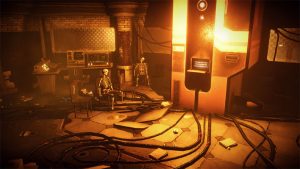 Ya’ll this game, is straight up weird. I mean I thought the Edna and Harvey 10th anniversary remake was weird, but this makes that girl and her bunny seem sane. No friends, Paranoia takes the cake in the strange department. This is like Bioshock with the portal GLaDos monitoring your behavior. Oh yes, and there’s the fact that you’re a clone, with super powers. Oh but you have to keep the computer happy by doing what it says or you’re in for termination. If you don’t like where you’re at you can terminate yourself and start over. That just leads to a re-cloning and you may or may not have more abilities. There’s also a sprinkling of DnD in there with the ability points system. 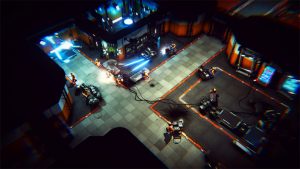 Whew what a jumbled up mess. Let’s get some stuff straightened out here. So you’re a clone, it’s your first time out the cloning pod. You’re given a greeting and a tutorial instructions when you come out. You must follow instructions and make sure you don’t upset “Friend Computer,” because he takes good care of you. 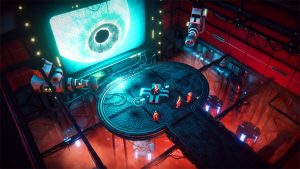 Seriously there’s signs everywhere that says there’s no justice cause it’s “just us.” You also have super powers which is great. The more you clone yourself the more abilities you have or the worse you get. (like some kind of disease). Your job is to recruit four trouble shooters that are loyal to Friend Computer and take out all the people/machines that went rogue. That’s it.

Oh wait, Friend Computer thinks that if you don’t follow its rules you get terminated. Even though the rules are pretty basic and easy to understand you are punished for knowing the rules. Really it’s a fun game to try and keep your stuff together while doing everything the computer tells you to do. Which often ends in failure. There are also secret societies! 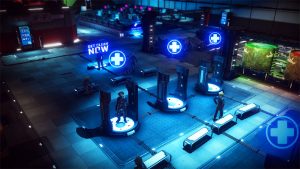 The graphics are beautiful, it has a very nice streamlined look. You can easily see everything even though you’re looking at it from a bird’s eye view. Animation is every smooth. When you open the text box up, the avatars are really nice too. The style is very cartoonish and plays nicely with the rest of the graphics.

The gameplay is just like an RPG, point, click and adjust your views. I will say navigating around is kinda frustrating at first, but you eventually get the hang of it. Following the rules of the game and then learning how to break them to keep you head together can be rather fun, even if it takes you a few clones. Making your team do what they’re supposed to do…that’s another story. Frustrating is a good word for it. 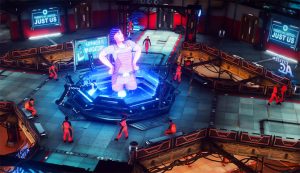 I have to say this is not a time waster. If you get into Paranoia, it’s going to cost you a heavy involvement in time, but the rich gameplay and dark humor make it worth the effort. I will also say that this isn’t for kids. I would rate it PG-13. That’s all for now! Check back next Saturday for another review. Because Friend Modern Gamer says so!