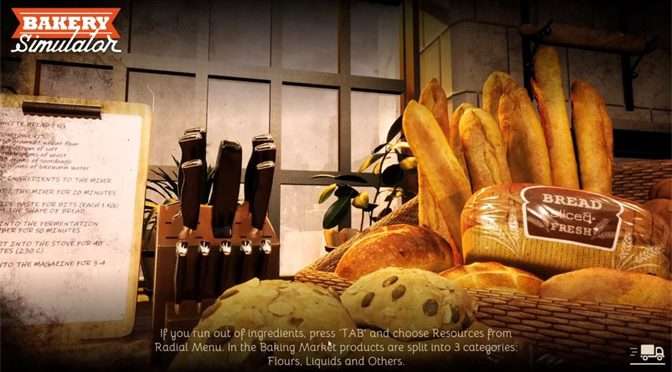 I can tell you that I spend a lot of time reviewing simulators, and while sometimes, I understand the appeal, I’m often left a touch perplexed as to why we would be using our limited free time to pretend to work. Gas Station Simulator won me over with the occasional alien. Bus Simulator was alright with the people watching. The paperwork simulator “Not Tonight 2” had an interesting premise if a flawed execution. 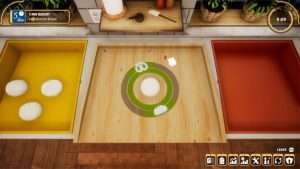 Bakery Simulator doesn’t even bother to try telling a story. The game really is about you managing a kitchen, which means balancing resources per recipe, completing baking tasks in a timely manner, and generally doing what you can to make your business successful. That’s it.

Also, I think this marks a new record for shortest plot summary. 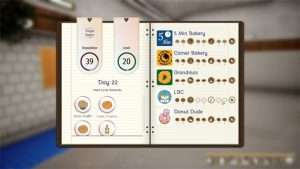 Bakery Simulator features a bifurcated structure: the kitchen element and the delivery portion. Of the two, the kitchen development is the better realized. When baking, you’re able to do most of the things that you’d expect in a simulator from unlocking upgrades to spending money. You even do the more physical aspects of baking, so you’re not limited to mixing ingredients based on recipes. This is, of course, where the minigames come into play. There are a series of different kinds of minigames, based on the item required for the order. In one, you move a slider to help you shape dough into different configurations—from a pretzel to a bun. That’s not particularly challenging. In another, you time a hitting the space bar to chop dough into even amounts. 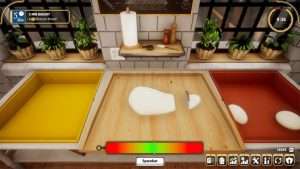 My least favorite of the games involved kneading dough and hitting specific marks with your mouse, but because Bakery Simulator doesn’t tend to rely on a particular minigame more than any other, they tend not to become irritating. Furthermore, these are tasks that you would have to perform while baking, so the minigames serve an actual purpose rather than being comparatively arbitrarily designed. Bakery Simulator therefore makes better use of its minigames than a number of its competitors in the genre.

Aside from upgrading my kitchen, I honestly think the spice rack made for my favorite part of the baking portion because it allows for your own creativity to flourish. After you’ve accomplished a certain number of orders, you unlock the option to begin adding spices to your products to give them that certain je ne sais quoi that sets bakeries and bakers apart from their fellows. There are a few where you can figure out what’s needed. Lava buns, for example, probably require some sort of chili powder. However, for the rest, you’re open to experiment as you see fit. As someone who spends a not inconsequential amount of time in the kitchen, I appreciated this freedom. 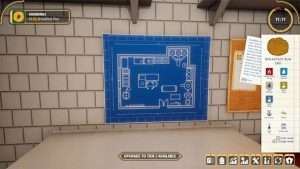 However, adding the spices is a risky proposition as you might not add spices to your customers’ taste, resulting in financial loss, and those losses can be substantial. Your customers are philistines. Just be aware. Conversely, adding the correct spices will net you substantial rewards, so be aware that while venturing into spices can potentially be a tremendously profitable impulse, it can result in nasty losses that hit you where it matters—your wallet.

The only downside to the kitchen segment is dealing with muffin tins. Y’all, trying to get the liners and the batter into the tins proved to be inordinately difficult, and while I don’t know if it’s part of the point or not, I found it very frustrating when failing to meet the order on time results in a failed mission. In a game that is otherwise remarkably relaxing, that wrinkle seems like an odd choice. 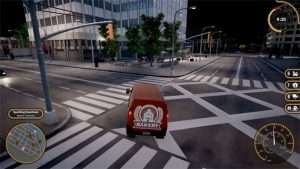 The part of Bakery Simulator I didn’t like as much was the delivery portion, and I say this not just because I tend to struggle with driving simulators. I simply did not see the point. While I applaud the developers for thinking about adding the delivery mode as it breaks up the action in the kitchen, it just felt meaningless. You control your car (that you can upgrade later into a delivery van) via the standard AWSD controls, and credit where it’s due, the actual control experience is pretty streamlined and well realized. However, the streets feel empty, and none of the damage you incur when you inevitably hit another vehicle persists. I therefore just sort of wonder why include it. For me, it just seemed to take away from the part of the game I actually enjoyed, which was baking. Fortunately, the game does offer the opportunity for you to hire a service that will perform your deliveries for you, which means you never have to bother with the driving again. Still, I don’t quite see the point of the driving simulator, but your mileage may vary.

As far as the visuals and sounds, Bakery Simulator offers a rich experience. The kitchen is beautifully realized, with the machinery looking and sounding like real-world counterparts. I loved how well the developers produced the baked goods. Some of them legitimately looked good enough to eat. 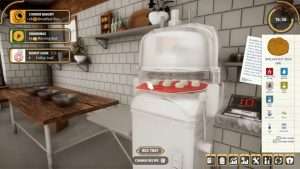 Bakery Simulator is a lovely, chill experience for the most part. The minigames don’t repeat quite so often as to become monotonous. It’s a fantastic simulator with a decent driving sub-sim, if that’s your bag. It’s not for me. Bakery Simulator, as with other life sims, is very given to being able to be picked up and put down at will, which makes it a great wind-down game, so if you’re looking for something to bring some tranquility into your life, give Bakery Simulator a try.

Bakery Simulator is currently on a Delivery Patch sale for $11.19 on Steam.