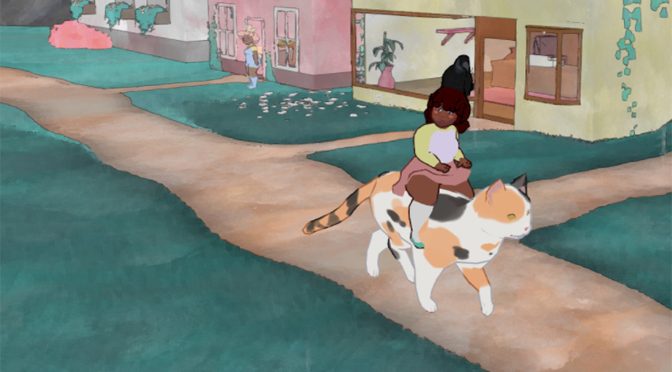 Season’s greetings gamer fans! It’s the Modern Gamer coming at ya with another fantastic game called Calico . If you like to be able to cook, go on adventures, and make friends, then this is the game for you! So let’s take a look at what Calico has to offer!

First off, the intro is beautiful! The watercolor like effects for textures of the game as it pans through the main village are gorgeous and really set the mood. Then we open to a menu with a customizable character. You start out with the basics. What I like about this is that’s it’s LGBTQ inclusive! You can design any character with any wardrobe. 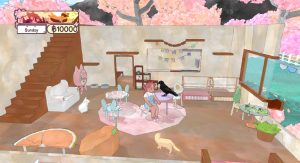 After you get your character just right, the screen opens up with you talking to the mayor, Kiva. She runs you through how to get to the cafe. The story is that your aunt retired and wanted to travel. So she left the Calico Cafe to you as a gift. Now it’s your turn to run it. And it’s a cat café, so how cool is that? I mean what other kind of cafe would be more fun to run than one populated by really cool cats and kittens?

Kiva gives you a choice of furniture to help customize your new cafe. She also tells you how to obtain animals and how to cook. If only politicians in real life were this helpful. 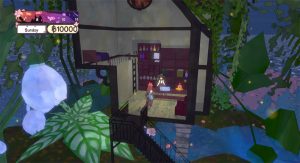 So to progress, you will need a few more recipes. The way to start getting them is to go introduce yourself to the locals and do some quests to see if they can help increase your menu. On top of those quests, you’ll also have to find a way to get to other parts of the island. There’s five more parts to the island, but at first they’re all blocked off. It’s up to you to ask favors from the locals and do some quests to get the entire place unlocked. And of course, the more quests you do the more money you make. Then you need to upgrade your cafe of course. You need more foods and of course lots more amazing cats! 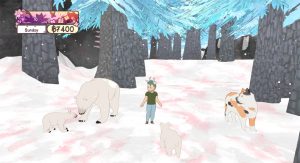 Finally, cooking is really cool! What you do is go into the kitchen and press Y. You instantly shrink and throw ingredients into a bowl and then throw the new mix onto the tray for serving. You don’t have to constantly redo the mixing either, as you can duplicate them.

So what’s my opinion? I love it! There’s a lot of great stuff in there. It reminds me a lot of Stardew Valley, nut in 3D and totally customizable. You get really nice potions that can turn day into night or vice versa. You can get a potion that turns birds into half griffins and ride them! 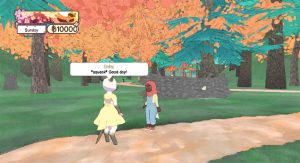 And you can adopt pets and play with them, which is just amazing. There’s so much more I could go on and on. There’s also no leveling. Just upgrading your cafe. And that’s as you go, at your own pace, so no pressure. This game seems like it’s for girls, but it’s actually pretty inclusive so anyone can play regardless of their age. It’s one of those rare gems where adults can probably have a lot of fun, but younger players would also enjoy playing. Or perhaps you can play together? 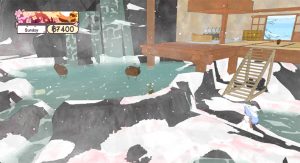 What I didn’t like about Calico, and this is rather minor, is the fact that some of the controls are a little confusing in places. Of course it takes some getting used to. That’s really my only qualm about this magical game. I think as long as you spend a little time with it, then it should become second nature. They might consider a little bit more of a tutorial for some of the advanced game mechanics.

Alrighty guys! That’s all for now! I hope everyone had a very merry Christmas, and remember to shout Jumanji at end of 2020 so we can end this crazy nightmare of a year! Modern Gamer out!

Go to Linktr.ee/Delerias to learn more about the Modern Gamer’s other talents like her art and other related stuff.