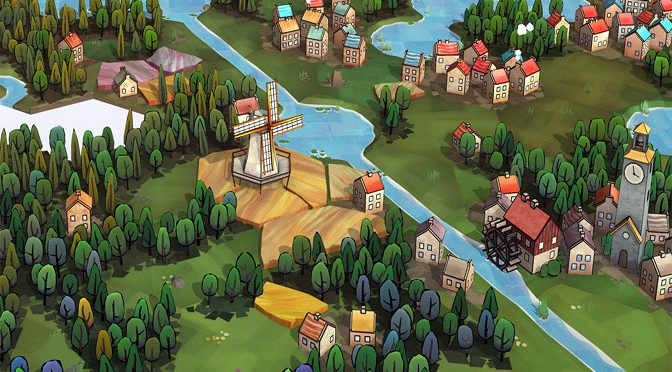 Hey everybody. Marie is taking a break this week from Modern Gaming, and I am happy to fill in for her with an easy-to-play title that I think she would very much approve of for the column this week. I’ll do my best to bring it to you with her usual style and expertise, although I’m sure I will fall short on both accounts. This week is all about Dorfromantik, a relaxing city builder that just came out on Steam. 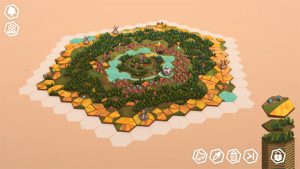 Dorfromantik is a German-made game, and if you have ever played any quality German board games like The Settlers of Catan or Carcassonne, then you will see the obvious influence of those tile-based strategy and building games on our star this week, Dorfromantik. According to the Steam page, the game was actually made by four university students, and they liked what they created so much they formed an independent game development company, Toukana Interactive, to bring the title to the world. And that is a good thing too, because given all the turmoil happening in the world today, we could all use a bit of a break with a good and relaxing building title.

In case you were wondering, Dorfromantik gets its name because it means “village romanticization” in German. That is more of a direct translation instead of a true meaning. It kind of means a person loving a place, like a village, and enjoying the spirit of it. 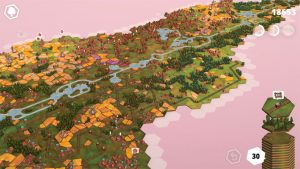 This is the part where Marie would talk about the plot of the game, but I can safely skip that part because there is no plot. Dorfromantik is in a lot of ways more of a board game type of experience, along the lines of some of those other aforementioned titles. So, there are rules and objectives, (if you are not playing in creative mode) but no real plot. I suppose if you are enjoying the gameplay, then that is the mission here.

Dorfromantik presents players with a series of colorful, cartoon-like tiles which you try and place until your supply runs out. Each tile has certain common elements on it like trees, houses or fields. Some tiles have unique elements like railroad tracks or waterways too. And few have special items like a windmill or a depot. You can rotate the tiles and pretty much place them wherever you want onto a hexagonal grid. 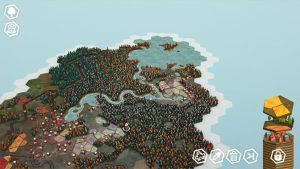 The key gameplay element in Dorfromantik is placing similar elements on the tiles together. So, if you place two tiles with trees together with the trees touching, then they form a forest. Then as you put more tree tiles down, you can expand that forest and earn points. The same is true of other elements like villages or fields. You are under no obligation to do that, and can place any tile in almost any space, but the game encourages players to try and build large swaths of similar elements by both awarding points and sometimes assigning “quests” as you play, like building a village that spans across five tiles. Completing quests earns you more tiles for your general supply, so you can make even bigger maps and play longer.

In addition to the classic mode described before, there is also a creative mode where you have an unlimited number of tiles to work with. And unlike in classic mode, when playing creatively, if you get to a tile that you don’t like or that just wont fit in anywhere, you can discard it and keep playing. That way there is nothing stopping you from constructing the ultimate metropolis, a peaceful seaside village, a faming community or whatever else you can dream up or make up as you go. Creative mode is pretty chill, but honestly, classic mode is just about as relaxing. 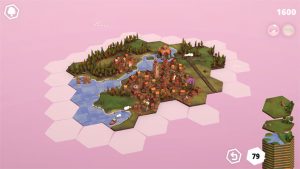 There are a few other modes as well. The first is hard mode, which is just like it says. For players who want to play a more difficult game with tighter rules and more scoring challenges, this is for you. And then there is a monthly game mode where the developers promise to provide a new and unique challenge every month, although because Dorfromantik just came out, there is only one available at the moment. A quick mode exists in case you only have a few minutes to play a fast game. And as a real treat, there is also a custom mode so that you can set what kinds of tiles come up in the game. If you want to play a game that is heavy on railroads or fields for example, you can set that up in custom mode. That is quite a lot of choice for an indie game with a small development team. 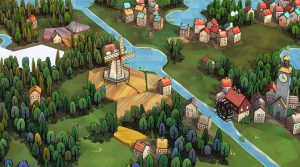 I mentioned a few times how Dorfromantik is relaxing, and the music is a big reason for that. It’s very soothing and somehow both melts into the background and provides an easy listening experience at the same time. It’s really perfect for a game like this.

Graphically, Dorfromantik looks really good as well. And unlike a real board game, when you place certain tiles, they will animate. For example, I was pretty surprised when I placed my first boat tile and it suddenly came to life and started chugging down the waterways I had already built. I spent the rest of that game trying to expand my little boat’s domain with more tributaries, a little watery loop and a giant lake. 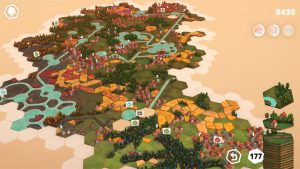 I loaded up Dorfromantik thinking I would spend a couple hours playing the game so that I could write the Modern Gamer review for Marie. Then those hours passed and I said I would just play a couple more, you know, just to see what happened if my village expanded in this direction, or if I was able to create the world’s largest protected forest reserve. Then a few more hours crept by and I could no longer deny that I was pretty enthralled with Dorfromantik. I guess I had caught the “village romanticization” bug after all. 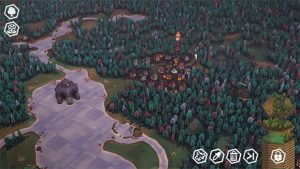 I think a lot of people will fall into Dorfromantik in the same way. It’s easy to play and has a very detailed (and fun) tutorial to boot. I would say just about anyone of any age group or skill level could have a good time with it. And if you play in creative mode, you don’t even have to worry about scoring. But there is something magical about watching your community come to life. At less than $15 on Steam, you would also be hard pressed to find a better value.

Dorfromantik earns 4.5 GiN Gems. Check it out if you are looking for a relaxing way to build out the perfect planned community, whatever that happens to look like in your head. Go ahead and give it a try. Dorfromantik won’t judge you.