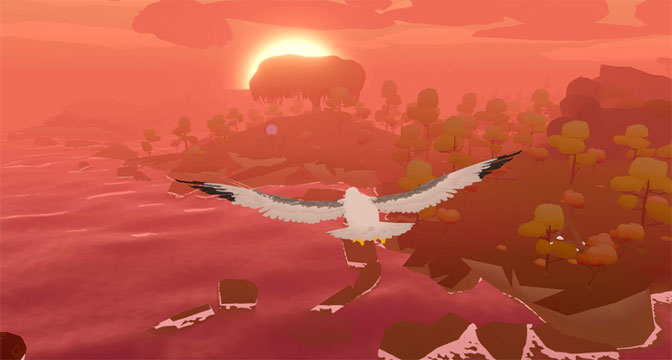 Greetings and salutations game fans. It’s the Modern Gamer coming back at you with another game to help entertain and relax you! If you’re in need of a break from the suspenseful election, or anything else stressful in your life, then you’ve come to the right place today! Let’s fly away from our stress with the beautiful game dubbed Feather, by developer Samurai Punk. 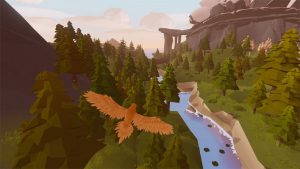 So this game is truly relaxing. If you’ve ever played the old the Sega Saturn game called Night, then you’ll get this right away. But it’s basically a flying sim where you play a soaring eagle. That’s it. You’re playing a bird that gets to fly around this mysterious island. The graphics are beautiful and so is the soundtrack. If you really need a good relaxing game where you just need to fly around and feel free, then Feather is your game.

What’s really cool about this game is that it’s specifically designed for exploration while you just relax. You can explore the island as weather changes, and while night turns into day and time passes. You do this all while listening to this awesome soundtrack music by Mitchell Pasmans, who also did the game’s cool sound effects. 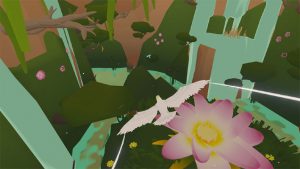 Feather is such a unique and relaxing experience. It reminds me a lot of Beyond Blue without all the collection of data. I really can’t tell you much more than this. There is no plot, no enemies, and no point to this game other than it’s just really fun and pretty. There is this one ring you can fly through that changes the music when you pass through it.  Also you can play with your friends of you want everyone to jump on and flock together.

Seriously, these are stressful times. And if you need something meditative you guys should veg out with Feather. After playing it for a while, I do truly feel relaxed. 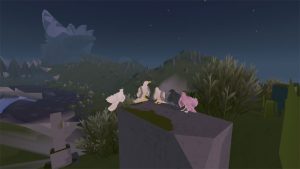 However, I’ll be honest, I wish Feather had a little more to it. Like catching food. The bird you play in this game looks like a golden eagle. So it’d be nice to have a predatory bird feeding once in a while. Also, what about the full experience of mating and raising chicks? Now we don’t have to go full Animal Planet and see the actually matting. But perhaps pan away while that happens and bam! Eggs appear.

And maybe you get to play the father who goes out and hunts for the new mom. Stuff similar to that. Or just give the bird some goals to fly through? 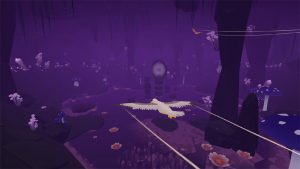 Who knows, perhaps stuff like that will appear in a DLC. For now, Feather is one of the most relaxing, goalless games that you can play. As long as life keeps being this stressful, Feather is a game you should consider flocking to. And if you feel your blood pressure rising in response to these stressful times, take to the skies in Feather and let it all melt away.

That’s all for now folk! Modern Gamer out! Check out linktr.ee/delerias to see what I do in my off time.