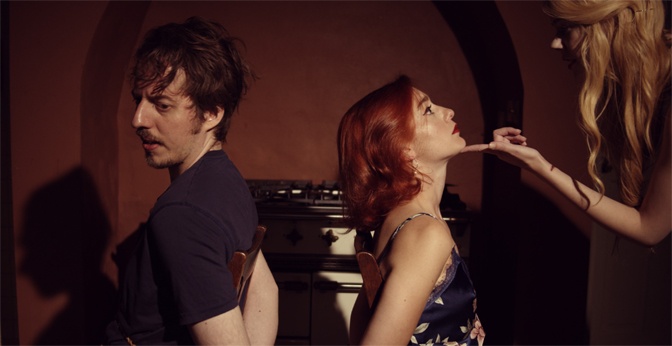 Dark Nights with Poe and Munro

Hey there Modern Gamer Fans! We’re back with another fabulous week here at GIN! This week’s game has very interesting twist. Let’s just say if you’re into the X-Files, She Sees Red, and Until Dawn, you’re gonna love Dark Nights with Poe and Munro! 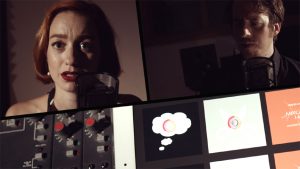 Okay, so let’s get down to it. We have our intrepid radio hosts Poe and Munro. A married couple that have some really weird and psychotic people calling into the show. Causing a lot more than just drama on the show.

Without getting too much into it. I will say you’re going to get into quickly. The characters are interesting at first look. They have a well-played out act. I love both Poe and Munro, but I like Poe’s acting. He really gives it some flair. Almost reminds me of Boris Karloff. He also seems like he’s seen a thing or two in his life.

I really love the dynamic between the two, because you can tell they have a sizzling relationship, and I am all for that! They really are a pair. I love how Poe dotes on beloved Munro. Though I feel bad that there’s turmoil between them as the story progresses. ( Like any show would ) 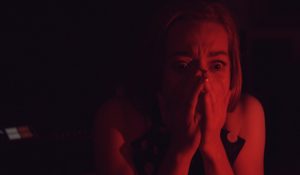 The play through is just like She See Red and Until Dawn. You make your decisions from both sides of the character based on the events. It could be terrible or it could worse. They even make a joke about choices in the game. It’s really interesting to see how things play out. Also you get achievements to unlock each time you play through. 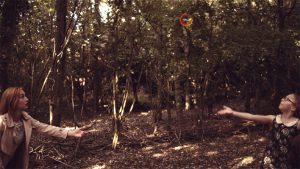 Now let’s talk actual plot line here. You’re playing through a TV Series that’s has the addictive ness of today’s hottest series. In fact, I wish this was a TV Series. So to all who have read this, I am a horror fan as long as the plot line is good. This series really reminds me of me several shows. X-Files, Medium, Bones, American horror Story and Sanctuary are among the few that this game reminds me of, with new twists in storytelling.

The art is fantastic. I especially love the opening with its lava lamp, ectoplasmic colors swirling about. I really just love the color palette they chose. The lighting reminds me of that campy horror flick that I love so much. It really gives the game the atmosphere to make you feel like you in suspense. 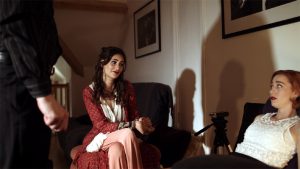 I really liked playing the game and all, but I think I want to watch the series more than anything. Hey, so developers, make this into a series please, because I want to watch something cool with my husband again. Nothing’s been the same since Game of Thrones ended. But yes, I don’t know what it is about this game, but it’s the right kind of weird mixed in with horror that I crave. In short, y’all need to play this game.

Well that’s it for this weekend’s Modern Gamer. If you’re curious about what she does in her spare time. Check out woodlingsart.com and patreon.com.Shurale. Also look out for CouchCon at couchcon.org!