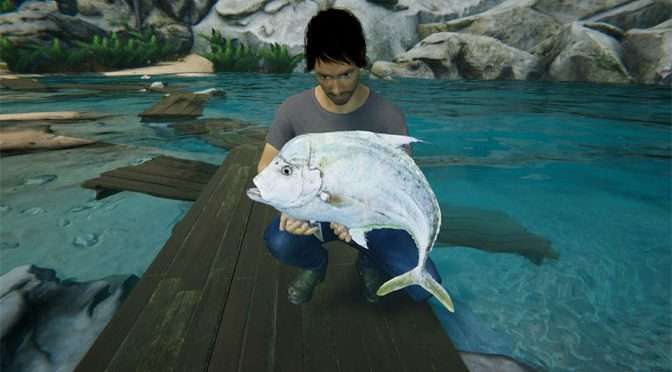 Alright, gentle readers, we’re back in simulator land, but this time, it’s fishing. Y’all, I’ll admit that I was initially pretty stymied as to why one would want to play a fishing simulator, and I say this as someone who really loved the aquarium designer game.

However, from the lush natural visuals to the relaxing soundtrack, I think, speaking as someone whose last activity relating to fishing involved matching cards, I might understand just a little bit why some folks want to spend hours in a boat chasing after an elusive catch. 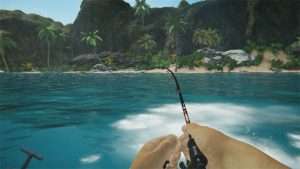 If ever there was a “does what it says on the tin” moment, it would be trying to describe the plot of a fishing simulator. There isn’t one. They aren’t even pretending to create a framing story. The devs know why you’re there. You know why you’re there. Why distract from the fishing with a silly plot? I have to admit, I like the real honesty there. 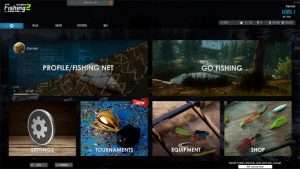 You have the option of choosing between different modes including normal, realistic, and sandbox. The game clearly prides itself on its authenticity to the locations and to the experience, down to the most lovingly rendered lures you’ve yet seen on a computer screen. Not every cast will be a winner, but Ultimate Fishing Simulator 2 never feels like an exercise in futility in the same way trying to fish up a turtle mount did in WoW. Rather, it just feels as though you’re fishing, especially on realistic mode. The difference between the two modes is that realistic mode will be the more difficult of the two, removing the cheats that normal mode offers. Realistic mode rewards patience and skill, however, so if you’re into that sort of thing, you’ll love it. For the rest of us, we fortunately have normal mode, which still presents plenty of challenge. Ultimate Fishing Simulator 2 features some really well-developed fish AIs that actually make catching your fish an interesting endeavor and one that will give you that endorphin rush from a job well-done. 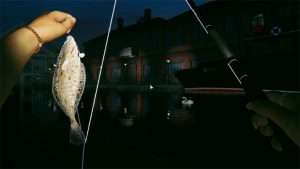 Generally, Ultimate Fishing Simulator 2 tries very, very hard to make sure you feel like you’re out on the water with nothing between you and your quarry but your wiles and the canny fish. Where that feeling begins to taper off, is when you unlock quests and start building up a skill tree with your character. Yes, you read that correctly. The fishing simulator has a skill tree, and it’s a pretty in-depth one. You’ve got lots of options for customization, but a lot of your ability to develop your character depends on performing quests, which, unsurprisingly, involve catching different types of fish. You can purchase actual branded gear that you’d be able to purchase in real life, and these provide bonuses that help you complete the daily, weekly, and monthly quests. 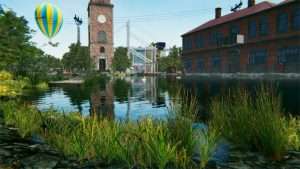 Visually, the game is stunning, as I mentioned, on a level I didn’t anticipate. The fish look fantastic, and the water mechanics incorporated in the game actually mimic the movement of real water, which isn’t always the case. This effect will impact how you employ your various techniques as you’ll have to account for cast, line tension, drift, and in some cases, depth when tracking your prey. Because there’s a lot to juggle, the controls themselves tend toward the granular. I don’t tend to like control systems that require me to juggle various buttons, keys, and thumps to the space bar, and I didn’t particularly care for that in Ultimate Fishing Simulator 2 either. However, having that level of control over fishing actually matters in this game, so I understand why the control scheme is what it is.

The opening tutorial is easy to follow and comprehensive, which takes some of the stress out of the learning curve, and it’s designed to be fun to complete, which is a nice change. 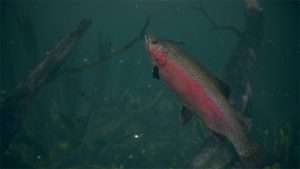 What it doesn’t prepare you to encounter is the fish AI that I mentioned above. Each of the 60-ish species of catchable fish has a distinct set of characteristics that require you to adopt an optimum strategy if you want to catch them. Sun Tzu’s exhortation to know thy enemy is in full force here, which is not an allusion I ever thought to make in a review of a fishing simulator. Depending on what fish you want to land, you’ll cycle through float, spinning, and ground methods, but please don’t ask me to explain these fishing techniques to you. 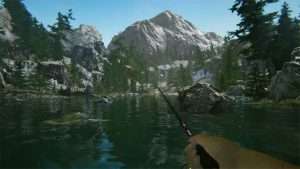 Ultimate Fishing Simulator 2 offers stunning visuals, lifelike fish, and challenging AIs that will keep you entertained. However, the title does build on a practice effect, so don’t expect to go too long between expeditions. While I don’t think I’m going to buy a boat and go fishing anytime soon, Ultimate Fishing Simulator 2 offers a great deal of value if you care for a realistic fishing simulator. Otherwise, you might look for something zanier and more videogame-like rather than this sim.

Ultimate Fishing Simulator 2 retails for $19.99 on Steam, which seems like a lot for an Early Access game, until you experience the graphics. This is a game that will not be for everyone, but if you’re the target audience, you’ll absolutely adore this game.