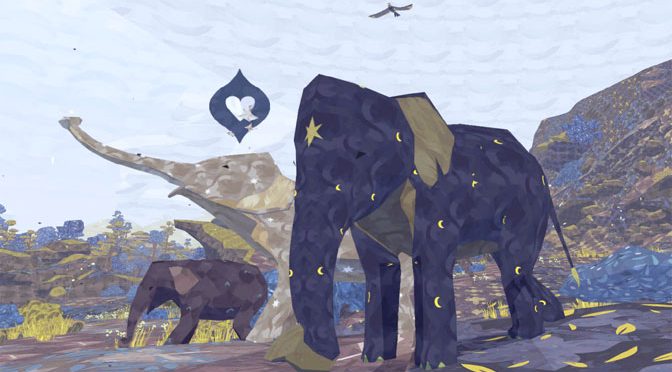 Hello and welcome again to The Modern Gamer! This is Sumroad, writing this from the Serengeti, I’ve honestly never been here, and I wonder if this isn’t the most popular (nor cheap) place to be, but I received an invitation from a friend and I am here, watching the sun going down in this amazing place. If you ever watched those documentaries about this African landmark, then you’ll be amazed by how different and breathtaking in reality is. Anyway, I got carried away, I’m sorry… it is Saturday and I have a recently released game, it is the third part of the Shelter series and if you’ve ever heard of them or maybe played these games then you already have some expectations. Alright so without further due… let’s get down to it with Shelter 3. 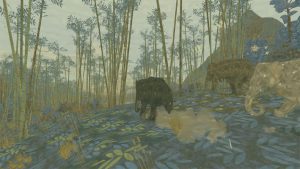 Shelter 3 (S3) is an elephant puzzle game, where you take the role of the leader and guide of your herd after the matriarch failed to keep the group together, so now you’re looking to reunite your small group with the rest. This journey is far from being a walk in the park, you will have to face or avoid dangerous situations, chose the right path and take care of your family. I mean, most people would struggle with one of them and now you have to deal with three!

The controls are based on the classic WASD combo for moving around plus some keys and mouse commands to keep your group going, pamper your calf and replenish your stamina. 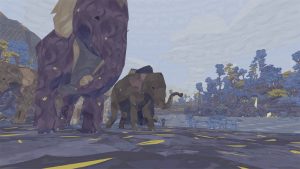 That being said, the game doesn’t have a tutorial so you will have to explore and discover when and where to click and use some commands. I was a little confused at the beginning because I’m used to have some guidance but, in this case, I felt somehow lost, so I just decided to go forward hoping for the best. One thing to note is you have an auto-forward key, which is just great because once you start moving you’ll notice the movement is rather slow and before you start ranting at me because… -duh! These are elephants, not cheetahs!- Let me tell you this can be a turn off for some players, especially if you’re not patient enough. Moving on! I was walking happily with my family, and while doing it they react to your decisions and to the environment. Little hearts or “symbols” above each member of the family will help you take decisions too. Remember this is a puzzle game but you got to think about priorities, food, water, safety, etc.

I thought about that while walking but then I reached a dead end, so I turned right and kept walking, all I saw was dead end (rocks around the small lake high enough to stop you) and after a couple minutes of walking without knowing where to go, a tooltip popped up… and then another one. I said the game didn’t have a tutorial and it’s true, but these tooltips can help you understand a little more of the mechanics of the game. 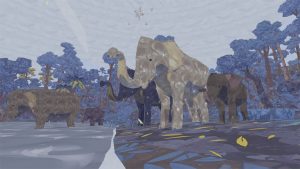 I forgot to tell you there’s a little curved line at the bottom of the screen, I was confused because there’s no clear indicator of what it was, but as I walked by I noticed it drained out so instinctively I knew it was a stamina bar, but I really didn’t know how to get more, I mean, it’s pretty obvious that in this environment stamina would depend on the basic supplies, water and food, ergo, I looked over the place, trying to get some food then I started drinking some water from this small lake and voila! A small share of stamina was replenished, and when I say small… it is small. It took me some time to get my batteries fully back up again and back to the walking, then another tooltip… “middle click wheel,” so I did. The UI changed to a dark shade, leaving the herd in white and some yellow over the map, what was that? I really didn’t know, then I moved the camera and saw this strange indicator in white too. That was my go-to point. Once I reached it a cutscene and then I got to choose one of two paths, each one does have a small description to help you set your expectations, either you’ll find more resources or plain sand, so choose wisely.

In the end, the game is pretty much linear, the yellow marks after using Sense (middle click wheel) indicates food, which is helpful. You just need to be patient and keep walking. 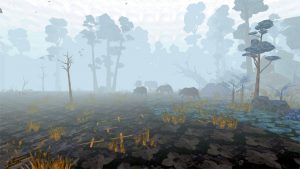 On the technical side, the graphics are hard polygonal with this artistic beautifully design elements that really screams “I AM UNIQUE!” The color palettes feel relaxing and well balanced, turning this game into an experience. In my opinion, Shelter 3 is gorgeous in terms of aesthetics by showing there’s no need for smooth and crisp graphics to shine, au contraire, the graphics are far from original, but the take is awesome, but… yes… but! Sometimes the design is so similar, the herd and the environment blends. It is sometimes hard to really understand how the paths are made and if you really want to go there and waste some minutes walking around or back.

Onto the music and sound department. This part of the game I loved. It adds up perfectly to the experience, not only because it’s beautifully made and executed but because it’s not always there. Allow me to explain… Most of the time the environmental sounds will fill your journey, but then after some triggers, music will show up to brighten up the scene, and as in the vast majority of the games, music describes the situation, giving the player some cues as to how to expect or react, I know that this game is no different, but I believe the blend between environmental SFX and BGM is very well done.

The UI is pretty much absent and if it the stamina wouldn’t be there, then you’ll have nothing. Some may say it is a clean interface, some may say they lack tools and indicators. In my case, I was looking for a map, but it makes sense not to have one, because you rely on the Sense feature to navigate. 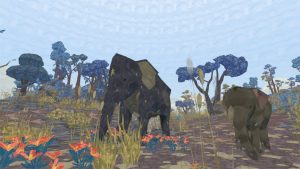 Wrapping this up… S3 is not a game for everybody, it’s maternal side and arguably long and slow mechanics and walks could be just too much for some players. Not having a tutorial is really odd, but if I think about it, we’re taking Reva’s role and she doesn’t have all the tools or even know how to use them and when, so it fits somehow and feels more like the developers tried to match the player’s feelings with our main character’s, I don’t know for sure but that was the feeling I got from it and it’s nice, really nice. I also play on a Mac and I use Active Corners. 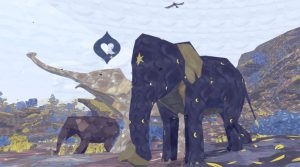 This game relies heavily on your camera and since the mouse pointer is not part of the UI during the gameplay, it was easy to go to the corners and trigger whatever I had programmed on each one of them, my recommendation here is to turn them off before playing this game. Also, I usually use a BT headset while playing and it’s nice, actually, but I believe playing it with surround speakers would be a great choice too. Now, should you get this game? It’s hard to say for me, this isn’t the kind of game we’re used to and as you can see, there are a “couple” ifs you should put into consideration. For me it was a really nice and refreshing experience, I wish I was more patient though. But I guess patience is what we have to have here in the Serengeti anyway. This is Sumroad thanking you my friends and family for your kind reading hoping to read your comments down below, and remember…have a great gaming weekend! Until next time!