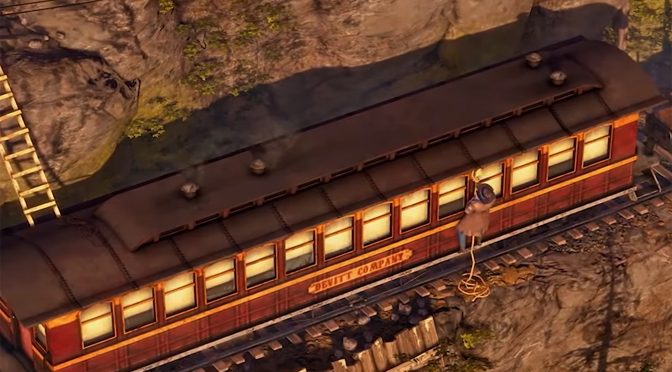 When I was growing up, my parents used to get me these really beautiful story books. The stories were generally good, but my favorite feature were the colorful, illustrated small-scale maps printed inside the covers. I would stare at them for hours imagining heroes sneaking around the various roads, forests and towns depicted. I think of those books a lot playing Desperados III because the game follows the same basic concept, only you get real heroes to tactically maneuver around the gorgeous maps, and can have a lot of fun playing the “what if I did this…” game over and over as you noodle out ways to overcome seemingly impossible odds. 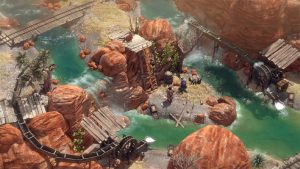 Desperados III is technically a prequel to the main storyline in the series, though you don’t need to have played the others to enjoy this one. Desperados III shows the backstory of the main character, a gunslinger named John Cooper, so whatever he and his gang will accomplish in the future (depicted in the previous games) doesn’t really matter in terms of enjoying this title.

The game is played in real time, although you can pause the game to plan out orders for your gang at lower difficulties and at least slow time down a bit when playing on harder levels. You can view the entire map all the time without a fog of war, so you can intricately plan out how you want your characters to move and which enemies you want to stealthily take out as you slowly conquer the beautifully detailed map that acts as the playing field for each level. 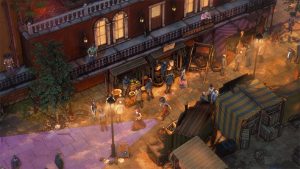 At first, each level seems impossible. There could be 50 or more heavily armed bad guys patrolling the ground between your starting point and your objective. You might even be tasked with killing some of those enemies, like named characters or enemy captains. And these enemies are no joke either. If you go straight in with guns blazing, you won’t survive, and even with an army of bad guys, they will call for reinforcements to easily overwhelm you. As such, success will depend on stealth and tactical thinking.

To help you overcome the long odds, each of your characters has a few special abilities in addition to being able to outright kill, knockout or otherwise attack enemies. For example, your main character, John Cooper, is able to throw a coin to distract low-level guards. If you are clever, you can also use the coin to do other things like enraging a horse or a bull. Do that at the right time and you can get the animal to kick or gore a guard, which could take someone out in a natural-looking way that doesn’t call attention to your presence. 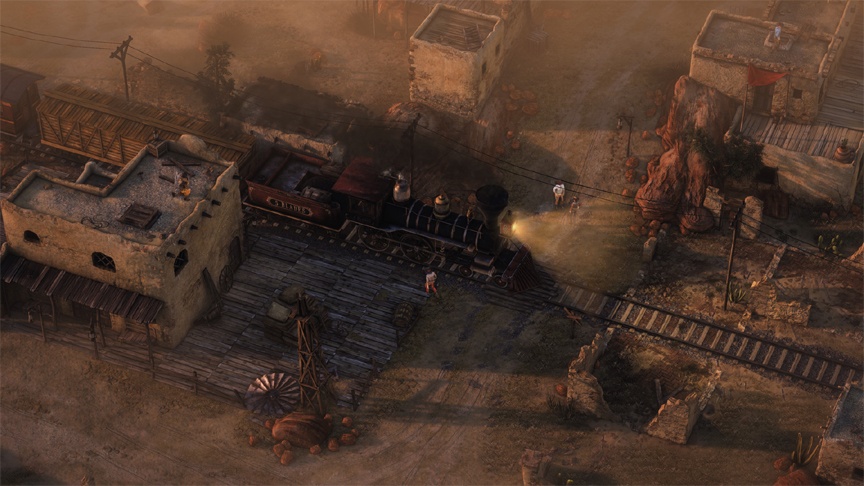 Most characters also have secondary utility skills. For example, my favorite character, trapper and strongman Hector Mendoza, is able to carry two bodies at the same time. Since you will need to move and hide bodies to keep other guards from raising the alarm, being able to carry two bodies helps a great deal in crowded levels when you don’t have much time to clean up your work. You will probably mostly be using Hector to kill high-level bosses in one shot with his axe, or ensnaring wandering patrol guards in his deadly beartrap, but don’t forget about his secondary abilities as you figure out how to tackle tough levels.

Another useful but secondary skill falls to Kate O’Hara. She can flirt with guards and draw their attention away from critical areas, letting the rest of the team sneak through gaps in the security perimeter. But it won’t work in highly secure areas since Kate should not be there in the first place. However, you can use her disguise skill first, assuming you can find a girl in the area willing to take a little nap (after being knocked out) so Kate can borrow her clothes. Properly disguised, you can then flirt away within the security perimeter. 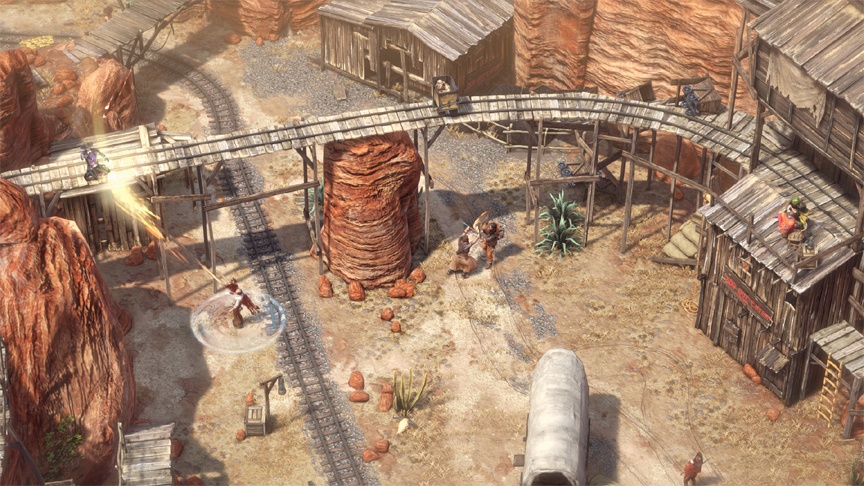 Other characters include Doc McCoy, who is both stealthy and has a limited use, silent sniper shot, and Isabelle Moreau, a voodoo mystic who can temporarily beguile enemies. All of the characters are unique and fully voiced to the point where you really learn their personalities as they comment on the various things you do during each level. You almost learn more about the characters during their gameplay interactions as you do in the cut scenes.

You won’t have access to all the characters in every level, even after you unlock them all. The key is using the characters you do have in complementary ways, like having Cooper toss a knife at a nearby opponent while, at the exact same time, Doc McCoy fires his sniper pistol at a distant enemy watching over the area. Being able to pause the game and plan moves like that is really fun, especially when it all goes perfectly. When things are going well, it almost seems like it’s the enemy army that is at a disadvantage when facing your ragtag crew. 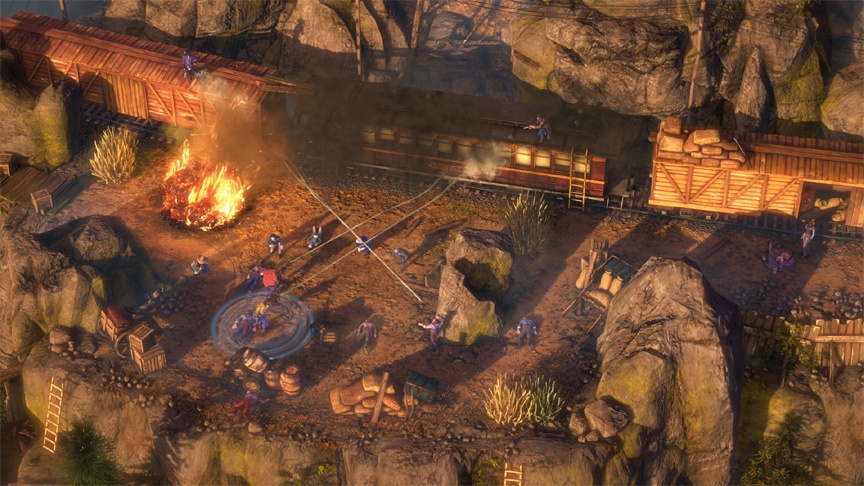 Of course, things don’t always go well. There are so many enemies that it’s easy to overlook someone and get caught when performing a complex maneuver. There are also always very limited windows where you can act, so it’s common to be a step early or late, and compromise your entire mission. The game encourages you to save scum, which lets you try different tactics over and over again until you find a strategy that works. Some people won’t want to play that way, and that is fine, but for most of us, this is actually an enjoyable way to approach tactical wargaming.

The other really fun thing about the levels is that there are a lot of hidden ways to eliminate enemies, like knocking something heavy down onto them or otherwise using the environment to make the kill for you. You will sometimes learn about these by listening to enemies or neutral townsfolk talk about them, as in, “That old church bell is so rickety, if it falls down during Sunday service we will be in real trouble!” or something like that. Once you overhear that, a note will be added to your information panel. You don’t have to exploit those little foibles, but they are normally some of the most humorous ways to eliminate tough opponents. You also don’t have to overhear someone talking about it to take advantage of an opportunity. It’s just one more way that developer Mimimi makes the levels in Desperados III seem more alive. 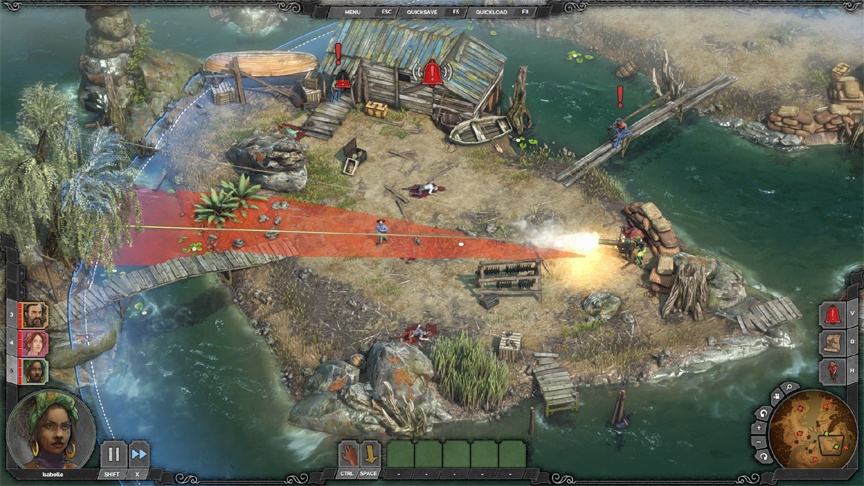 At the completion of each level, players are shown a tactical map with dots representing enemies and your characters. A time-lapse movie plays that plots your course through the level, detailing every time you took out an enemy, hid a body or achieved an objective. This after-mission debrief is actually really enjoyable to watch, and makes you want to replay levels to try and tighten up your techniques.

Desperados III is easily the best of the tactical-level, small scale RTS titles available today. The levels are both gorgeous and ingeniously crafted. The characters are interesting and show a lot of personality through their dialogue. And the sheer number of options and opponents in each level should provide a lot of replay value, especially for those who need to know if some crazy new plan would actually work. 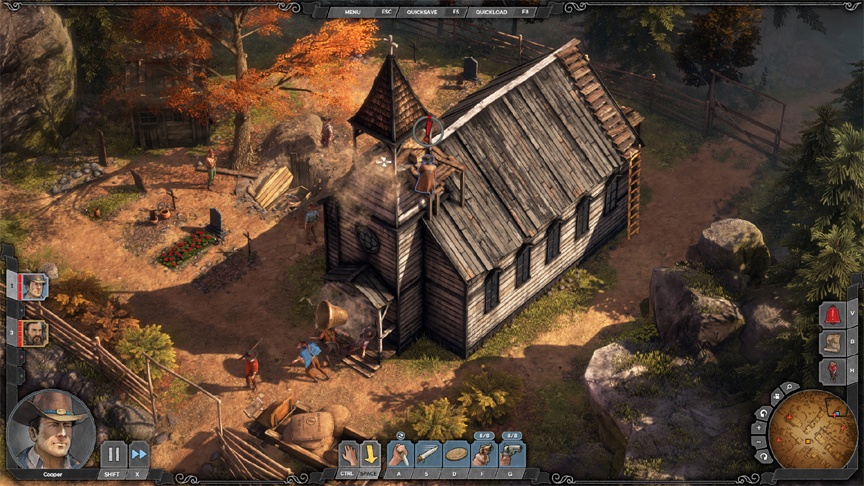 Tactical gamers should definitely give Desperados III a shot. But even those who don’t play in this genre a lot should find a lot to like, if not love, about the game. It can be pretty forgiving at lower difficulty levels, and brutally challenging when set higher. In short, there is a little something for everyone in Desperados III. It easily earns 4.5 GiN Gems.