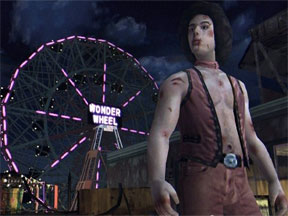 Movies in the late 70s were known for depicting all things dark and moody. After all, we have seen movies based on disasters (such as Towering Inferno, Earthquake, and the Airport series), as well as other films of dystopian futures (including Soylent Green, Logan’s Run, and Death Race 2000). It is no surprise that a film about gangs taking over New York City would come to mind, and that’s where Walter Hill’s The Warriors comes in.

Based on a novel written by Sol Yurick, the 1979 motion picture depicts the dark side of the Big Apple, where gangs are running rampant. The largest gang, the Gramercy Riffs, and their leader, Cyrus, call for a general truce to attend a massive conclave. Cyrus’ idea is that since all the gang members in the city, rounding off at near 60,000, outnumber the 20,000 police officers, the way to control the city is for all the gangs to merge as one. But during the speech, a shot rings out, and Cyrus falls off the platform dead. The gangster that fired the shot, the Rogues’ leader Luther, accuses the Warriors of pulling the trigger. Without warning, the Riffs attack the Warriors’ leader Cleon, who is bludgeoned to death. Admist the chaos, the rest of the Warriors take to hiding, with only one goal: to reach their Coney Island turf, over 20 miles away.

Rockstar’s game version of the 1979 cult classic movie actually begins three months prior to the fateful meeting. During the game, we learn how the Warriors start from two defectors from a rival Coney Island gang called the Destroyers, how they recruit the remaining seven members, and build up their rep in order to attend the massive conclave. In the 23 missions during the main story mode, only the last five are taken from the movie. In doing so, Rockstar found a way to turn a 93 minute movie into a gaming experience that can last for 10 to 15 hours.

As expected, the majority of the Warriors gameplay is street fighting. While most fighting games can be labeled as repetitive, that is not the case for The Warriors. The combat system is simple, yet hides a surprising amount of depth. The controls consist of light attack, heavy attack, grab/throw, dash, target lock, action, and a special rage mode that is executed by pulling both triggers once the rage meter at the top of the screen is filled up. When active, the Warrior in control becomes near invincible, his attacks become more powerful, and the use of a deathblow is now available. For instance, Swan’s deathblow concludes with a devastating backbreaker!

Another unique control available is the Warchief system. By clicking and holding the left thumbstick, a menu appears that is controlled by the right thumbstick, and when the left stick is released, it transmits the command. Commands available include, Let’s Go (follow the Warchief,) Hold Up (stay in position,) Watch My Back (provide defensive coverage,) Scatter (disengage and look for places to hide,) Wreck ‘Em All (break formation and fight,) and Mayhem (destroy everything in sight.) While getting to the right menu choice can be tough in the heat of battle, the use of the Warchief system is a must to finish alive.

Fighting isn’t the only thing to do in The Warriors. The game also includes touches of past Rockstar classics. There are touches of stealth gameplay a la Manhunt, NPCs can be mugged and assaulted like in the GTA series, and there is even a touch of State of Emergency in terms of the overall chaos. Cars can be broken into, and eight-track stereos can be stolen for cash. Stores can be broken into as well for extra money. Rival gang tags can be covered over in the style of Jet Grind Radio, and chase sequences straight out of Shenmue complement the overall experience.

For a game based on a cult movie that is over 25 years old, Rockstar Toronto went all out on the presentation. In doing so, the game looks straight out of the movie. While the graphics engine looks a little primitive, the overall look of a bleak 1979 New York City is recreated perfectly. For movie buffs, the intro video is a near perfect recreation of the opening sequence in the movie. Starting with the neon illuminated Wonder Wheel, the shots of all the gangs heading to the meeting, with conversations of all the Warriors taking place are intact. Even all the key scenes from the movie are faithfully recreated, dialogue and all.

In keeping with the dialogue, Rockstar Toronto was able to obtain most of the original film cast. Returning are Michael Beck as Swan, as well as James Remar (Ajax,) Dorsey Wright (Cleon,) David Harris (Cochise,) and Deborah Van Valkenburgh (Mercy.)

Sadly, the original actor who played Luther (David Patrick Kelly), did not return. His voice double is competent, but it would have been great to hear Kelly recreate the famous line that he improvised: "Warriors".come out to plaaaaaaaaaaaaaaaay!!!!!" Nonetheless, despite being in their 50s, the main cast sounded convincing, especially James Remar.

I always thought his character Ajax was a badass to deal with, being the true muscle who abuses women and calls his fellow Warriors a term that rhymes with "maggot" if they don’t accept his ways.

The remaining voice cast do an excellent job as well. The original actor who played Rembrandt passed away from cancer about 20 years ago, but whoever played him in the game sounded almost identical. The same can be said for the DJ, who was originally played by Lynne Thigpen, who died in 2003.

The musical score is also restored from the original soundtrack, and from what I can remember, when a certain track played in the movie, so did it in the game.

Bonus modes are plenty. In addition to the main story mode, there is a rumble mode with tons of multiplayer options. Available are 1-on-1 fights, 5-on-5 fights, 9-on-9 War Parties, Survival Modes, Have Mercy (Capture the Flag with Mercy in place of the flag,) King of the Hill, and Wheelchair Racing. In addition, the most unusual bonus feature I have ever seen is Armies of the Night, a virtual spoof of Double Dragon featuring Swan and Ajax versus all the gangs in the movie, leading up to a final battle with Cyrus’ ghost!

The only thing that is missing is an online mode. It would have been great to see gang warfare taking place on Xbox Live, but still it doesn’t detract from an overall excellent package.

Rockstar took a big risk in making a game based on a 25 year old movie that is best known for having cult status, but once again they defy belief. By turning a 93 minute long film into a long gaming experience, The Warriors not only comes out as one of the biggest surprises of the year, but also one of the best fighters we have seen in a long time, maybe going back to the SNES days.