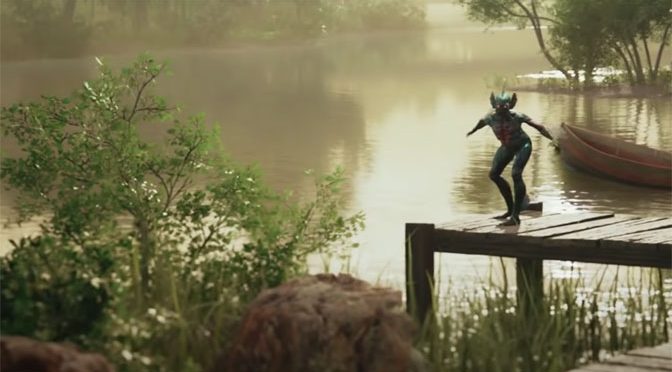 As deep as The Witcher 3 Wild Hunt is, I can only go back and replay the core game and it’s equally excellent expansions so many times. It’s gotten to the point where I almost know the cities and towns in the game as well as my own neighborhood. So I was pretty excited to hear about The Witcher Monster Slayer, a new mobile game that uses augmented reality technology to actually bring the world of The Witcher into our real world. 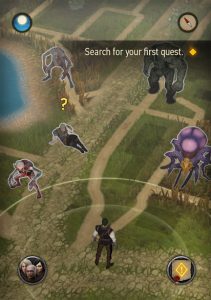 In The Witcher Monster Slayer, you play a brand new witcher freshly minted by your school. The exact timeframe when the game is set is not totally clear, but given the fact that you are one of supposedly hundreds or even thousands of new witchers, it’s likely long before the time of The Witcher 3 or even the entire Witcher series. This is clearly a time when wandering witchers were commonplace, their guilds were highly respected, and monsters were everywhere following the conjunction of the spheres event. But all you have to know is that there are monsters aplenty for you to slay.

Monster Slayer is made using Google Maps, so almost all of the real streets and roads that exist around your home should be represented in the game. Around my home there is an extensive network of walking paths, and I was highly surprised to find them in the game. These are paths within our neighborhood that only occasionally have exits to the main streets. They are little more than sidewalks through the woods, so no Google cars ever drove through them. Still, they are in the game, which is pretty cool.

Your phone’s GPS will track you as you walk along the roads, streets and paths. It will work whether you are on foot or using a faster method of transportation like a bike or a car. In fact, your witcher will hop aboard a horse in the game when you are moving really quickly. The game does launch a popup asking you to confirm that you are not driving when that happens. Obviously trying to play the game while you are driving is very dangerous, so confine your monster slaying to when you are on foot or maybe riding in a car as a passenger. 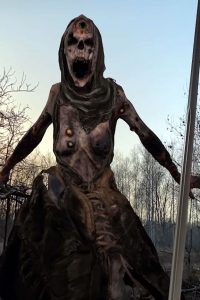 As you adventure you will see monsters on the map, mostly attached to the various roads so that they are all accessible. You have to get relatively close to them in order to initiate a fight, and some of the creatures will have skulls over their heads to designate that they are too powerful for you to fight at your current level. You can still fight them if you want, especially since there is no penalty for losing a fight other than whatever resources you committed to the battle.

When you bring up a monster to fight by clicking on it, you will be given a list of monster vulnerabilities, like whether it’s better to use steel or silver swords against them, or what kinds of damage like fire or kinetic will most hurt them. At lower levels, these details are key because selecting the right kinds of oils, potions, weapons and witcher signs will make victory a lot easier. The game has a pretty steep difficulty curve that doesn’t start to level out until you get up to about 10th level. So expect a lot of frustrating encounters early on, though again, there are no penalties for losing a fight other than spending whatever oils, potions and consumables you devote to it, if anything. 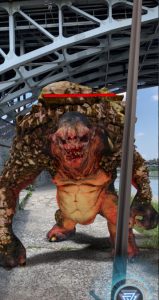 Fights are real-time battles where you swipe your finger across the screen to strike at a monster. Fast swipes equal quick swings while slower ones are for strong attacks. You can also use witcher magic like igni attacks to deal fire damage and eventually arid to deal kinetic damage once you earn enough experience points to buy a new sign. You can also toss bombs to give yourself an edge.

And while you are doing all of that offensive attacking, the monsters are trying to hack you to pieces. You get a red symbol when they are about to attack, but a well-timed parry (by holding your finger down in place) can mitigate some of that damage. 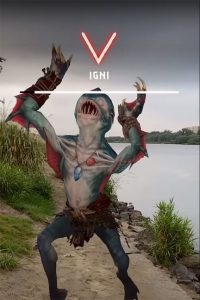 Battles can be fought using augmented reality which is neat because you see the real background as you battle. But you can also turn the AR part of the game off. If you do that, you still are walking around using real maps, but the combat sequences will have a generic background. Really, the AR part of the game is pretty cool at first, but I turned if off after a while which seemed to speed up the gameplay a little bit (monsters are then always rendered in front of you at the start of combat so you don’t have to “look around” for them) and also saved a fair amount of battery power for a game that is a pretty big drain on it.

After a successful battle you earn monster pieces which you can use to brew potions and make bombs for future battles. You also earn experience points which help you to level up. And as you level up, you get skill points which can be invested into making your character stronger and more effective. 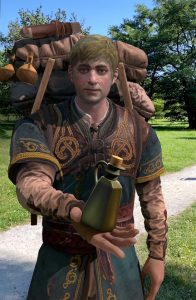 In addition to just walking around fighting monsters, there are also two other quest types that you can accomplish. The first are witcher contracts and involve doing something like killing three of a certain type of monster. Completing those will earn you gold coins, which is the premium currency in the game. There are also major quests where you interact with NPCs and have to complete multiple stages before getting your final reward.

Gold in important because it’s the only thing you can spend in the store. For example, you don’t start the game with a silver sword, only a steel one, which severely handicaps your monster slaying efforts. To get a silver sword, you need to spend 1,800 gold pieces for the cheapest weapon. Since the only way to earn gold is through those major quests (or to spend real money to buy it) and because you earn gold in 50 or 100 piece chunks, it will take a long time to get that sword. For example, it took me about a month of grinding to obtain a silver sword without spending any real money.

One possible negative with Monster Slayer is that you really do need to move around a lot to play the game. Monsters are often spaced really far apart, and when following major quests, you can be tasked with walking over a mile or so while completing the various quest stages. Walking for a mile is actually one of the aforementioned minor witcher contracts that you can complete for extra gold. This gave me a nice excuse to get out and exercise, though it would be much less enjoyable if it were not summertime outside. The Witcher Monster Slayer is not a game you can just play from your home because it can take hours for whatever monsters are normally lurking nearby to respawn.

Comparisons with Pokémon are obvious. For me, I enjoy The Witcher Monster Slayer a lot more because of the combat and the witcher theme of the game. But it’s also pretty clear that Monster Slayer is not nearly as polished. Everything works, but the developers are doing a lot of game balancing, and hopefully that means that it will continue to improve over time. 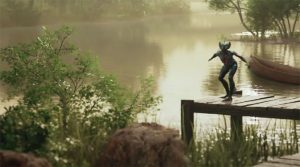 The Witcher Monster Slayer is a clever way to set witchers out on the path in real life. It’s a good mobile game, and a perfect excuse to get out and enjoy some sunshine and get a little exercise while you save your neighborhood, town, local parks and other places from the scourge of augmented reality monsters. The game is free to play, so there is no reason why budding monster hunters should not load it up and take a swing.

See you all out there on the path!