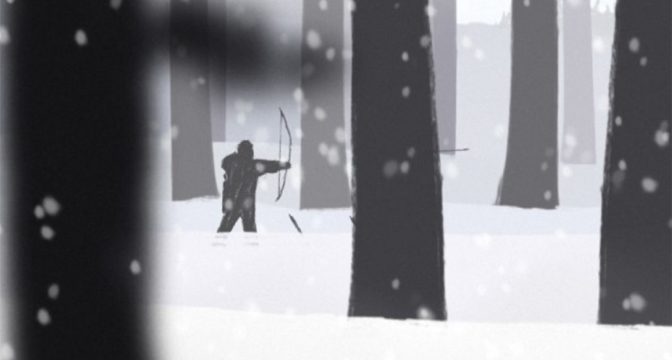 Huddled around a campfire for warmth as the day gave way to night, a story is told to explain the world they live in; why the winter’s grip is so harsh and why the beasts of the forest hunt. This was the way the world came to be understood by many for centuries before science and society became common. This weaving of tails that became tribal cultures is what drives the finno-urgic inspired Mooseman. A tale that journeys through the world of man, spirits, and gods, The Mooseman is a journey and experience in the truest sense of those words.

Based around Finno-Urgic Pagan cultures, The Mooseman has you playing the titular shaman as you make your way the three worlds: The Middle (the land of man), the Lower (the land of spirits), and the Upper (the land of gods) to explore and learn of the legends and mysteries of these pagan tribes. The story of The Mooseman is truly the best example of how history is best served as a story. With the story telling taking place as the narration of a tale of creation and life, the game’s effort to have it play out like the ancient legends of a time long past truly pays off, as the journey you take is both engrossing and deeply interesting.

What makes the narrative truly special is as you move throughout the roughly hour-long experience you not only undergo the spiritual element of the tale but you also can encounter symbols and idols that take a more educational approach offering you the importance and explanation to many of the visuals within the world. Even without the direct knowledge the adventure you set out upon will leave you with a feeling of wonder and understanding of the legends that have long been hidden away by time. 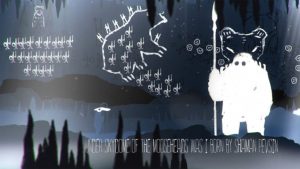 Artistically, The Mooseman is truly special using the Perm animal style for it’s art direction and driven by a powerful folk Komi score, the narrative and the art all come together to for a harmonious experience like few other games have managed to do. The minimalist design that is found in the Perm animal style, a style that would most likely be described as similar to native tribal art, is perfect for tale as the environments are breathtaking yet simple as the emphasis between the relationship between light and dark are heavily emphasized. This design truly steals the show as you can truly feel these stories and legends come to life creating an almost child like wonder for the story.

The score is just as incredible, in a way very similar to the art and story, relying on the idea that less is more. While you often travel through the game with nothing but the sounds of movement and the world around you, when the ebb and flow of the Komi songs enter the scene they truly drive whatever it is you are experiencing. Whether it be the lighting of spirits or flying through a storm the soundtrack is truly just as special as everything else in the game. The narration to the game is small but well done in its native Russian tongue, another piece of depth that adds to the experience. 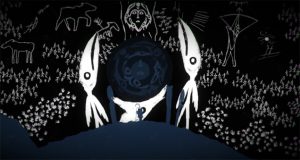 The core gameplay of The Mooseman is very straight forward; you continue to move forward as you figure out small yet interesting puzzles. These puzzles range from as simple as waiting for a bear to go to sleep to the slightly more mathematics as you figure out how to get a killer bird out of your path. Most of these puzzles are less in the way of directly challenging but more journey enriching as they are all part of the tale you are experiencing. While it may disappoint those looking for a more deeply challenging puzzle experience the depth it provides to the story cannot be understated. 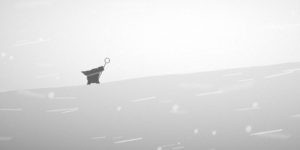 Truly The Mooseman is more of an experience than anything else as you explore the tribal yslrd rarely spoken of in today’s modern world. It creates an understanding and respect for these legends as they give you a small taste of what it was like sit around a fire hearing the stories of creation and the tale of life itself from those who had experienced life in it’s most natural form. Whether already interested in the culture presented or simply looking for a journey that truly stands alone, I cannot recommend The Mooseman enough.