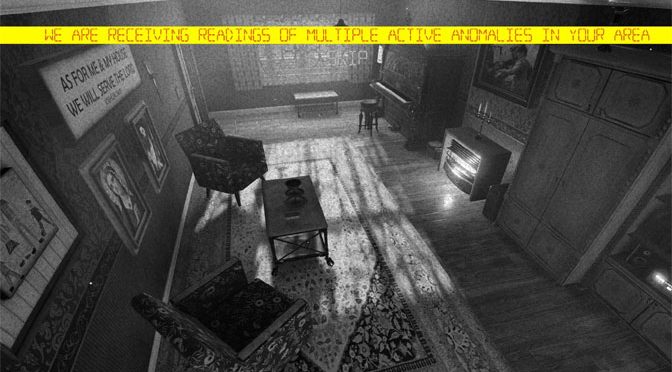 When the I’m on Observation Duty 5 game first popped up on my Steam suggested games list, I didn’t realize that it was the fifth game in a long-running series (not noticing the 5 at the end of the title). So, I thought this was a relatively new kind of game, but it turns out that developer Notovia has been working on this series since 2018. It’s still an innovative idea and a unique way to present a horror title, and clearly people are enjoying the series. So, I may be late to the party on this one, but it’s a pretty cool party. 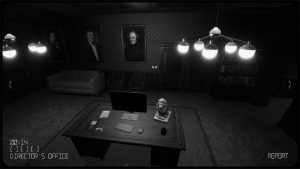 There is almost no plot in I’m on Observation Duty 5, but the game really doesn’t need one. The story for the game may have been explained in previous titles, but it’s easy enough to grasp for someone like me jumping into the newly released fifth iteration of the series to pick up. You are employed by some kind of government agency tasked with defending the world against supernatural incursions and other horrors from beyond. You do this by watching surveillance cameras set up at locations where supernatural activity has been detected. When you see something strange, you report it using a check box form that includes the exact location that the supernatural event is happening (basically the name of the room like bedroom 1, classroom 2, toilet, hallway, etc.), and then the type of event you are seeing. If you have correctly identified an anomaly, your agency will “fix” it and return the room to normal. When they do that, the anomaly will disappear, and the world will be safe once again. 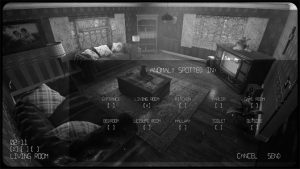 I’m not really sure about the logic of the game. Somehow your agency has the power to remotely remove anomalies and even dangerous entities from the world, but only after you file a report about them. I guess that is why government bureaucracy and paperwork is so powerful or something? But if you can set that logic aside, I’m on Observation Duty 5 actually presents a fun and unique way to experience a horror title. And surprisingly, it can get pretty exciting too as the anomalies pile up, and you have to race to find them all before the supernatural invasion overcomes the area.  If an invasion successfully overcomes the area, this results in a game over and apparently in the death of the player too.

The game is played by looking at about five or six different security cameras positioned around the haunted location. You can only view one of them at a time and need to memorize what the rooms look like so that you can spot any changes when you flip back to them, so a good memory is required. Most of the haunted areas are public locations like schools, offices, train stations, grocery stores and places like that. All of the places you observe are closed, so there should not be any living humans wandering around. In fact, 90% of the time when you go to a room’s camera feed, you are going to see a still, black and white image of the environment in front of the camera. It will be up to you to spot any differences in that picture from the last time you scrolled over to the same room. 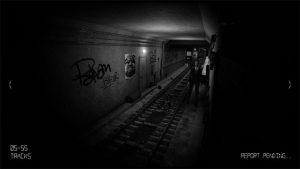 There is a wide variety of possible differences that can be introduced into a room, and some are much easier to spot than others. A new object can be added which was not there before. Or something like a bench or chair can be removed. The screen of a computer might change, as can a picture on the wall. Those can be difficult to spot, especially since the camera feeds are all black and white and clearly not HD-quality. Other more obvious anomalies include objects moving around the room, bright lights hovering where they should not be, and even the incursion of malevolent spirits and strange or ghostly people. That last group is good for a jump scare, especially if they are right up in the camera when you flip to a room. They are also dangerous, as they can kill you through the camera feed if you look at them for too long. 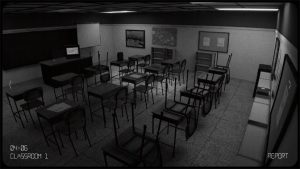 When you spot an anomaly, you push the Report button. This brings up a basic form where you need to first check the box that shows what room the anomaly is occurring in, and then identify the type of anomaly. And if the anomaly is an intruder, you probably should quickly move the camera feed to another room just to be safe prior to reporting, as most intruders can kill you if you are looking at them. Thankfully, you don’t need to be looking at a room to file a report about an anomaly there. After a few seconds, the agency will either accept your report and fix the anomaly or tell you that you got something wrong and there is nothing they can do. 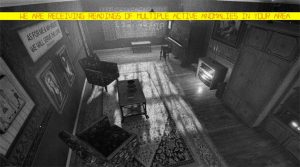 The goal of each level is to survive the night. The game tells you what time it is in the corner of the screen. You die if one of the aforementioned intruders kills you, or if too many active anomalies are present in your location. The agency will warn you if they are stacking up. If you get that warning, you need to pick up the pace. Nights generally start off pretty slow and then get more active as your shift wears on. 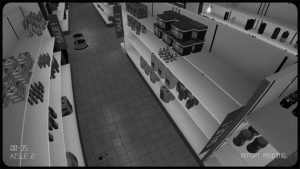 There are a few features that I wish this game had to improve its quality. For example, being able to point to an anomaly instead of filling out a form might be nice. Also, when you die because too many anomalies stacked up, it would be good if the game would show players which ones they missed. Because there were times when everything looked perfect to me, and yet the game still ended. So, I would like to see what I missed, not just to help out on the next run, but also for my own satisfaction. Otherwise, we kind of have to take the game’s word for it that we lost. 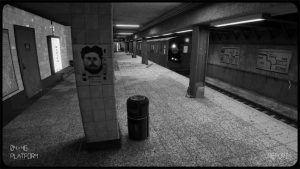 The I’m on Observation Duty 5 game is something that anyone can play. It only requires a sharp eye for detail and the persistence necessary to keep your attention glued to the screen for an entire night’s shift. You will likely die the first few times you play a new level as you work to memorize how all the rooms are supposed to normally look, but once you do, even the smallest anomaly popping up within your domain should be obvious. I found that for me, I would die about five times on average before I had the complete layout memorized to the point where the evil spirits were no longer able to sneak things past me. 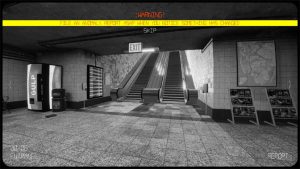 As such, it took me about 12 hours to play through all of the various levels and survive until morning. For a $10 game, that’s a pretty good value, assuming you like the gameplay that it offers.

I’m on Observation Duty 5 earns 4 out of 5 GiN Gems. If you are looking for a unique way of playing a horror game, then fire up the old CCTV and give this one a try.