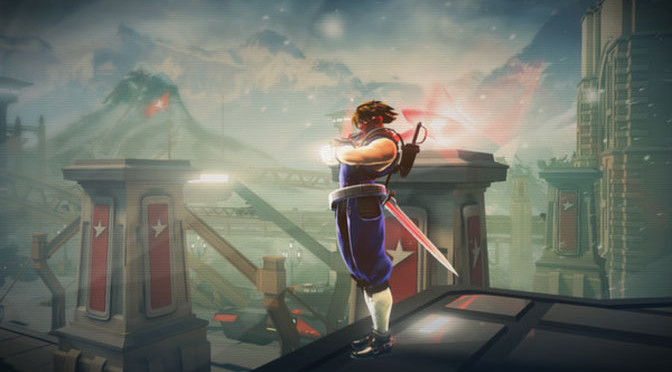 Double Helix is on a roll lately. This is the company that helped revitalize the Killer Instinct franchise on the Xbox One, and with the release of Strider, as well as their recent acquisition by Amazon, the days of poorly made licensed games are a thing of the past.

With Strider, Double Helix shows that they may have found a new trend in making remakes good again. I will admit, I never was a huge Strider fan before. I originally played the NES version which I later found out was a side story compared to the arcade original. The latter I eventually played on the Sega Genesis, but the final stage, with its inverted gravity and frustrating difficulty, turned me away to the point of not finishing the original game.

I didn’t even get the chance to play the two follow-ups that came out, the poorly received Genesis sequel Journey Into Darkness: Strider Returns and the official PlayStation Strider 2.

But when I heard that a reboot was being made for next generation consoles, with Double Helix at the helm, I was curious to see how it turned out. I’m happy to say they are still fresh off the success of Killer Instinct, as it carries over here.

Strider 2014 is basically a reboot of the original arcade game, in which Hiryu, the youngest Special-A class Strider assassin, is dispatched to KazakhCity to eliminate Grandmeister Meio. And just like the arcade original, Hiryu is a hack and slash specialist who also acquires special abilities and Option based followers.

The difference here is where the arcade game featured five linear stages, the reboot is set in a “Metroidvania” exploration style setting. But thankfully Strider fits more in the good, Shadow Complex style of gameplay rather than the poor Rush ‘n Attack: Ex-Patriot mess.

However, unlike other Metroidvania style games, Strider tends to do a little too much hand-holding, as the radar in the upper right hand corner shows the distance to your next objective. And even though there are various items to uncover (such as health and Option energy extensions) as well as unlockable enemy intel and concept art, the gameflow feels more linear than usual.

But that’s not as bad as it seems because the combat is absolutely satisfying. Hiryu’s controls are smooth and very responsive. Even when learning new Option based attacks and plasma skills, there is no break in the action. Double Helix needs to be praised for its attention to detail that they are starting to really learn.

And that detail can go with the graphics and sound of the game. All the details of KazakhCity, as well as the way enemies are sliced in half before exploding, are left intact. Same for the music. They even went as far as making a few nods to the NES game in the soundtrack. The detail is just outstanding, at least on next generation. The game runs at 1080p and 60 frames per second (though the Xbox One version has been reported to have slightly more graphic detail.) Sadly the Xbox 360 and PS3 versions are reported to be at only 720p running at 30 frames per second. One thing’s for sure, the next generation game is a looker!

In the end, Strider is officially back, and at $15 is a darn good deal.

Once again, there is a remake that does a great job at restoring a classic franchise! The 2014 Strider is truly worthy of his Special-A rating!

Pros: Another reboot of a classic franchise done right! Combines elements of the Arcade/Genesis classic with that of the NES side story. Lightning fast gameplay, especially on next generation consoles

Cons: Previous generation console versions capped at only 30fps. Some bosses can be frustrating until the pattern is found. Exploration still feels a bit linear due to hand holding.