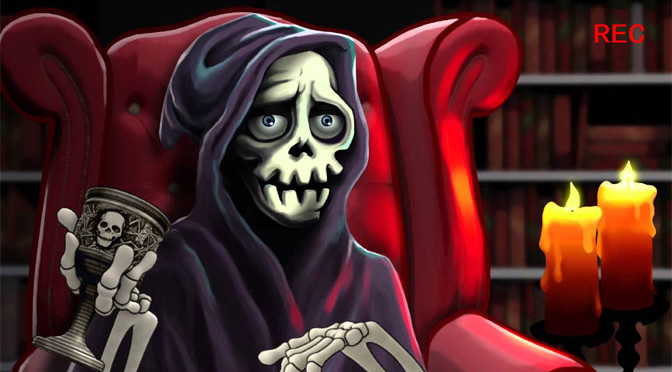 Zombie games have always made video games fun and entertaining. Whether it be shooting at zombies or playing as a zombie, these games find a place in every gamers collection.

In the game Deadlings for iOS, the player controls different zombies, each given randomly at the start of the level. Deadlings is a puzzle game where the player’s choice of zombie will make the level more or less successful. The main goal of the game is to guide one of the zombies to the exit teleport chamber. Each level is different with buzz saws and spikes that have to be jumped over so your zombie does not get killed.

When the level is completed, the player gets a star. If the player completes the level within a certain amount of time, another star is awarded. Multiple brains can be collected in each level. When all the brains available in the level are acquired, the player can obtain another star. Gaining stars gives the player skulls, which are used for different abilities, such as taking away buzz saws, reanimating dead zombies, or gaining more zombies.

In Deadlings, each level starts off with choosing which random zombie the player wants to start off with from a chamber. Making the zombies jump, the player just has to tap on the screen, to make the gas zombie fly just press and hold on the screen.

With tons of zombie games out there, in most of which the players shoots zombies, it’s refreshing to play as a zombie. This game is a fun puzzler. Deadlings for iOS earns a 4.5 GiN Gems for, you know, using its brains.