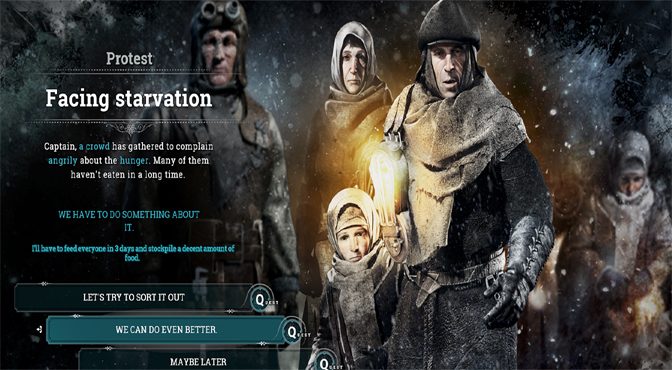 I will admit that I am not a huge follower of the steampunk community. There are times that I go to an event like MAGFest and see people dressed up in steampunk costumes but it just never clicks to me. But on the other hand, I am a sucker for a good city builder/resource management strategy game. So when I was given the honor to review Frostpunk on my laptop, I went to it with a sense to resistance. I saw the minimum system requirements and I feared that it would not even run well on my two-year-old gaming laptop. 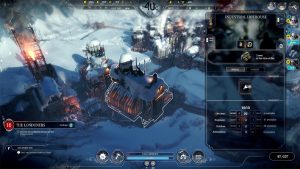 But eventually, I loaded up the game, and to my shock, I was instantly hooked. It all started with the way the game opens up. Taking place in an alternate 19th century, a new Ice Age has taken over the planet and in a mass exodus, you lead your people up north to set up what appears to be the last city on Earth. Setting up a massive generator, it is your duty to build the city to a level where your settlers will be able to thrive despite the constantly dropping temperatures.

[amazon text=Treat yourself to an amazing steampunk experience at negative 40 below with a copy of Frostpunk from Amazon!&asin=B07BHS4CNQ]

The whole building aspect starts off easy, collecting coal to fuel your generator, wood to build housing, hunted food to satiate your settlers, and steel to advance your structures. But the most important element that your city needs is heat. While your main generator can process heat, it won’t be enough to fill your whole city without draining all your coal.

Another huge element that is vital to your cities success is hope. To your settlers, having a sense of hope moves them forward to their goals, despite the challenges and even possible discontent. 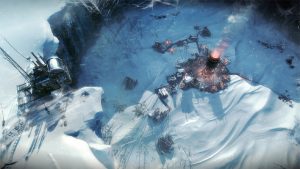 As the city grows, more policies can be brought up into your code of laws that can either help or harm your city. Do you want to have children take part in all jobs at the risk of possible injury or death, even though it helps procure resources quicker? Or do you want to have them do simple tasks such as cooking? Do you want to give them full meals that deplete at a faster rate? Or subject them to nasty tasting sawdust-filled soup? Do you want to have your workers do their job at scheduled hours, or enforce 24 hour shifts at the risk of making your people angry? Each choice you make will make a huge factor in your city’s hope and discontent levels. 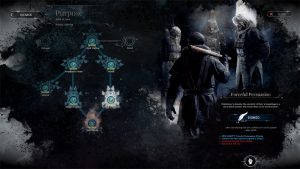 Eventually you will also send scout teams out to locate other settlements and lost survivors. They can also be used to help find more supplies in bulk or a constant supply that is delivered over time. The initial few days of the game do an amazing job in showing how the aspects of Frostpunk work out.

And then the real challenge comes. 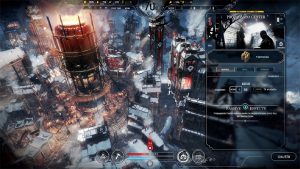 A mysterious person arrives at your city with a proclamation that your original home is now gone and no survivors are left. Needless to say, that brings discontent to a peak, and doing what you can to bring your people to your site is quite the challenge. It is made more difficult when you have a group called the Londoners trying to coax survivors to join them in leaving your home. To combat them, you are given two additional law branches to choose from. One is based on faith, using religion to help calm your people. The other is based on maintaining order by any means necessary. 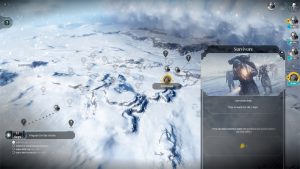 The game is as a result, very difficult, but much to my surprise, instead of quitting, it made me want to go back to play over and over again. I will admit the highest I got was day 20 before I was exiled out into the cold. I will keep going back to this game and see if I can survive the full 40 days. In addition, other scenarios unlock after a set number of days are reached, expanding more to the Frostpunk universe, and I’m looking forward to more. 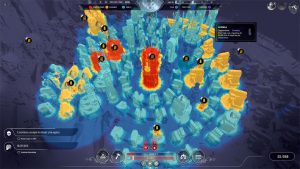 My biggest concern as I mentioned above was the system requirements. The minimum requirements are a 3.2 GHz dual core processor, 4GB RAN and a GTX660 or Radeon R7 370, while recommended is a 3.2 GHz quad core, 8 GB RAM and a GTX970 or Redeon RX 580, way above my laptop’s specs. In the end I played the game at 720p resolution, mid to high settings. Most of the game ran at about 40-50 frames per second which is a decent playing experience, but for lower specs, your mileage may vary.

But for those who can get this game to work properly, get it now! It is a very difficult challenge, but Frostpunk is well worth the time to settle in and try to survive nights of negative 40-degree arctic horrors. 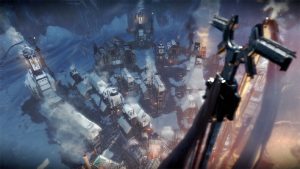 Pros: Whoever thought of the idea of building a city in sub-zero temperatures is a genius. Very easy to get a feel for the game. Multiple scenarios unlock upon surviving a set number of days.

Cons: While simple to learn, the game itself is relentless! Some people might get turned away from the levels of micromanagement, while others will love the challenge. Might be a bit demanding for lower level PCs.