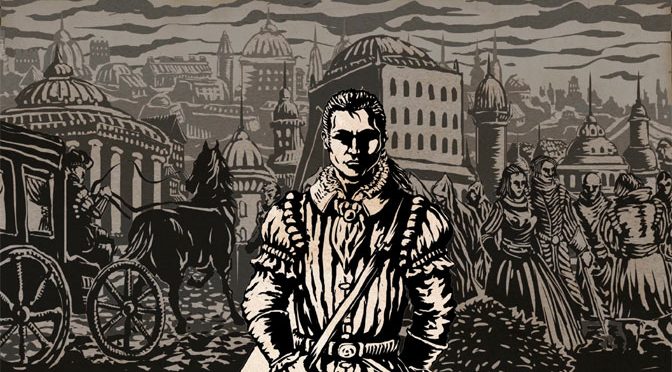 The Life and Suffering
of Sir Brante 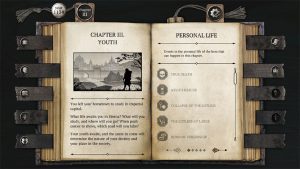 Fair warning, the game world is highly detailed, but also very dark and unforgiving. Unlike many games where you start off with some kind of heroic undertone, you are a lowly peasant here, and the entire world seems designed to keep you there for your entire life. Yes, there is a way you can rise above your station, but even then you will run into new challenges that are designed to make sure you don’t rise any further.

You see, the game world is ruled over by two gods and they have “helpfully” divided everyone up into lots or castes. Everyone is either a commoner, a priest or a noble. And these roles are highly exaggerated to the point where a noble can pretty much go around beating up and even killing commoners without retribution and the commoners are not even expected to fight back. 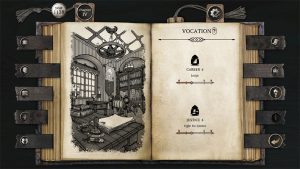 Basically the commoners are told that their lot is to suffer to the point of the extreme (they are not even allowed to eat sweets as that would alleviate their suffering). On the other hand, nobles are the darlings of this society and can so what they wish. They are supposed to be fair and just, but are not pushed to be that way. Some are truly noble, but others are simply bullies or thugs with grand titles.

The interesting thing about your situation is that you were born into a mixed family. You father is a noble but your mother is a commoner. So your half-brother is noble because he came from your deceased step-mother, who was also noble. But you are a commoner because of your mom. Your sister is in even worse shape. She is technically a commoner but also illegitimate, so not only is she a commoner, but also a stain on your whole family’s honor. 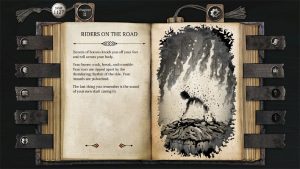 Based on your mixed heritage, you have a bit of a unique opportunity to improve your lot in life if you choose. Like your father did previously, you can go to college and become a noble through service to the nation, or even a priest. Or you can rebel against the whole thing and become lotless while trying to upend the whole system. If you do become a noble you will quickly find that there are mini-casts within nobles, with blue-skinned creatures ruling over you lowly humans because of the way your empire was forged and founded. 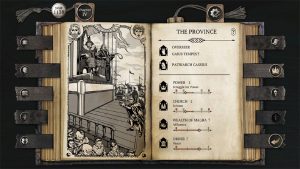 Playing the game is easy enough, though you will surely struggle to have events play out the way you probably want. Unlike most story-based adventures, you wont have access to every possible choice every time here. Some choices wont be open to you (they will be greyed out) if your required stats like diplomacy, valor, theology or scheming are too low. Sometimes minor choices can help you to improve stats, so you can slowly alter your fate up to a point. However, as you play and shape your character, you will be increasingly driven down certain paths based on previous choices to the point where before long you wont be able to change your fate because most other choices will be unavailable to you. Like a rock rolling downhill, eventually you will have too much momentum to stop or change direction. 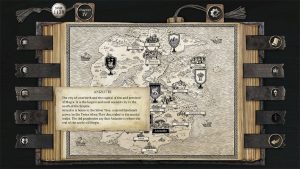 This mechanic where you must have invested in certain stats to advance your character in certain ways can be frustrating. The game is divided up into childhood, adolescence, youth, peacetime and the revolt. Choices you make very early in the game, even back in childhood, can sometimes influence the end game, so if you want to shape the story to your liking, you kind of need to concentrate on a certain life path right from the start. At the very least, you really do need to min and max with The Life and Suffering of Sir Brante. Some choices wont ever be available to you based on your lifepath, so those need to be abandoned for choices that improve the skills you can actually use. It’s harder to do than it sounds, but something to keep in mind. 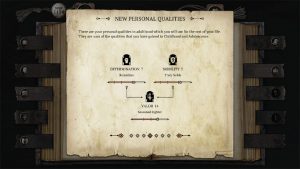 The Life and Suffering of Sir Brante is a fascinating way to tell a story. I admit replaying several of the chapters after getting disappointing results. It’s hard to know what is important on a first playthrough, but the story was interesting enough to make me want to replay chapters. Those who are really into the game may want to replay the entire thing and try a different life path, which provides some replay value. I didn’t like the game quite that much, but I can understand that some people will.

The Life and Suffering of Sir Brante earns a respectable 3.5 GiN Gems.