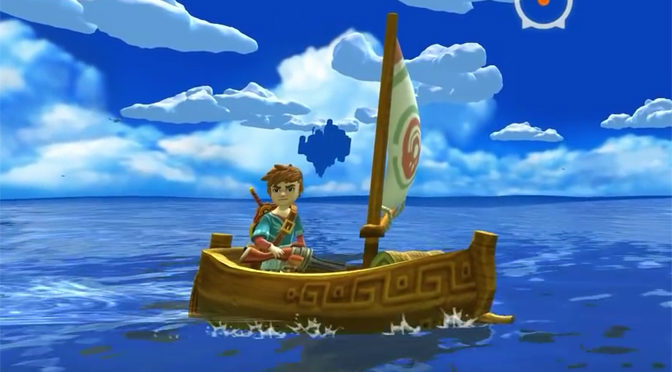 One of gaming’s most time-honored franchises is The Legend of Zelda. From its engrossing story, memorable characters, and quality gameplay, it has been inspiration to many. In fact you can see elements of it in many modern titles, however few titles have really had the audacity to almost blatantly copy them like iOS port Oceanhorn: Monster of Uncharted Seas. While the game does offer to scratch that Zelda itch for those of us who didn’t buy newer Nintendo consoles it really doesn’t bring much else to the table.

The story of Oceanhorn is simple enough: Some bad dude screwed up the world, your father leaves; you’re the child of destiny, find some special keys, go kill the evil monster. Not much to write home about there. Characters are simple but interesting enough to like, you are of course a silent protagonist so not much there.

Your journey is very VERY similar to Zelda especially Majora’s Mask with islands that are very reminiscent of Stone Tower and Zora Hall. Traveling to and from these islands is pretty much straight out of Windwaker. The clear inspiration from Zelda is nostalgic but not really inspiring. It’s like going to the store and buying Dr. Perky instead of Dr. Pepper; they taste similar but it’s just not the same. The journey of the game is certainly enjoyable and as a mobile title it is more than par for the course, but on a console it doesn’t hold up the same way.

In terms of gameplay Oceanhorn is fun. No way around it, this game is really enjoyable. The gameplay is quick and it really has that old hack-and-slash feel. The core mechanics are pretty simple: mash the attack button, raise your shield every once in a while, and be ready to throw some bombs every once in a while. Controls have been relatively well mapped, with most of the controls coming naturally to anyone who has played an action game before. When it comes to fighting the game is pretty straightforward, most enemies are sponges for your attacks that you learn to get a feel for pretty quickly.

Enemy design is pretty simple with some very obvious “borrowing” from Zelda specifically with enemies like the Octorok where you knock back the projectile, the flying Keese, and the more agile Tektite all make appearances as obvious reincarnations. The game’s health system is the classic heart system that also comes with the heart pieces to increase health. Once again at its core Oceanhorn is a Zelda-lite game. Luckily though in spite of all that I reiterate the game is fun. While the gameplay is in no way special it feels right. It scratches an itch I didn’t even know I had while playing it.

Artistically I can’t complain. Visually the game is very reminiscent of Windwaker and it works in it’s favor. While the islands were clearly designed for mobile devices based upon size they are no less nice to look at. Traveling between islands is beautiful and serene. The visuals are nicely supported by an excellent sound track composed by Kalle Ylitalo with help from Sword of Mana and Shadow Hearts composer Kenji Ito and famed Final Fantasy composer Nobuo Uematsu. The only place where artistically Ocenhorn fails to stack up is basic sound design with combat and enemy sounds being hollow and unoriginal. However overall these do not take away from the excellent art direction of the game.

At the end of the day Oceanhorn is a game hard to call great but hard not to recommend. It is a game that while blatantly taking from The Legend of Zelda is still so enjoyable. Between the nostalgic combat, adventure, and art it is hard not to thoroughly enjoy this game. However the same things that make it enjoyable don’t make it good. In the end, I recommend anyone who has been looking to scratch their Zelda itch to do so with this game, but if you are looking for a deeper experience, Oceanhorn unfortunately sinks.