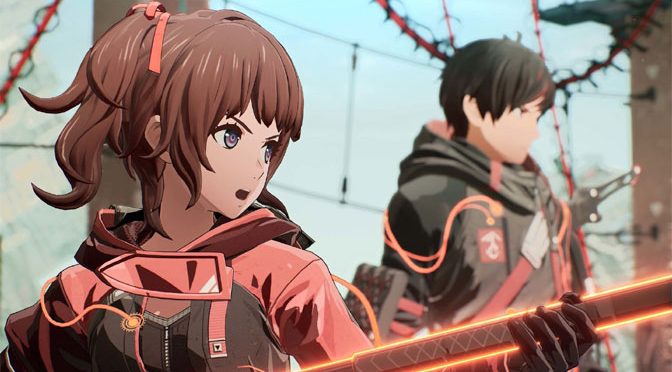 Action RPGs are such a healthy, diverse genre of games that there’s likely at least one or two liked by even the most vehement hater of RPGs as a whole. Scarlet Nexus is a game that combines sci-fi storytelling presented like a comic book style visual novel with action-based combat that stands shoulder-to-shoulder with many other RPGs by Bandai Namco. So does Scarlet Nexus nail the test, or does it get red marks? Let’s find out. 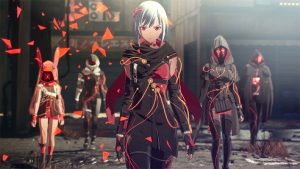 Scarlet Nexus begins with your chosen character, either Kasane or Yuito, beginning their preliminary tests to join the OSF, a paramilitary force that protects the citizens from monsters known only as Others. Both protagonists get their own unique platoons for most of their respective campaigns, and their tales are not 1:1, either. Kasane and Yuito both go through their own journeys, and an event shown in the first few chapters of Kasane’s story line may not be shown until the last third of Yuito’s campaign. The companions that Yuito and Kasane get are reasonably fleshed out characters, full of personality, and getting to know them better by doing special bonding events or giving them gifts also yield benefits in combat, such as making the abilities of the squad mates lasting longer, or giving bonus effects in combat. 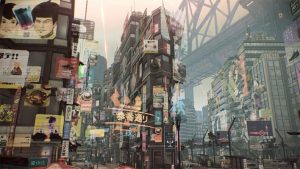 Combat in Scarlet Nexus starts off unsatisfyingly simple, mainly due to what would normally be core abilities being locked away behind a skills menu for you to unlock with skill points. When the game first begins, you’ll have your basic and special attacks, which perform slightly differently depending on which character you choose. You also have a psychokinesis meter that you can expend by pressing and holding a trigger button, which allows you to pick up and throw objects at enemies, and can dodge when not attacking with a single button, as well. Combat starts off mashing and unsatisfying because you need to spend skill points in order to incorporate multiple psychokinesis attacks into your combos and have melee attack follow ups, and you even need to use skill points to dodge while mid-air. Dodging just as an attack is about to hit you will yield a Perfect Dodge, but you can’t do a follow up attack for decent damage until you learn it from the skill tree. 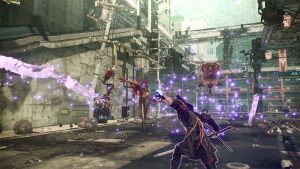 Once you spend some BP to acquire some skills from the brain map, Scarlet Nexus’s combat is pretty phenomenal. Around chapter 4 or 5 of the game, you’ll likely have enough skills unlocked that you’ll be intermixing melee attacks with throwing mailboxes or lamp posts at enemies for extra damage, and will be able to use multiple partner powers at the same time, as well. As you progress through the game, you’ll have access to four main partner characters until around chapter 10 when you unlock all of them, and the partner abilities is really what makes the combat of Scarlet Nexus tick. These abilities are so powerful that you basically want to be using them at all times; there’s hardly ever a reason for you to not be using your party member’s abilities via SAS to subdue the monstrous Others. 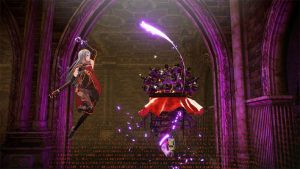 While fighting you can connect with Yuito and Kasane’s squad mates to use their powers to electrify or fire enchant your weapon for bonus stun or health damage, which debilitate enemies that you cover in water or oil. You can activate hyperspeed, make clones of yourself who attack alongside you, become invisible for damaging critical hits, and even make yourself invulnerable with armor. Every single partner ability has a purpose, because you may run into an enemy who is so fast that you need hyperspeed in order to take them down, or you may encounter a monster who shields itself from all damage if it sees you getting close, so turning invisible will allow you to sneak attack it and immediately crush it. Due to combat being one part action, one part puzzle for a significant portion of the game, Scarlet Nexus really does carve out a fairly unique niche in the action RPG market that’s kind of remarkable and entertaining because significant portions of its combat system rely on the player using their situational awareness and crowd controlling your foes. You want your enemies to be shocked, on fire, or launched helplessly in the air, because that will quickly lead to one fewer target that can hit you. 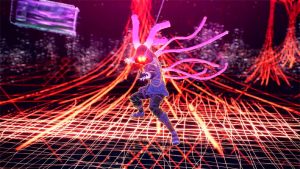 The combat system in Scarlet Nexus, especially once you obtain enough skills to make the system fluid and interesting, is fun and makes the player feel powerful. There’s no ranking system, and there’s also nothing punishing the player for using healing items when they get blindsided by projectiles off-screen beyond the items themselves having a cooldown (though that can be reduced with skills). Scarlet Nexus really does love shooting projectiles at the player from off-screen, too, so if you’re playing on a higher difficulty it does pay to have at least a few healing items just in case you get shot with water a couple times and now suddenly can no longer dodge attacks from the foe you’re targeting. Combat isn’t exactly difficult, even on Hard, where the entire game can be cleared on a blind playthrough without dying even once, so don’t be afraid to pick Normal when you may usually pick Easy (though difficulty can be changed at any time, and I recall no achievement becoming unlocked for beating the game on Hard).

Beyond the usual story missions that give you environments to run and fight your way through, there’s also a variety of side quests that usually devolve to, “Kill this specific enemy while in the air with the Duplication power active” or something, so they’re not exactly in depth and rewarding side quests, but the rewards can give you a decent boost at different parts of the story. The real side content, however, are the bond episodes you can trigger with teammates that give the player insight on the motivations, aspirations, and backstory of all the party members.

In between story missions, you’ll have phases of downtime where you can complete side quests, grind for gifts, do bond episodes, and the like, so it gives the player a nice respite between story bits, though Scarlet Nexus really lays on the side content at the end of the game, right when the story gets interesting. 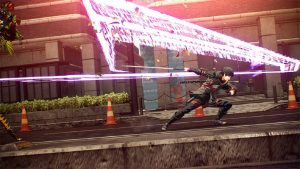 Later in the game, the actual story missions might take 2-3 hours to venture your way through a 7 floor dungeon full of Others, and when your team doubles in size around the end of the game you may spend a good few hours just building up friendship with party members so their abilities serve you better in battle. It’s optional, sure, but expanding the SAS abilities available definitely makes your chosen protagonist feel powerful, so it’s strongly recommended to do bond episodes even if you’d rather break dinner plates with your face than listen to another word out of Shiden’s mouth… though he does get better as the game reaches its climax. 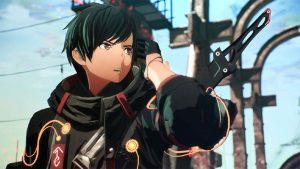 The visuals of Scarlet Nexus are very comparable to Code Vein, in that the colors are vibrant, most of the character models are relatively simple anime characters, though a lot of the environments are, “dilapidated sci-fi city” rather than Dark Souls-inspired tombs. The music of Scarlet Nexus is actually quite catchy, with Bandai Namco’s team doing a great job of blending a number of genres across the soundtrack to really hammer home the sci-fi aesthetic with solid EDM, rock, and pop inspired tracks throughout. 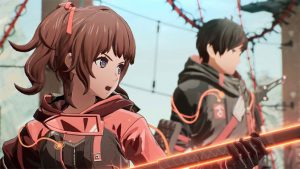 Overall, though, Scarlet Nexus is a great little beat ‘em up, with an interesting story and inventive gameplay mechanics that don’t really have a true parallel in the market. It’s similar to Devil May Cry in how encroaching enemies oftentimes put up barriers, impeding progress until all foes are defeated, but the combat of Scarlet Nexus is way less focused on player combos than DMC is. Scarlet Nexus just has a very solid action RPG combat system without many direct parallels, but for what it is, it’s a great time. A single playthrough will run you in the neighborhood of 20 hours, or more depending on how much side content you do. 100%ing Scarlet Nexus will take substantially longer, and it’s highly recommended you play both characters to understand the full scope of the story, as plot developments are withheld depending on which character you pick at the start of the game.

If you enjoy action games with RPG elements and a sci-fi fantasy story, Scarlet Nexus could be right up your alley. If you dislike anime aesthetics or storytelling, you should definitely find another game, however.