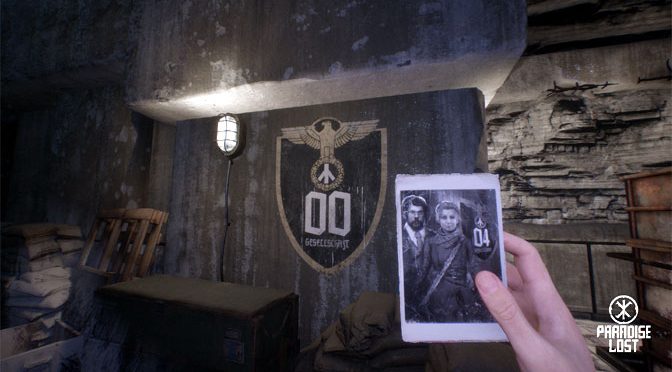 Paradise Lost is an ironically perfect title for this game. Had everything been done well, it might have proved to be a rewarding and even an emotional experience. However, there are more bugs and errors in Paradise Lost that I have ever seen on a fully-released game on the Steam platform. Many of the errors, especially when combined, make Paradise Lost almost unplayable. 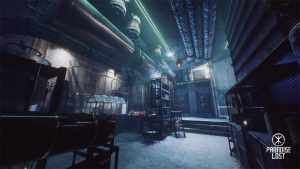 And that is too bad because I was really looking forward to this one. The plot of the game is pretty imaginative. It’s 1980, but the universe you are playing in is vastly different than the world we know today. It all went haywire in World War II, which was still being fought in the 1960s. When the allied forces of Russia, the United States and Great Britain finally put Germany on the ropes, the Nazi’s respond by launching a nuclear strike which pretty much stops the allied armies, but also nukes themselves in the process. 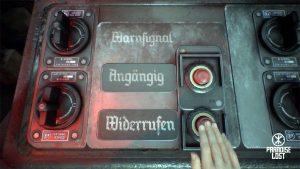 But they have a plan, although a pretty hairbrained one, even compared with traditional Nazi schemes. Secretly, they put a lot of their people into sprawling bunkers so they would be safe from the nuclear fallout. The survivors are charged with making new weapons (nuclear and conventional) while they are down there, and then emerging after 15 years to launch a surprise attack to finally defeat the allies. Okay, so kind of stupid on that last part, but just go with it.

Anyway, in Paradise Lost the Polish resistance learns about the plan and infiltrates one of the biggest bunkers before the missiles launch. There are pitched battles and lots of people die, though the Polish forces are eventually victorious, facts you learn while you adventure in a kind of “found footage” type of environment. 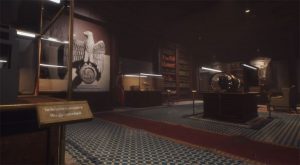 You play a young boy named Szymon who is entering this bunker to explore it long after all the combat has died down and everyone is either dead or moved on (mostly dead). His mother has died inside his own bunker, and he is searching for a mysterious man in a photograph that his mother refused to talk about, but who she was apparently very close with. It’s implied that Szymon probably believes that the man is his father.

Paradise Lost is a walking sim where you maneuver through the giant bunker, going increasingly downward. As you travel, the levels seem to get more and more fantastic. This is more a BioShock kind of underground complex rather than a realistic attempt to portray what a 1960s era bunker would look like. 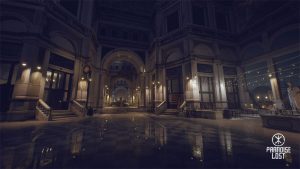 Unlike some walking sims, there are times when you can take branching paths and get different experiences. Those paths always come together in the end, but it would take multiple playthroughs in order to see everything. There are also a few very light puzzle elements, normally just finding the correct key or item in order to progress or accomplish an action. And you also meet a girl, whom you interface with through speakers and cameras throughout the complex. On the surface you are trying to rescue her, although it’s pretty obvious there is something else going on. 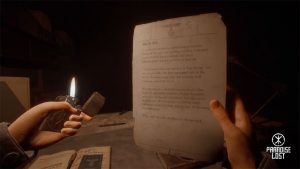 And if Paradise Lost did all that, and did it well, then it would be a pretty good game, assuming the player is okay with the concept of walking sims not being all that interactive. But the list of problems in this game is tremendous. The biggest one is that the checkpoint system is completely and utterly broken. It auto saves for players without telling them where the checkpoints are. But even then, if you try to load up a checkpoint save, your character is placed a couple inches into the floor and you can’t move in any direction. We were never able to get any checkpoint save to work properly on any level in the game. Worse yet, there are lots of complaints about this on the Steam forums, but the developers have totally ignored them. Given how long the game has been out at this point, it’s more than enough time to fix a game-breaking bug. 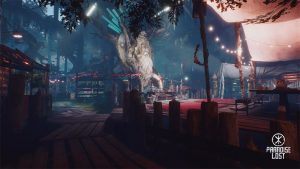 And speaking of game breaking, there is a lot of problems with clipping in the levels, which again causes your character to get stuck in different places. The worst one we found was on a level where you are in the high class section of the bunker, and your character is able to explore the various abandoned restaurants and shops there. One of the doors opened up into darkness, but it just seemed like maybe the lights were off inside. Nope. Stepping through caused Szymon to fall down through the level to the non-playable game area underneath. He didn’t die, but landed about 30 feet below the floor. We could look up and see the wireframe of the entire bunker level, but couldn’t get to it anymore. 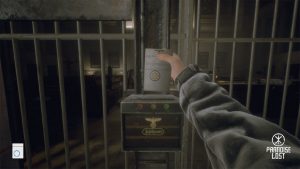 When something like that happens, you cant load up a checkpoint because of the checkpoint bug. So your only choice is to replay the entire level. That wouldn’t be horrible if your character walked at anything faster than a crawl. You are supposed to hold down Shift to make your character “run,” but he doesn’t do anything of the sort. He simply moves a tiny bit faster, like crawling with both legs instead of just one. I don’t know if the developers did this to make it seem like there was more content or to prevent speed runs, but it’s annoying, doubly so given all the other flaws we were trying to work around for this review. 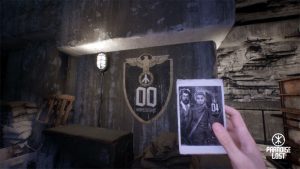 Then we come to the voice acting, which is really bad. Szymon is the worst. He has zero emotions and delivers what is supposed to be critical or even emotional lines with a terrible deadpan. The other characters don’t do much better. His mother is probably the best voice actor in the game, but you only see her in cut scenes. What makes that annoying is that the cut scenes are not skippable, and if you have to go through them ten or twenty times because the game dropped you through an invisible hole in the level, then they can get to be a bit much too.

We pushed through Paradise Lost for this review, but it wasn’t very fun. It’s even worse because the game looks good and has some interesting environments to explore, but seems to do everything it can to try and stop you from enjoying it. If the developers got their many technical issues fixed then this would certainly be a much better experience. As it stands, we cant really recommended this one, as much as we would really like to.