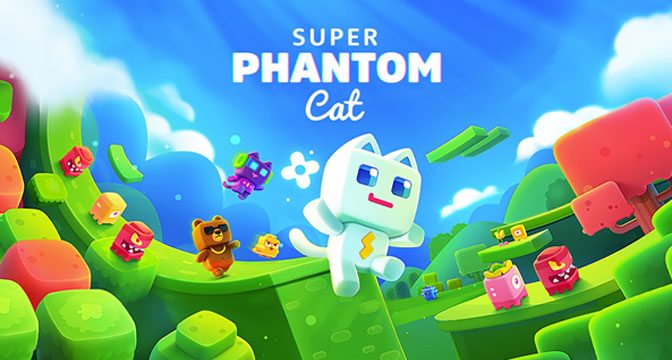 Hey all I’m back with a remaking of a game that was released for phones some years ago. It’s Super Phantom Cat: Remake!

Plot: The plot is pretty much nonexistent, and as bare bones as you could possibly get while still technically “existing.” Aliens kidnap the main characters little sister and main character goes after them. That’s pretty much it. Can’t really critique it much more than saying it’s been done many, many times before, and while it’s a classic plot, it’s still very unoriginal in today’s more sophisticated gaming scene. 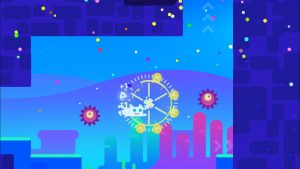 Gameplay: Here’s where the game either shines for you, or bores you to tears. Personally I was in the bored to tears, I see that as a more personal issue than anything wrong with the game itself. I’ve played so many platformers over the years that playing another one is pretty much just a retreading of old ground for me. A platformer has to have some really neat or ingenious mechanics to grab my attention, and praise, something like Klaus was pretty neat, because it had snarky messages from the system and had some neat mechanics. Super Phantom Cat doesn’t have pretty much any of that.

That being said, it’s not done poorly, it’s just that platformers are in general seen to be not that entertaining anymore especially if they lack a decent story like this does. 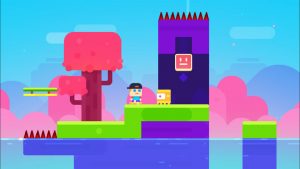 The gameplay is pretty much the standard platformer you would expect. In fact it’s so much like a barebones Mario game that I’d have called it blatant theft, if I wasn’t playing the game on a Switch. Now being just like Mario is not a bad thing per se, but except for the fact that in Mario you lose the powers of Fire Flowers and upon being hit and that doesn’t happen in Super Phantom Cat, it’s pretty much the same sort of game you might have been playing 35 or more years ago with just some slightly better looking graphics than those games. The fact you jump on an enemy’s head to kill them is just more evidence that this is very clearly a Mario/ (Insert favorite Platformer from the early 90’s and late 80’s here) clone. 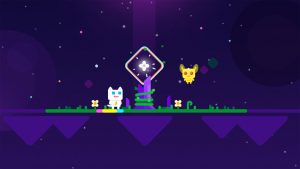 Art: The art is okay, it’s done mainly with the pixel art style so it’s going to stand the test of time incredibly well, but it’s not something super amazing like you might see in a game like Castlevania: Symphony of the Night. I can only call it average, with a long-term thinking sort of decision because of the long-lasting quality pixel art has in general.

Music: Again it’s okay, but once more it’s nothing special either. There’s no problems exactly that I could point to and say made it a terrible audio experience, but there wasn’t anything that got my attention or even made me have an elevated heart rate either. 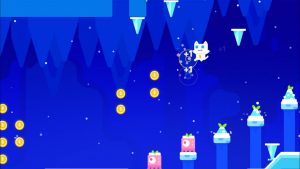 Overall: For someone who likes cats, and platformers, Super Phantom Cat is going to be a fun time for them. For anyone else Super Phantom Cat is going to be a bore. Personally while I don’t have the urge to punt any cat I see on sight from the nearest tall location they are far from being my favorite house pet and I’ve played more interesting platformers, there just isn’t enough to justify me giving it a higher score than being in the middle. Super Phantom Cat is very far from being on my must play list of games. Others might enjoy it however, so it earns a middle of the road 2.5 GiN Gems overall.