If nothing else, Night Call is probably one of the most unique games that you will play this year. Depending on how you look at it, Night Call could be considered one of the most advanced walking simulations ever made, or a severely stripped down simulation game. In either case, it delivers a gritty look at the world of very interesting and sometimes frightening characters who all seem to emerge looking for a taxi once the sun goes down.

Set during winter nights in Paris, you play a taxi driver with a dark history. You’ve clearly been on the job for a long time, as you instinctively know every possible street where any passenger needs to go. Players don’t really do anything in terms of taxi driving. Once you decide to accept the taxi fare, your character will let the passenger get settled in, and then begin heading towards their destination. 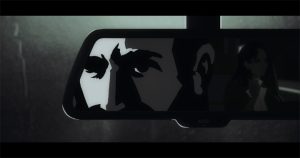 The crux of the game is that when it begins, you are attacked by a vicious serial killer. You don’t see who shoots you, and wake up in a hospital after spending a week in a coma. Eventually, you recover and then do what you do, heading back to work, perhaps a little wary that you are the only victim who wasn’t successfully murdered by the killer.

Then fate steps in. A semi-crooked detective gets into your cab. She has been assigned to the case but is making no headway. She uses a variety of threats to make you work for her. She’s good too. Not only does she dig up your nefarious past (which you will also learn about as you play) but also makes the argument that she could easily frame you as the killer – while also revealing your somewhat checkered past. 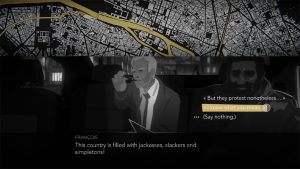 Basically, she tasks you with using your role as a nighttime taxi driver to investigate the killer, the places he or she haunts, the people they might know, or anyone else who might know something about the murders. She even gives you a list of five suspects, one of whom she is sure must be the killer. If you are lucky/unlucky, you might even pick several of them up over the next week that the game takes place, so be sure to memorize their faces.

Dropping into the actual game, you will find that the seven nights it takes place over are divided up into two parts. Part one is the taxi driving, which is most of the game. 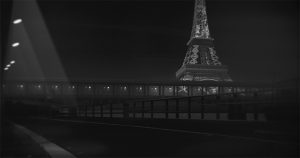 Passengers will pop up with portraits on a map of Paris and you will choose who to pick up. Some can be pretty strange, dressed in suits of armor or odd attire. Some may not even be human. The crazy stuff that goes on in Paris after dark is pretty interesting. Regardless of the passenger, they first tell you where they are going, and the game calculates how much the fare will cost, minus any tip. You can then take them where they want to go or refuse, though I don’t know why you would ever refuse. The car then starts driving and you are able to interact with your passenger.

The passenger interactions are very well written. There is no voice work, so you do need to read a lot. It’s interesting because people behave realistically. Some are introverts and don’t want to talk at all, although your special talent is drawing them out. A few might want to engage in conversation right from the start. Some groups of people might talk among themselves, seemingly oblivious to their driver as they discuss rather intimate details of their lives. You can interact with anyone by selecting one of several dialog choices presented, becoming a caring shoulder for them to cry on or a snarky jerk as you see fit, though most people respond better to kindness. 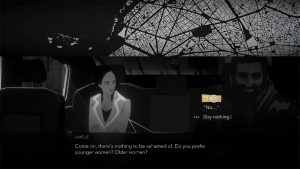 A few passengers might offer generic clues to help the investigation, which are automatically captured for part two of each evening. Those are not always accurate or helpful. More useful in your investigation, some people may know the suspects or the victims. Some might be suspects themselves. You need to tread very carefully with everyone, but especially those close to the case. The atmosphere is amazing and the whole game is shown in Noir-like black and white. It’s almost always raining too for that extra dose of melancholy drama. I probably would have enjoyed the game even without the murder mystery. 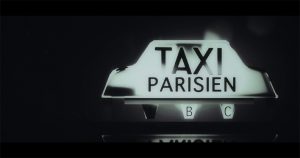 In addition to driving around with passengers, you can also investigate crime scenes if you learn about them. Or, you might discover, for example, a shell casing and then unlock visiting a local gun store to learn more about it. Those side investigations take time, and you earn no money while working for the cops, so you have to balance those tasks. Boiled down, Night Call is a game about time management, trying to get all your tasks in before sunrise each evening, while somehow also making enough money so you won’t get fired. 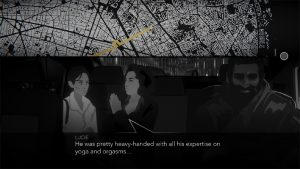 In part two, you assemble the clues you collected on an old school whiteboard before hitting the sack to sleep through the day. Yarn is used to link clues to suspects, and you can start to form opinions about who might be guilty, who is innocent, and who you are unsure about. Eventually you will have to decide who is guilty and then work with the cops to take them down, hoping that you choose well. 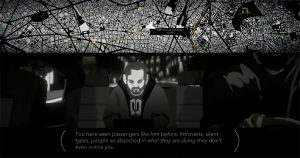 Night Call is a good game, and worth the $20 price. It’s not perfect however. There is a monetary system that is really broken. You almost never make any profit on any night, even if you work the whole time, get good tips and ignore the investigation. The game will stick you with bogus fees like permits and car cleaning to keep you from profiting. Thankfully, money is not that important, and just needs to stay positive for seven days till you can collar the bad guy/girl. Also, I was delighted to see the developers had added more cases to play, though less so when the game world completely reset with each case. People you know from the first case wont know you in the second, and you will be attacked by a killer again, just like before. It would be so much better if the game continued where you left off, with new dialogues and choices from your regular passengers. Otherwise you are just listing to them talk about the same things as before. 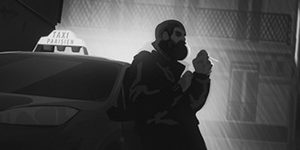 For a game developed by a small team, Night Call is quite good. With a few tweaks and a better handling of their game’s replay ability, Night Call could be great. If you crave noir, dark atmospheres or just enjoying the human zoo that is Paris late at night, then Night Call is a clever and chill adventure with unique storytelling.