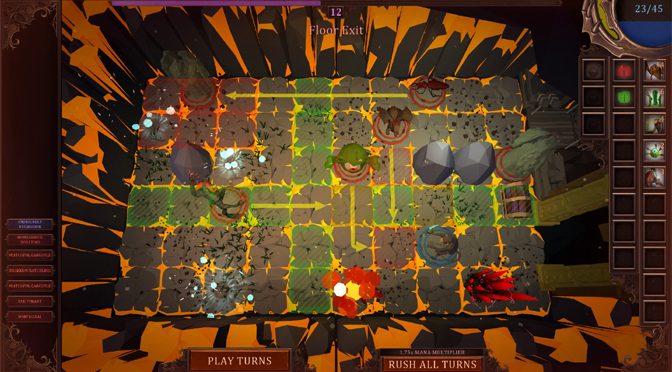 Hey all I’m back with another Rogue-lite game. It’s Rogue Summoner!

Gameplay: The gameplay is pretty basic, but it has a depth of complexity that makes it pretty hard. It plays like a pretty standard tactical RPG except that each unit has they move only in specific patterns and have exactly one attack, regardless of if it is a single target or area of effect. 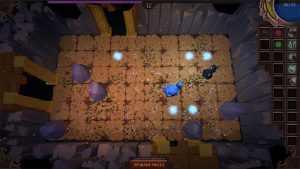 Some units have abilities that trigger after every move, like the first boss you face has one particularly annoying ability that gives +1 to health of any of the other enemies that are in its row and column. This of course isn’t counting in the fact that if you fail at all after the tutorial stage you restart the entire stage completely.

That all being said the gameplay itself is pretty simple, you place units down on a grid, and then wait for them or your enemies to kill each other. 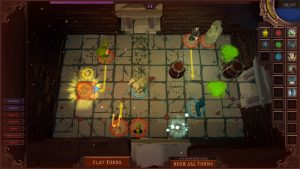 You can also choose to rush through turns and gain additional “Mana” with which to summon more units in the next room. The downside to that particular trick is that you can only do it on turn one and it requires you to place every unit you want on the field immediately, which some stages might be easier for players to complete or only completable by using the standard turn system where you get the chance to summon and use spells after every turn. 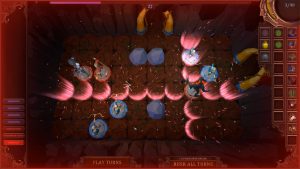 So while I found the game to be intellectually challenging, once you get the hang of the gameplay it can get pretty boring pretty quickly. The game has absolutely no replayability value, because once you know a room’s solution you don’t have to worry about that room.

Art: The art is pretty simplistic, which isn’t a bad thing, but it could be better. Still this is an indie game that sells for $12 so you get what you are paying for. 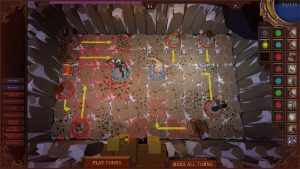 Music: The music is ok, but nothing spectacular, and the sound effects can get grating after a time.

Overall: An okay puzzle game wrapped in a tactical RPG shell. If you enjoy punishing rogue like games, you’ll enjoy this, otherwise it probably isn’t your cup of tea.