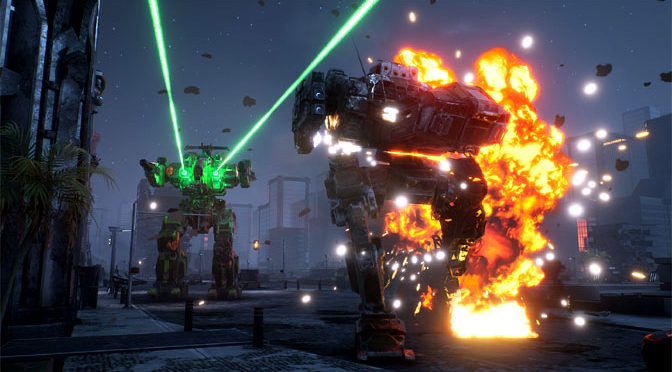 When the original MechWarrior 5: Mercenaries game came out on the Steam platform, where we reviewed it, the mech mercenaries had already been stomping around for a year on both the Epic Games Store version and also on the Xbox One console. Then it moved to Steam and finally to the PlayStation 4. My point is that by the time we got around to reviewing it as a new game on the PC/PS4, it had already been out for a while, so most of the launch bugs (there were apparently quite a lot) had already been quashed. 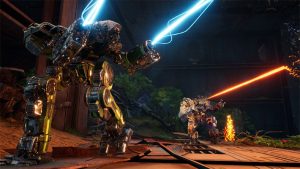 With those bugs out of the way, the team at Piranha Games was finally free to start creating solid DLC content. This started with Heroes of the Inner Sphere, which basically added Career Mode to the core game. That was interesting, but didn’t really add what I would consider a new campaign. Still, it was nice to have. Now they have launched the Legend of the Kestrel Lancers DLC, which actually adds a lot of new content to the core game. In fact, in a lot of ways, the Kestrel Lancers content is some of the best in the entire series, so it’s a worthy DLC. 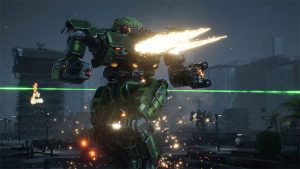 There is actually a lot that gets added to the game in the new DLC, but the main selling point is a long series of missions where the player is asked to fight on the frontlines of the Fourth Succession War. If you played through the campaign mode, you probably noticed at point in the timeline where two great houses, The Federated Suns and the Lyran Alliance, came together (the star system ownership map turns mostly orange at that point as they merge.) The DLC takes place about a year before that event happens, gives players a couple missions to go on for the pending new government, and then warns you that you have year to upgrade your lance because you will soon be needed again. Then after that year expires, you are called to the front lines for a dozen more highly crafted missions.

Setting the DLC within a specific timeline is a bold move. Personally, I like it better when DLC storylines take place after a game’s main adventure ends. I figure the people who are going to be most interested in the DLC are the hardcore players who have already finished the main game. So why not set the DLC after those events have concluded? Or at the very least, let players load a save from before the “final fight” of the core game so they can play the new content. That is how games like Wasteland 3 and The Outer Worlds handle their DLC, and players tend to accept this. 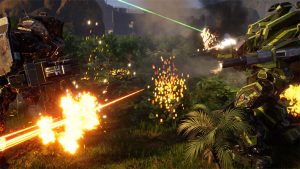 By tying the DLC story to a specific event in the game world, there really is no option to go back and play missions in the Kestrel Lancers in Campaign Mode if you are past the point in the timeline where the two houses have already merged. So your only option is to restart a whole new Campaign game. Thankfully, on the Career Mode side, the developers have made an option where you can import your current lance, inventory and pilots from the Campaign Mode over to the Career side. Then you can keep playing the campaign as normal (just missing out on the DLC missions), and still enjoy the new missions by switching over to Career Mode. It’s not ideal, but on the bright side it does let you drop a pretty powerful (by that point in the game) lance into the Career Mode. For example, when I did that, I already had an assault mech with dual level 5 gauss rifles as my main unit, so marching through the DLC was pretty easy given that gauss rifles are still mostly LosTech at that point in the timeline. 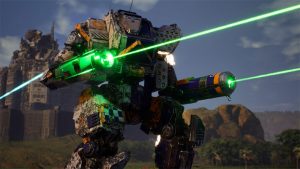 If you are starting a new career, the game offers to let you load up one of several beginning-level lances to get you started. You can also choose to be partially aligned with one of the great houses if you want, although you are free to go wherever you want and work for whoever you choose from that point forward. Also, in Campaign Mode, if you are before the part of the campaign where the Fourth Succession Wars begin, then you can play out the DLC missions normally just like you would with any other kind of content. Just fly to the systems offering the new missions and brace yourself for some tough fights. 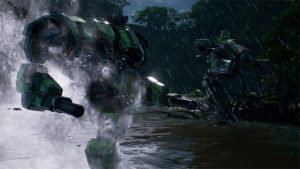 The missions themselves are some of the best that MechWarrior 5 has offered so far. They are fully voiced of course, and seem designed to perfectly fit into a military-style campaign. You will even be working using combined arms and allies at different points, with other lances actually acting fairly smart on the battlefield. Also, the maps seem more realistic, without any of the odd terrain features and outpost designs that don’t make a lot of sense cropping up like they sometimes do in the game’s random missions. You can tell that every aspect of the DLC missions has been crafted, and likely play tested, so everything just works really well. They are tons of fun. 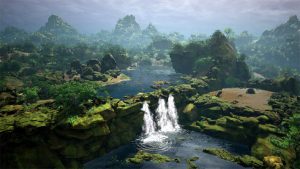 In addition to the new missions, the Kestrel Lancers DLC also adds a lot of great extras to the core game. This includes three new biomes to fight in, megacity, tourmaline desert and jungle. Those biomes will be sprinkled throughout the core game as well as being a key part of the new story missions. So once you have them, they will become the battleground for some of the random missions that you will play. 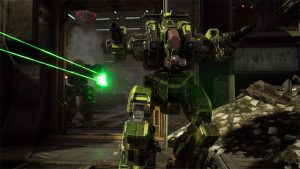 There are also 23 new variants in terms of mechs that you can fight and also obtain for your own stable. Given that MechWarrior 5 has fewer customization options than other mech games like Battletech, getting more mechs in the field is a very good thing. And I do really like some of the heavier mech variants being offered. Players should be able to find more mechs that match their preferred playstyle. There are also some new skin options available for those who like their war machines to look extra spiffy, though sadly no customization options for really personalizing your lance. 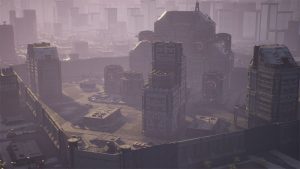 There were also two free elements added to the core game in tandem with the DLC, melee combat and the ability to switch control between mechs in your lance. You don’t need the Kestrel Lancers DLC in order to take advantage of either of them. Honestly, I never really used either too much, though some players are really loving them. Being able to switch mechs in the middle of combat is nice if your team AI is acting wonky. And melee combat is such a huge part of the pen and paper BattleTech RPG that it’s omission in MechWarrior 5 was a little glaring. That said, I almost never let anyone get within punching range without lighting them up, though players who specially design fast melee punchers might have a good time with that new feature. 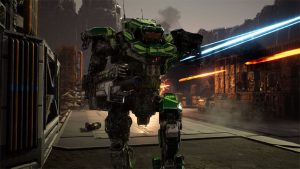