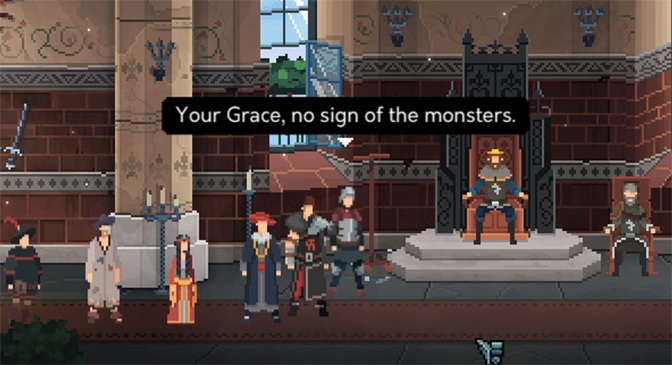 They say that it’s good to be the king, but that is not always the case in Yes, Your Grace. When I first got the new game from developer Brave at Night, I was expecting to be able to issue grand social proclamations, clever international trade edicts and send my powerful armies to project my power across the world. Unfortunately, the world of Yes, Your Grace is a bit more humble than that.

You play the king of a hapless kingdom. Your treasury is empty. Your army consists of a few guards who hang around your castle. Your family is comprised of three daughters (no male heirs) who are constantly fighting and a queen who doesn’t help you out at all with kingdom affairs, other than to sometimes complain about how badly things are going. Even your home castle has seen better days as it sports leaky roofs, cracked floors and tired decorations that have been hanging on the walls for about a hundred years.

There is no explanation as to how the kingdom got into this sorry state. You have apparently been the king for quite some time. One can only conclude that you must be an incompetent ruler. As the threadbare plot plays out, it’s clear that you probably are pretty pathetic in a lot of ways.

I figured that none of the history mattered. I was in charge of the kingdom now, so I would get things shored up in no time. After all, I took another backwoods kingdom and made it into an international powerhouse in Pathfinder: Kingmaker, so could this really be that different? 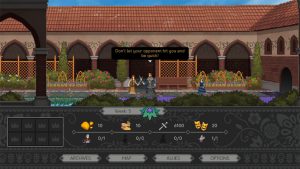 There are really only two main components of the game. The first part, and by far the most enjoyable, is when you sit on your throne and various people visit you. Everyone from peasants to knights and nobles to druids may come through your doors. Generally, they ask favors of you, and you spend one of your two resources, food or gold, to make them happy. Since you have so little of either, especially at first, you need to decide who walks away happy and who is going to be angry or sad. Sometimes turning a petitioner away has negative consequences in terms of overall kingdom happiness. Sometimes nothing bad happens. And sometimes not getting involved in some scheme or another is the right move. 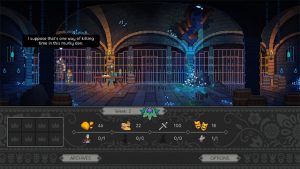 At the end of the day (which represents a week of time) you will be given a ledger where you can spend whatever you have left doing things like fixing up the leaky roof or holding a festival for the peasants. Some investments offer longer term benefits like training 10 solders each week or preventing the loss of food storage due to bad weather. Those should be made as soon as possible. You will receive food and gold at the end of each turn based on the improvements you have made and the happiness of the people. It’s not too difficult to get your kingdom back on track, which makes one wonder why your main character wasn’t doing that the whole time. 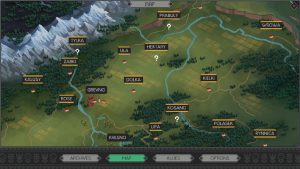 The second part of the game involves interacting with your family and whatever visitors you end up hosting at the castle. You can’t move to the next turn until you talk with everyone who has something to say, so be prepared to deal with a ton of inane and pointless subplots involving your family and the odd castle visitor. A very few of these interactions advance the plot. You will know when you are at one because the game suddenly removes choices from you and funnels you down whatever path they need you to follow so their story will move forward. I could have solved almost all of the major problems in the game using a little common sense or more aggressive action, and it was a little frustrating not to be able to that in what is supposedly a role-playing game. 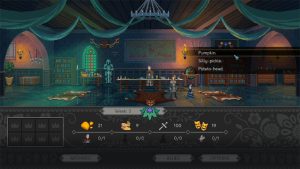 There are two main chapters in the game, and both of them have the same goal, which is to raise an army big enough to fight an invading army. You are given a few months of time to raise your army in both cases. You can get troops by certain investments and also by forging alliances with other kingdoms. Other kings and queens all want something in return of course, and often times agreeing to one king’s terms will make an enemy out of another. Even so, its not too difficult to reach your troop goals.

The final battles in each of the two chapters are almost preset as far as I could tell. Nothing I did seemed to change the outcome in the first battle as there is a ridiculous ex machina moment that saves you regardless, and conveniently resets the game for chapter two, keeping you alive but wiping out your previous progress. I really hate when games focused on choice end up railroading you down uncontrollable paths, and Yes, Your Grace does that in both big and small ways. 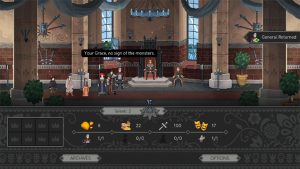 Even with the problems, the parts of the game where you actually have choices is fun. When the game is doing well, it’s really doing well. A few times you even get little unexpected rewards for helping certain people, which is nice. Yes, Your Grace can be played in about five hours, depending on how much you concentrate on the conversations. There is not much replay value since the final bits of both chapters seem almost set in stone, but you will probably have a nice time the first time through.

Yes, Your Grace is almost a really great game. Hopefully the developers learned a lot this time around so that their next outing can capitalize on the weaker points of this title. With just a few tweaks, this could be a winning format for strategy gamers looking for something different to conquer.