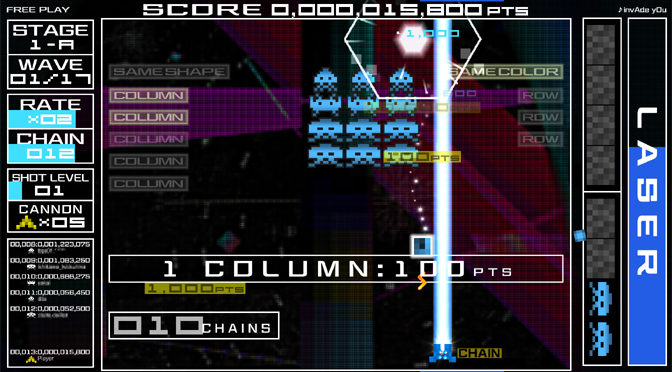 Hey all I’m back with a revamp to a true classic game. It’s Space Invaders Extreme, the Steam Edition!

Gameplay: This plays a lot like the original, but the difference is mostly in the scoring system. Now, you are rewarded points for chaining kills of a certain color together. The fact that there is a global online ranking system doesn’t hurt either. 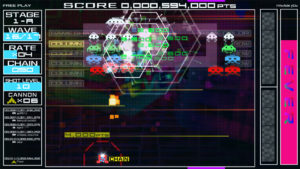 For instance, when I played this prior to it’s formal launch, I was ranked 39th for the first level you can play. I expect that score not to hold up long at all personally as it was literally my first time playing the game and I wasn’t trying too hard. But it will be fun for players to see where they land on the leaderboards. Some of you may even vie for the top ten, and we wish you luck in that fun and rewarding endeavor.

The controls are easy, even without a console-like controller plugged in. Frankly, for the most part it plays really well, although the fact that enemies still move in short bursts rather than more smoothly is frustrating at times. Though I guess that would take away the classic feel of the game from the days of the Atari 2600, and of course the arcade. 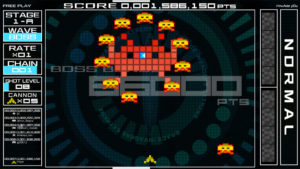 Art: The art is mostly 2D in the style of the original 8-bit game. There are some 3D effects used, but they aren’t the real focus. Frankly I approve of this as it’ll stand the test of time much better than any purely 3D game. This isn’t the first time I’ve said this about a game’s art style though, so it’s not going to get them the full points and it’s not really that spectacular either.

Music: The music has a touch of the classic, although there are some definite modern rhythms as well. Neither amazing, nor terrible, it’s just rather plain. 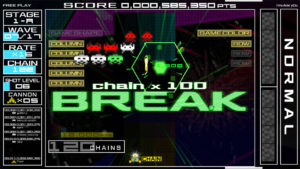 Overall: A fun game, although unless you really like the classics more than modern games, you won’t find it a long-term thing you’ll be wanting to play constantly. Those of you who chucked a lot of quarters into Space Invaders back in the 80s however, may find a lot more to love about it.

For those who like: Bullet Hells, Retro Games, Solid Gameplay, Good Artwork.

Not for those who don’t like: Any of the above, or simplistic gameplay. 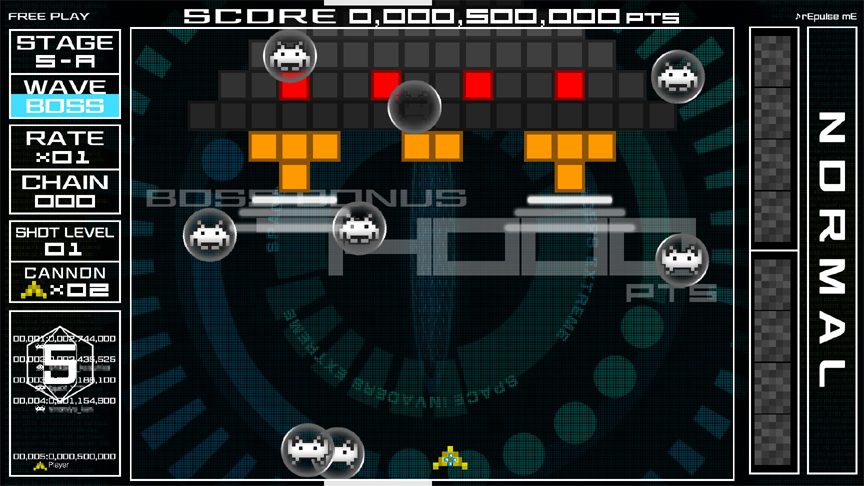