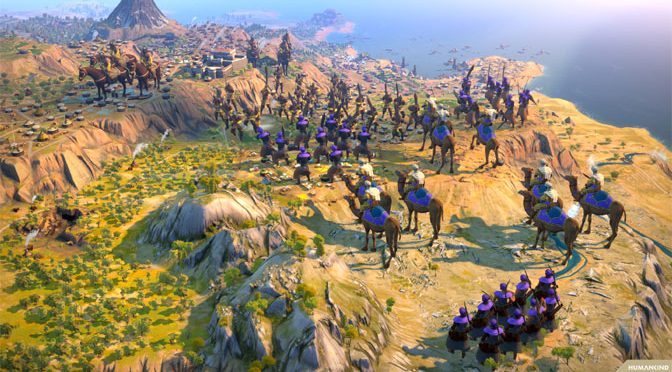 Humankind by Amplitude Studios is, on the surface, a so-called 4X strategy title (Explore, Expand, Exploit and Exterminate). It looks very much like others in the field, most notably the Civilization series, but those comparisons are only skin deep. Below the surface, Humankind does everything it can to distance itself from similar games without completely rewriting the 4X formula that gamers have come to both expect and love. 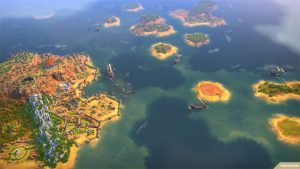 We actually began our review of Humankind back in August of 2021 when the game first left early access on Steam. However, at that time, the game had a lot of problems. To put it plainly, Humankind was a buggy mess back then. Given the complexity involved in creating a game like this, and the fact that it was obviously going to be compared with Civilization VI, which was released way back in 2016 and has had plenty of time to work out its bugs, we decided to wait a bit.

Since then, Humankind has released many major patches that have squashed the worst of the bugs, and also rebalanced some of the civilizations for better overall play. The game is even getting ready to release the Cultures of Africa DLC soon. Humankind is still not perfect, but it is perfectly playable in its current form, so the review is able to continue. 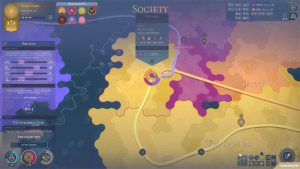 You can tell right away that a lot of effort went into making Humankind as detailed as possible, and a close mirror of different eras of human history. There are 60 historical cultures that you can tap into and combine as you play. So just because you go through the ancient era as the Babylonians does not mean that you can’t morph into the French by the time you get to the Modern era. There are even cultures that are so old, and didn’t really leave too much of a mark on history, that the game admits that not a lot is known about them, so you may learn a thing or two as you play. Each culture has some unique gameplay options too, so even a single game can have a lot of possibilities regarding what can happen and what you can do with your world. 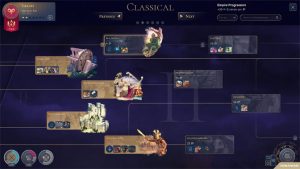 But Humankind is more than just Civilization with more cultures to choose from. The biggest difference, and what will make a player either love or hate the game, is the way you win. With most 4X titles, you pretty much have to dominate the entire world using things like scientific knowledge, cultural influence, diplomacy or (the most likely path to victory in most games) by simply conquering all of your opponents. Humankind is different. According to the developers, it’s the journey that matters most, and not the final results. Players who take the time slowly work and evolve their civilizations can easily win the game even if another player has conquered over half the known world under their military’s boots. Even dead societies can still win the game if they are more admired overall than those still thriving.

The reason for all that is that the win condition with Humankind is Fame. You earn Fame by doing things in the game like building out cities, accomplishing great deeds, keeping your people alive and healthy and generally having a strong civilization that is able to withstand the tests of time. 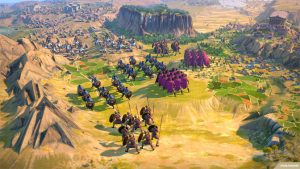 Yes, you can earn Fame by winning battles or conquering your rivals, and you do need to be able to defend yourself so you don’t get knocked out of the game early – though even if you do, you can still “win” if you have the most Fame when the game ends. But just pushing ahead militarily is a poor strategy overall. The game’s AI knows how to beat players who try that, to say nothing of other skilled human opponents (you can have up to eight human players in a game) that you might face. Yes, you might knock your opponents out of a game with your advanced troops, but if they have built up an insurmountable lead in Fame before that happens, they can still have the last laugh and win because Fame points do not transfer to conquering armies. 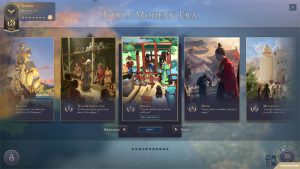 You have to think of Fame in terms of how much your society is admired, or how much they will still be admired once they are gone. So it’s not like getting likes on Twitter or views on TikTok. It’s more like the historical record of your society’s collective great deeds, and how the world thinks of everything that you did and accomplished. For example, in real life, a society like the Ancient Greeks would have a huge Fame score because they are highly admired for everything they did to advance world culture. The Romans would be admired as well because of scientific and military advancements. The Romans don’t exist anymore as a society, but will never be forgotten because of what they did while they dominated world culture.

When Humankind is operating best, it allows players to really enjoy the experience, advancing their society and evolving however they feel best achieves their vision of perfection. On the negative side, the total concentration on Fame as a victory condition can easily lead to metagaming, something the AI knows how to do and actively exploits, especially on harder difficulty levels. 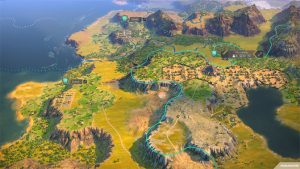 The Humankind metagaming strategy basically encourages players to hold their society back from advancing until they have milked their current era for all the fame they can. So even though they might be able to move from the Classical era to the Medieval one, they might delay that transition for a century or more to wrack up more Fame, and then get more multipliers when they do advance. It takes experience to learn how to balance earning Fame in the game with advancing eras, but once you get used to it, you can have a lot of fun with Humankind and really concentrate on making a great society. 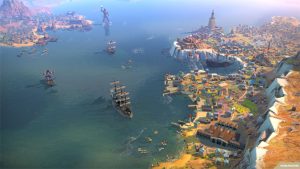 There are some other nice differences in Humankind compared with most other similar games. For one, you will be faced with moral decisions to make, which really plays into trying to build the perfect society. This adds a little bit of an RPG twist to the game which is really exciting to see. On the flip side, the moral choices do seem to have much more impact in the early game, because in the late game you probably (depending on what you are facing) have enough resources to deal with many of those kinds of problems. But a few moral decisions will really give players pause, especially if they want their society to always try and do the right thing, however you define that. 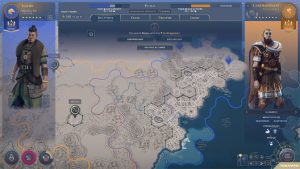 Graphically, Humankind really shines. Here there is almost no comparison to Civilization VI or most other 4X titles for that matter. Just exploring the map is a real treat, especially in the early stages of the game when you are revealing your world’s wondrous bounty and trying to decide where you will make your original home. It looks like the developer put just as much pride into the graphical presentation as they did building out the many societies that you will interact and mix with to form your perfect world. 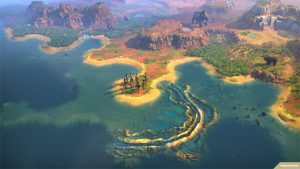 It was tough to sit on this review for so long, but in the end, we are glad that we did. Like the many societies that you will build and evolve, so has the Humankind game slowly morphed into one of the most unique 4X titles available today. As long as gamers are willing to approach the game in a different way than they are probably used to, and learn some new things, Humankind can offer a fantastic experience where the journey really is so much more enjoyable than the ultimate destination.