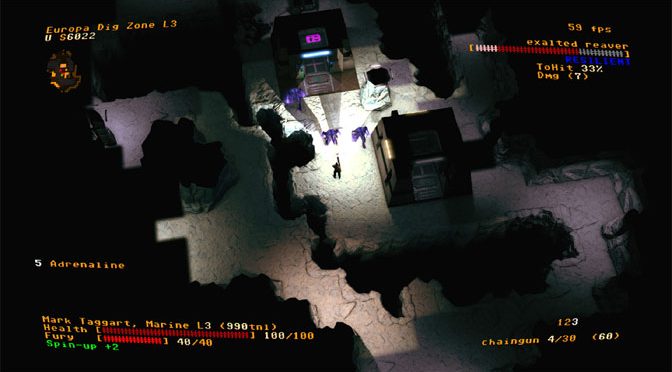 Hey all! I’m back with another Rogue-like game that originally started out as a fan-made DOOM spin-off. It’s called Jupiter Hell!

Plot: You play as a soldier who crash lands on Cassini, a space station orbiting Jupiter. Honestly the plot isn’t super detailed unless you go digging in the various scattered Com Stations throughout the game. From what I can tell, without going into spoilers, is that there were some experiments that went horribly wrong and opened a way to a demonic realm full of creatures wanting to eat humans. Then the people behind the experiments tried to cover it up, or something along those lines. I wasn’t ever able to get the full story myself. The plot really is just there to back up the gameplay. 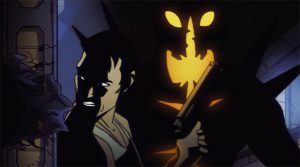 Gameplay: This plays with an Isometric point of view ala many PC games like Starcraft, Command and Conquer and the original Fallout games. It’s turn based, but it never really feels that way unless you start waiting in a spot to allow for patrolling enemies to come close to blast away at. Which is a highly suggested move I encourage all players to do, just running through the various levels will make your character just run straight into a death trap of some sort eventually. 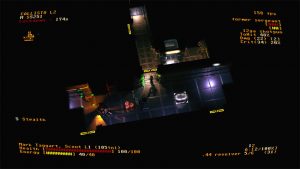 And since this game is a rogue-like with procedurally generated maps, death means starting over completely. Unless you continue to use a specific World Seed of course. This means that for the most part, every single time you approach the game, you are going to be presented with a different set of tactical maps to conquer. 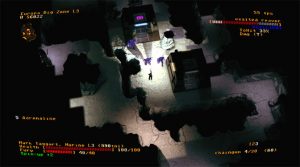 Frankly, I enjoyed this much more than most Roguelikes, simply because the difficulty wasn’t overbearingly hard even at the beginning. Roguelikes aren’t usually my favorite games, I find that I’ll mistake a jump due to my physical disabilities causing me to twitch and that will mean I have to start over from the very beginning, which is more than a bit annoying to me. 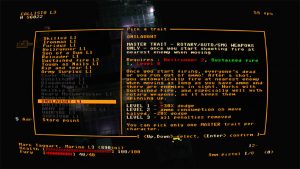 Jupiter Hell doesn’t run into that problem thankfully, as it’s completely turn based, I can set my controller down and if I make a single mistake I don’t tend to suffer a death for it immediately if I’ve been playing intelligently and constantly upgrading my gear over the course of my playthrough. If you play like that, then the difficulty ramps up just about perfectly, rewarding careful players.

And being based off DOOM and other 80’s shooters the game is full of corny lines spewing from my character’s mouth while I move through various levels and blast enemies. 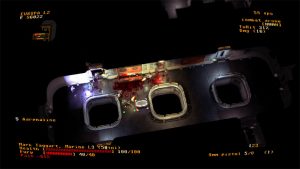 Art: The art isn’t super great or detailed, but given that it’s pretty much a callback to much older games like Fallout and DOOM that isn’t a huge problem. You can see what everything is, and more importantly, where the monsters are, what kinds you are fighting and where you need to go to get the best tactical advantage.

Music: The music is quite a bit of fun, and if for some reason you get offended easily by vulgar or even somewhat silly language you can even clean up the dialogue, or have it be voiced in a serious manner, or both. 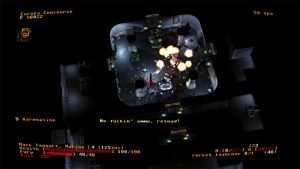 Overall: Jupiter Hell is a fun game, that is definitely worth checking out, especially if you can catch it on sale.

For those who like: Roguelikes, DOOM, 80’s Shooters, Sci-Fi, Fantasy,