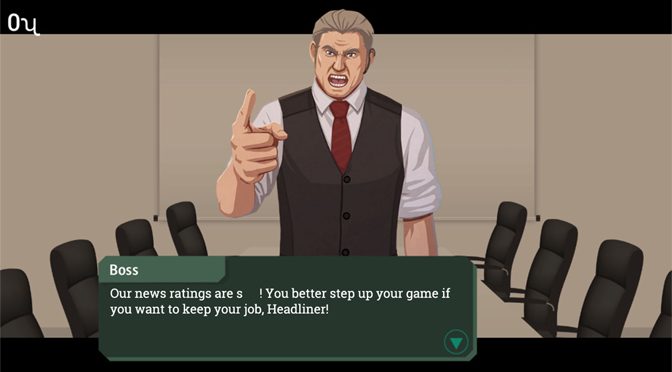 As your long serving online editor of this fine publication, I can safely say I am glad my job is not like Headliner. Mostly because my boss is fun and accepts my shenanigans rather than try to make me follow standard conformist policies. Ok, maybe I do follow the policies to make sure I can keep my job. That said, every review since 2013 has had three strange comments in them and I always bet my wife on which ones he catches and removes. I know, my life is just an absolute blast and you all wish you could be me.

All right, enough rambling. On to the game. 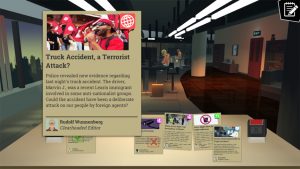 Headliner takes place in a dystopian world where there are frequent body modifications implemented. There is also a highly conservative government, restrictive policies, rapid growth of major corporations and a hatred of all immigrants. This sounds somehow familiar…hold on one second everyone. I need to check my notes.

So after consulting current events, I am not allowed to call this game a dystopia title anymore. Essentially, this game has you choose which stories go out in the daily paper of a realistic seeming country. Essentially, it’s my actual job but with many more negative comments. Allow me to digress to say that I never expected that my job would be made into a video game. It makes me wonder if we are only a few years away from warehouse supervisor or police dispatcher, other positions I have held. Anyway, back to the newspaper editing in a hellishly conservative world game. Check out the trailer:

To see how long I could survive in this world, I decided to take three different approaches to my editing techniques to see if I could make it. They were what I am calling the Huffington Post, Reuters and Fox News approaches. The Huffington Post trial run ended my tenure really quick, like, I didn’t have time to make a second pot of coffee quick. Trying to expose the real truth in a way that was even slightly slanted away from the government line ended up with me out on the street quick. 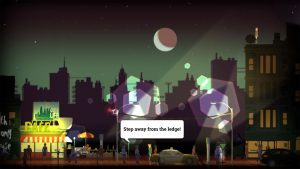 Playing as Reuters and trying to cover both good and bad news was an interesting model in Headliner: NoviNews. I ended up keeping my job long enough to learn about a twisted plot that needed to be published, but which would end up with me being fired. I did that, and of course got fired. But at least I stuck around long enough to do some good.

You might have guessed that the Fox News route was the way to go, though it was not as easy as it sounds. Besides having to put toilet plungers against my ears and singing My Country Tis Of Thee while publishing lots of hateful anti-immigrant and other slanted, outright untruthful stories, it came down to actually trying to be tactical about it. As in, stories had to be believable enough, and also balanced by fluffier, nonconsequential news to keep everyone on the hook. 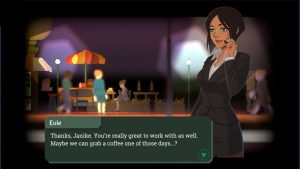 Headliner: NoviNews is set up as a series of work and life choices. It’s not quite as straight forward as Papers Please, but probably more enjoyable because of the greater variety. Headliner: NoviNews features a potential lover and family to deal with, both of which also make dumb choices. Overall, this was an interesting game with a unique concept and a good choice-based story system. However, the game suffered from one fatal flaw, it wasn’t making me want to keep playing.

Allow me to say this, and I know this is a downfall of choice games, the frequent repetition in Headliner: NoviNews made it less interesting. I don’t like having to restart an entire game to make a bunch of the same choices all over again to try and advance the main story. 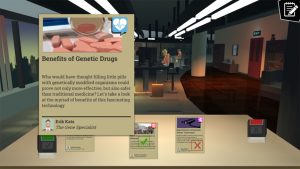 Overall, it was fun for the first hour and then it slowly made me want to play something else. It was a good play, but undone by the simplicity. This is a recurring issue I am having with Switch titles, but that is an editorial from another time.

Headliner: NoviNews is an interesting game and you will probably enjoy both the gameplay and social commentary at first. Whether or not it has any longevity for you may depend on how much you like choice type games, and how politically invested you are in the game’s fairly obvious message.