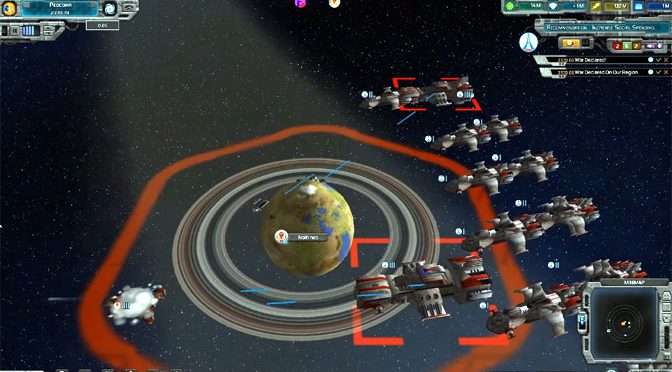 Like many people who enjoy very deep simulations that push the limits of what video games can do, I have been a fan of the Supreme Ruler series of games for a very long time. Unlike most war games, the series does not just concentrate on the military aspects of warfare, but also the economic, diplomatic, scientific and even cultural aspects associated with it. Each game in the series is like a masterclass on the difficulties of running a nation while entwined in a global conflict. And in a nice change of pace, the series generally lets you play as any nation that existed at the time of the setting, so you are not just restricted to the key nations involved in a conflict or the most powerful ones in the world. 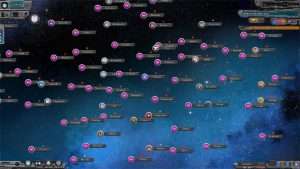 When I heard that BattleGoat was taking the Supreme Ruler series into space with the Galactic Ruler game on Steam, I was pretty thrilled, although I didn’t bother to jump into the Early Access phase of the game, which has been ongoing for several years. Even the land-based Supreme games can be brutally difficult when learning the interface, and adding in all the changes and bugs that come with an early access game was not something I wanted to experience. But now that Galactic Ruler has been officially released, I was more than happy to dive into it. 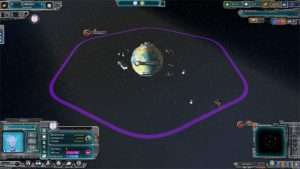 A quick word of warning before this review officially begins. Galactic Ruler is not something that everyone will enjoy. It will take most people hours to even learn the basic interface, and even longer to become truly proficient with the game. Take the complexity of a game like Supreme Ruler on a single planet and then multiply that across maybe (depending on each game’s settings) 50 solar systems and hundreds of planets. Now govern each planet while engaging in diplomacy while there’s the possibility of warfare in space and maybe on the ground on each of those planets as well. As you can see, being a true galactic ruler requires more than just generalship. In most of the games I played, combat was a very small part of the overall gameplay, although there were exceptions. 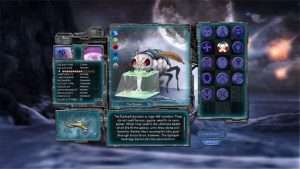 The universe that serves as the background for Galactic Ruler is surprisingly detailed. There are 15 factions that you can command, with only two of them being human (the traditional Earthers staple of most sci-fi games and stories, and a religious zealot faction that broke away from the Earthers years ago). The other aliens are incredibly varied. Some are robotic. Some are insect like. One is ghostlike and able to absorb energy directly as food. And these are not just cosmetic differences. Depending on an alien culture, they are predisposed to cooperate with others or be more warlike, and also have advantages, flaws and preferences when it comes to certain technologies or combat abilities. When playing against the computer, it will stick close to how that faction is supposed to act. But the game also supports up to 15 human players in multiplayer. Of course, when playing against other humans, anything goes. 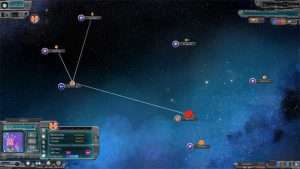 There is even a nice backstory where there was a powerful, almost god-like progenitor race of creatures that kept the galaxy in check for centuries. They forced all of the lessor races to stay on their home planets and restricted research into space-faring technology. Some races in the game predated the progenitors, but they too were forced to stop their spacefaring in the face of overwhelming technology. In return for submitting to their rule, the progenitors sent robotic servants and huge trading ships to each planet and provided resources to all of their “subjects” so that everyone could continue to thrive, so long as they obeyed and stayed on their home planet. Each race developed more or less independently until one day the robotic traders stopped coming, and the progenitors just disappeared. Now it’s a free for all where the stars are the limit. 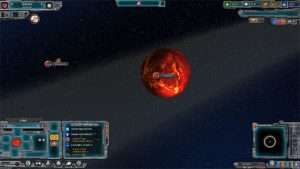 You begin each game in Galactic Ruler on your home planet in a procedurally generated galaxy, which you can develop to maximize resources. You also need to research technologies on a complex tech tree in order to be able to set out and explore space. At first, you will mostly be sending out drones to survey other planets in your own solar system. And if you are lucky, you will be mostly alone to start, or maybe you will be located in a place with another friendly race that is willing to start trading. 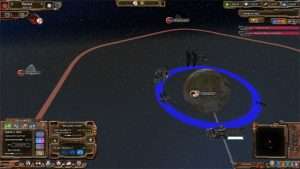 After you have explored your own system, you will want to use a ship with a hyperdrive to jump to another one. The first time you do this, you will randomly land somewhere in the new solar system. But after that, you can set a beacon where you will end up each time from that point on. That is helpful if you want to end up, for example, near a major colony which makes it quicker for your ships to visit, or near the main star which will more quickly charge up your FTL drive for the next jump. 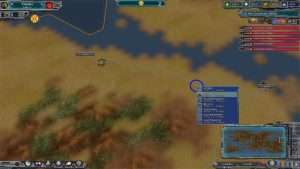 Once you start exploring, you will want to colonize certain planets that hold a resource that you want to acquire, or which might make for a good place for your people to live. Once you do, you can start managing that planet like you did for your original home world. That means building factories, research labs and other facilities as well as population centers. You can also build defenses and create army units on the ground, either to defend your cities or to attack anyone else who is trying to claim the planet. Think of each planet in the universe as a potential mini-Supreme Ruler game and you will start to realize the scope of Galactic Ruler. 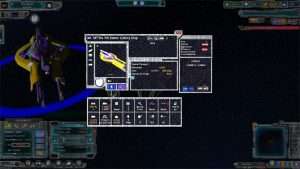 And while all of that is happening on some of your planets, you will also be operating in space, which is the true heart of the game. That involves building fleets for both exploration and conquest (or defense). How well you can do that depends on what technologies you have researched and what facilities like shipyards you have constructed around the planets where you are creating your fleets. The developers did a playthrough to show some of the main elements of the game which we will post below.

Combat, on land or in space, can mostly be decided before a battle once you understand how it works. Most battles are won by whoever has the better combination of numbers and technology. Eventually, you will be able to look at a pending battle and pretty much know how it is going to go. You won’t win battles by clever maneuverings or anything like that. If you were expecting a Sid Meier’s Starships type of experience, this is not that. Ships literally lumber into place and then fight on their own. More often than not, once I learned to “read the room” the results were mostly as I expected almost every time. 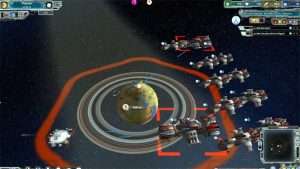 One of the things that BattleGoat did to simplify the game experience a bit was to eliminate any form of money from the game, so it’s one less thing to have to keep track of while playing. Instead, everything you can accomplish will be based on resources like food, energy, minerals and even population. When trading with other factions, that trade will be made by giving up certain resources in exchange for others. So, you might have one planet that is rich in minerals but poor in energy production, so you might offer 50 days of resource production in return for two months of the energy you need to run that same planet. It can get pretty complicated trying to keep track of every planet’s needs, but you can at least empower planetary governors to operate like artificial intelligences (AIs) that make those trades for you, after first giving them specific rules about what is and is not allowed. 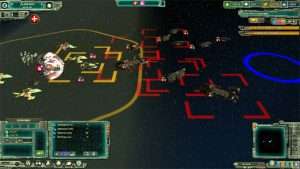 Automation in a lot of ways saves Galactic Ruler from being unplayable by a majority of players. You can set up AIs to do almost everything for you in terms of both planetary management and also fleet operations. What I did was to automate most of the backwoods type planets and everything else that I was not focused on. The AIs would allow those planets to build defenses and withstand surprise attacks and things like that, while also generating resources I needed for continued expansion. And then I mostly controlled one or two fleets directly, and any new colony that I had just acquired. Eventually those new colonies would also be set up for automation while my main fleets moved on. Again, without that automation, the game could quickly get away from me.

I had a great time with Galactic Ruler, although I admit it required more up-front investment of time than any other game I have ever played. For me, the investment paid off with a game that allows near total control over every aspect of my galactic empire, especially now that I am at least fairly adept at this title. The rewards for becoming proficient with Galactic Ruler are abundant for the right type of player, but instead of a learning curve, players face more of a learning mountain. Whether or not you want to commit to the climb is going to be a personal choice, but I can tell you that the view from the top is something to experience.