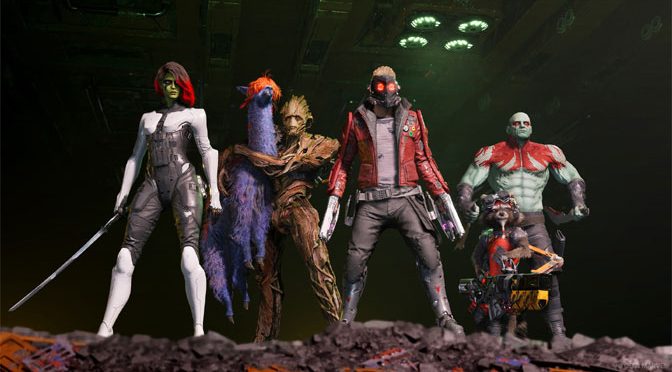 Guardians of the Galaxy

Let’s be honest, movie tie-in games, regardless of what form of media they’re tied into, are pretty hit or miss. Mostly miss. With that in mind, I didn’t have high hopes for Square Enix’s take on The Guardians of the Galaxy, a much-loved comic series turned into a much-loved movie series.

The trailer looked good, but we’ve all seen plenty of amazing trailers that didn’t translate into good games. Of course, there are exceptions. After all, the Witcher games, especially the Witcher III: The Wild Hunt are based on Andrzej Sapkowski’s books, which were also turned into a successful Netflix series. On the other hand, there have been loads of Harry Potter tie-in games and most of them have been pretty weak. But the Prisoner of Azkaban game was really fun, and it was for some of the same reasons Guardians of the Galaxy is. Hear me out. 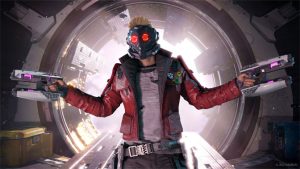 Guardians of the Galaxy manages to maintain the humor as well as the balance of the source material. By balance, I mean that you can’t plow through GotG by just blasting through every scene as Star Lord (Peter Quinn). Each of the characters have their own strengths and weakness, so you have to use the whole team to take down your enemies, which is why it reminded me somewhat of the Prisoner of Azkaban game.

In that game Ron and Hermione were as playable as Harry and had different strengths that you had to utilize problem solve. GotG is like that too. But it also offers a new and original Marvel’s Guardians of the Galaxy story, so you are not just following along what happened in the movie. 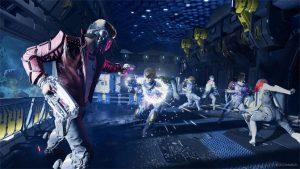 In terms of interface, the clips make it look like Guardians is a first-person shooter. It’s not. Instead, it’s a true linear action-adventure game, kind of like the Drake’s Quest or the Tomb Raider games. So, expect some puzzles to solve as well as enemies to take down. That being said, the puzzles aren’t as difficult as some of the ones in Tomb Raider or Drake’s Quest. They’re more in line with the difficulty of Prisoner of Azkaban, but that’s okay. It’s fun, lighthearted, and entertaining. 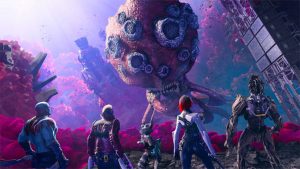 One standout feature is the soundtrack. Yes, there is lots of original music like with any other game, but Guardians also has a really cool throwback 1980s soundtrack where songs play at key times, like right before a battle. This lines up with the movie, and was a real thrill here too. Lots of people are saying that they came to the game for the soundtrack and found that they really enjoyed the gameplay after they got into it, which is fine. The 80s tunes are really fun. 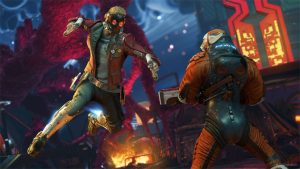 Guardians of the Galaxy is separated into chapters, which are replayable to pick up artifacts for the completionists out there, but it’s not an open world game. Now before you start to think that makes it a bad game, the linear nature of the levels, and having the developers know exactly where the action is going to take place, is probably why the game is so good. Guardians doesn’t get bogged down in loads of side quests or exploring a huge map, and you can’t get lost in the levels. Nevertheless, I dinged it a little on value, because I feel like for most people it’s a one and done game. 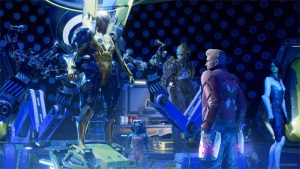 It would have been a lot more difficult for the developer to keep the feel of the series if it had more content, and I don’t think that would have added anything to the experience. Is it the greatest game I’ve ever played? No. This is just a solid, fun ride that is well worth your time.

Check it out and let us know what you think in the comments below.