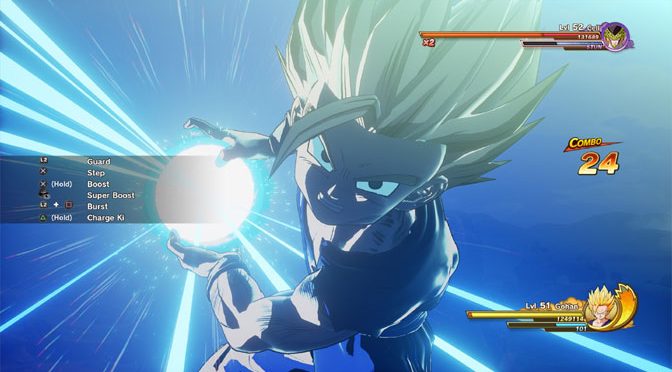 Few properties capture the imagination quite like the Dragon Ball universe. From the manga, anime, movies, games and more memorabilia than can fill a convention center, the world created by Akira Toriyama has been going strong since the mid-80s and doesn’t show any sign of slowing.

One reason for Dragon Ball’s enduring popularity is its incredible fight sequences. With characters who possess planet-shattering power, there’s something fascinating about seeing epic clashes play out, with the series’ well-known penchant for absurd power boosts popping up at regular intervals. It makes for some spectacular viewing, but it also presents a challenge in recreating the sense of speed, strength and scale in a video game. 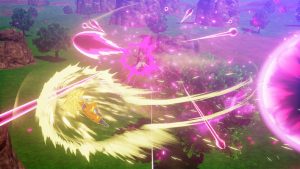 Dragon Ball Z: Kakarot handles that challenge as well as any game has so far, creating an abridged retelling of the DBZ saga that welcomes fans new and old alike. With snappy combat, vibrant explosions and power-ups galore, the game does an admirable job of capturing the feel of Dragon Ball Z. But this isn’t a game that was touted as just another arena fighter; the developers made a point to call DBZ: Kakarot an RPG, and in that, the game falls well short.

As an arena fighter, the game’s combat is fast, fluid and responsive. Visceral melee attacks connect with satisfying force, with certain abilities able to smash opponents into objects or the ground for additional damage. It’s a great nod to the series, and the visual of turning your enemy into a crater never gets old. Plus, it provides bonus damage to your attack.

[amazon asin=B07N3GM3KY&text=Whether you are a series veteran or a newcomer, there is something for everyone in Dragon Ball Z: Kakarot. Pick up a copy from Amazon!] 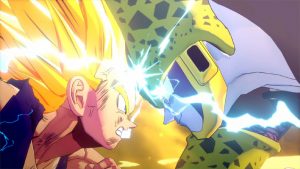 Ki-based attacks are equally impressive, with an element of timing needed to successfully land them. Because there’s a slight charge time and your character is stuck in position while attacking, enemies can easily sidestep the blast and punish you accordingly. It’s a neat risk/reward system and works well to stop players repeatedly using the same move.

Additionally, players have to manage their Ki in combat. While it’s quickly recharged by holding a single button, that also represents time you aren’t attacking. And in DBZ: Kakarot, if you aren’t attacking, then your opponent most likely is, which makes dodging and defending must-learn skills. 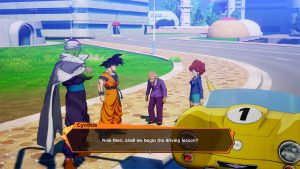 Guarding itself is simple but doesn’t come without its own risks. Some attacks are outright unblockable, and even ones that can be defended against can break your guard if you’ve taken too much punishment. One option is to use the Instant Transmission technique while guarding. That immediately teleports you behind an attacking enemy and puts you on the offensive, but at a high Ki cost.

Dodging, on the other hand, is far more effective, costs no Ki and creates a moment of slow-motion that lets you close the gap to your opponent and unleash serious damage. The catch with dodging is that the timing window is narrow, and getting it wrong means your character absorbs the full damage of an attack without the chance to guard. 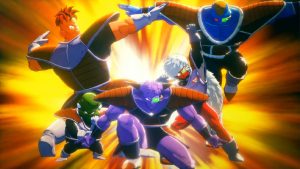 Both defensive strategies have their pros and cons, and they provide a nice balance to one another, offering options for different playstyles. That said, this is a Dragon Ball game, and you’ll want to be on the attack as much as possible. That’s where the power-up system comes in — and where DBZ: Kakarot’s claim of being an RPG starts to fall apart.

In order to unlock and enhance abilities, players need to collect Z Orbs and D Metals. Each of these can be earned through combat, but the vast majority are found through world exploration. Not that they’re difficult to find. Taking a quick look around, you’ll see red, blue, and green orbs floating everywhere, with rarer rainbow orbs hidden in harder to reach places. D Metals also aren’t hard to come by and can be found in the environment or as a reward for filling out the Z-Encyclopedia (collection tab). 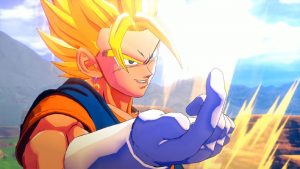 And that’s where the issue of the game being called an RPG comes in. The rewards you get in combat are dwarfed by what you can find in the environment, and random encounters are utterly irrelevant. Save for a few super-powered enemies, which are specifically marked on screen, combat outside of the main story provides negligible rewards, almost no experience and even less of a challenge.

On top of that, the game hands out experience points like confetti in Times Square on New Year’s Eve. When taking over a new character for story reasons or reassuming control of one who wasn’t in the story for a while, the game boosts that character to the appropriate level it needs you at to match the main enemy. Then, because it doesn’t want you over-leveled, the random encounters give out almost nothing to prevent you from becoming too strong. 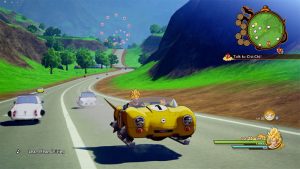 Between having to constantly collect orbs to level-up character abilities, which require a ton of them, and the game giving out free experience, strengthening your character is in no way tied to combat like it should be. Others have compared the game’s leveling system to Crackdown’s orb system, and it’s easy to see why.

It also makes the leveling process tedious. Zipping around the environment is fun for a while, but it quickly loses its charm when the lack of detail in the world makes everything start to blend together. Gathering orbs is made more cumbersome by some finicky movement controls, with your character often handling more like Sonic the Hedgehog at full speed than a veritable alien warrior. 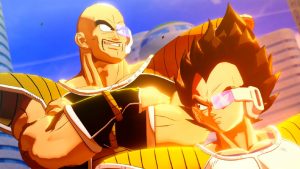 But where DBZ: Kakarot lacks detail in the larger game world, it more than makes up for it in its character design and spectacular effects during combat. The faithful recreation of moments from the anime is nothing short of majestic, and every character’s signature abilities look gorgeous. The visual effects of dodging attacks and characters getting pummeled into mountainsides is just as well done, adding a feeling of authenticity to the game. The developers clearly love Dragon Ball Z and are in their element when recreating its unique style.

The audio is great, too, with the classic DBZ voice actors putting in great performances. Every punch, kick and Ki blast brings a sense of force with its sound, helping to convey the sheer power these characters have. Once again, though, the game struggles outside of combat. Recycled lines get tossed around entirely too often as you fly past enemies, and there’s not enough variety to make the larger world feel alive. The game’s abridged storytelling style works wonders, and it’s impossible not to wonder if the rest of the gameplay could have taken cues from it. 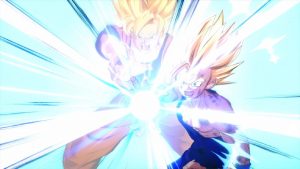 Outside of the gameplay itself, DBZ: Kakarot represents a collector’s dream. A series menus called Community Boards lets you unlock Soul Emblems, character tokens you can slot together for added bonus. These do everything from boosting your attack power to increasing the effectiveness of cooking, and pairing different combinations of characters together can dramatically increase how potent the boosts you receive are.

There’s a lot to like in Dragon Ball Z: Kakarot if you’re a fan of the series. And for any newcomers who are curious, the game represents a great chance to jump in and see what it’s all about. That said, this is a game that suffers from a lack of variety and doesn’t quite find its feet outside of the main combat sequences.