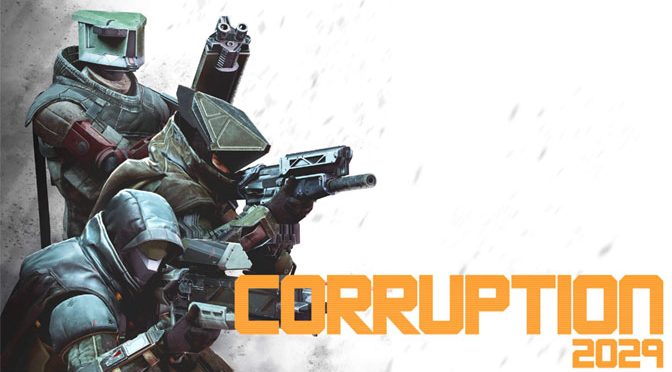 Hey dudes and dudettes! It’s another fabulous Saturday with yours truly, the Modern Gamer. It’s been an interesting last month over here. I’ve finally launched my Patreon for my indie comic Shurale. I bet you didn’t know I did more than just artwork and games reviews. So here I am doing another shameless plugin. You can check it out here: patreon.com/Shurale. 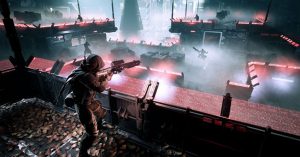 Ok so let’s get to it! Here I’m gonna talk about Corruption 2029. The story line is pretty interesting. America broke out into its second civil war. The faction you play on is UPA (United People’s of America) and NAC ( New American Council) is the enemy. You both think one another are terrorists. Btw I would like to say that this game is not for kids. It’s got a strict MA rating on it. So please no kids. Ok Onward!

Picture this setting: A drone lays on the ground and still functions. It looks around and finds the commander (you) and Eos tells you shut down all your coms and stay on this channel. Your job is to find your units after you survived a crash from a plane. The enemy ran off with your cargo and it’s your job to retrieve it. Did I mention you and unit are more machine that human? 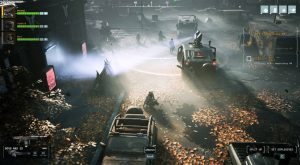 The game play is pretty nice, it’s a combination between Halo and XCOM. Yes I just made that reference. So it’s like a pretty war game of chess. The Corruption 2029 game was made in the Unreal engine so you’ve got that natural physics feel when you move. You also have a great choice of weapons when you first start out, so it’s nice that you can hit the ground running instead of trying to finish the first few levels with pea shooters.

What’s even better is that the more units you pick up the more interesting the weapons gets. Which is great cause if I need a sniper hiding while I have a 2 tanks in the front it’s great. Cloaking is a great way for you and your unit to sneak around. What’s really cool is that you can actually split from your unit.

The gameplay itself is turn based, so you need time to figure out all your moves and need to go make a sans which or take a restroom break while deciding what to do you can. What I like about this game is that is has easy to hard. Guess which one I played on? (hint: it wasn’t hard) 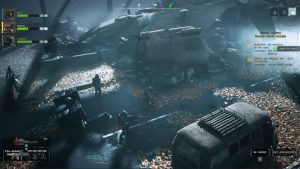 The game itself is beautiful, I would compare this games graphics to that of Halo. It’s pretty, it’s shiny, and the physics make it have a natural feel to it. Something I really, really like about it.

What I don’t like about it, is that this could have been a great real time game. It’s got the ability to be that. But then again it wouldn’t have the game tactics it would. Also it’d be just another first person platform shooter in the crowd. And it’s really not, so I can’t really say I don’t like that about it. Then again all this is coming from the fact I’ve played too many MMOs lately. 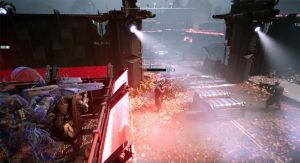 There’s really not a bad thing I can say about this game. It’s beautiful, the game play is unique, and it’s really got an interesting story. So it earns 3.5 overall. I have to say cause I’m not into American fantasy war games, I’m really the type to be in pure fantasy, so I didn’t think I would like it. But this was a good game and if you love these strategy turned based games, this is a really good one. You are gonna love Corruption 2029! My only question is if this game is a political statement?

That’s all for now, Modern Gamer out!