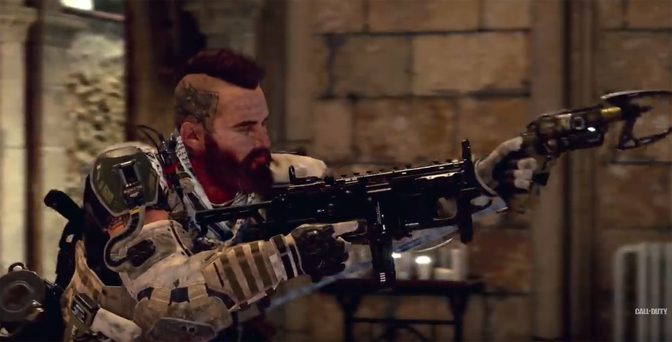 When I first flew to Los Angeles I didn’t expect to actually be able to mess with Call Of Duty: Black Ops 4. Later I found out I got an hour to test the game in its pre-alpha state. Those of us in the press at the big LA event had eight of the game’s specialists to choose from, and few different weapon combos to choose too. I tried to go with my normal heavy machine gun combo, however equipment to stabilize it was unavailable, so I was unable to control my recoil.

Specialist wise, I stuck with Torque, a defensive specialist, since I was rusty and not used to PlayStation controls. Torque’s main special equipment is setting up a roll of razor wire that will blockade most doorways. After a certain number of kills, eight I think, you can use his second special, which is a deployable barricade.

Five on five matches were set up for five matches over a couple game modes. My team, Bravo, had a rough first game as we kind of fumbled around the controls. I noticed that compared to the last time I played a Call Of Duty game, which was Ghosts, the combat felt like it flowed much more smoothly. I was only spawn killed once in five matches, which is a nice change. Lucky for me, I had a good team with me and we started to communicate better. 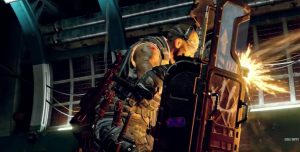 Each specialist allowed for different maneuvers. I hit my stride during a battle in hard point mode. Hard point is essentially capture the area, except the area moves every minute. I normally showed up to the new area second and would deploy the razor wire where the enemy essentially HAD to come through. This fatal funnel allowed us to capture nearly every hard point and hold it. Bravo dominated that match and it was top to bottom domination thereafter, so learn how to use your specials when you play.

[amazon asin=B072MKR1RL&text=Enlist now, by getting a pre-order copy of Call of Duty: Black Ops 4 from Amazon!]

However, when team deathmatch was selected, the Torque character lost a lot of his value. Since we weren’t defending anything specific, his abilities were not as effective. Although, during our final match I ran out of ammo with my rifle and pulled out my shotgun. I turned a corner and almost ran right into an enemy. Like the strong, manly army vet that I am…I screamed like a little girl and panic hit the trigger. I killed him and turned to run like I was in Scooby Doo only to see someone else. I panicked and fired again and got another kill. I ended up with four panic shotgun kills while running away with my tail between my legs. 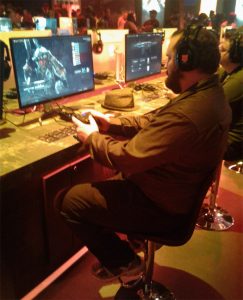 The only thing I didn’t really care for in my Black Ops 4 preview was that you had to choose either a primary special ability OR grenades. That saddened me since I love explosives, but if I took off the razor wire I lost the whole purpose of my character. On numerous occasions during the match I died trying to throw a grenade, only to drop razor wire instead. My team laughed hearing me yell “No, that is specifically NOT a grenade.” I can’t complain because we won eighty percent of our matches. No thanks to me, I had a positive kill/death ratio, but I didn’t kill or die a lot. Pretty much, I was nothing more than a nuisance.

Music, graphics and sound were on point. I had some amazing headphones on so I could hear every deep rumble from the weapons. Especially when I fired the heavy machine guns. Deep bass rumbled through my ears and immersed me in the game. The graphics were just plain beautiful. When the game is completely polished it will be breathtaking. 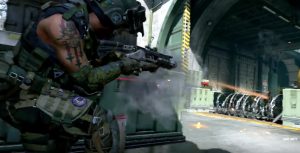 I loved playing the pre-alpha of Call Of Duty: Black Ops 4 from start to finish. That said, this game requires good teamwork and communication. If I get a chance to play this game, then I want a group of friends that I trust and work well with. This isn’t really a simple shooter to just blindly run around in. If you master your characters and figure out combos, you will dominate. Overall, I’m highly impressed and look forward to the full launch.