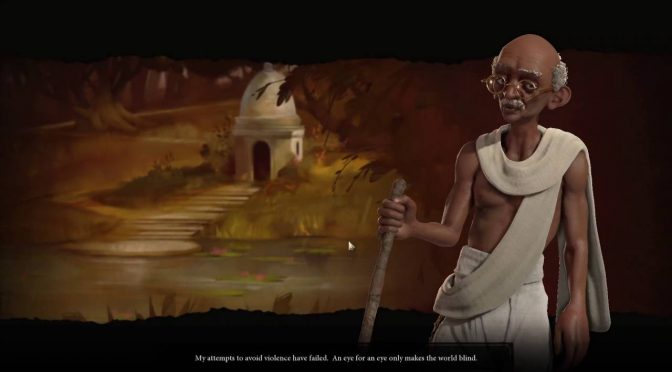 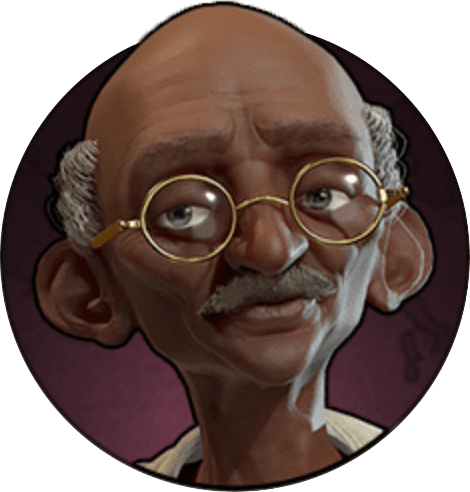 This week for Video Game Tuesday I’m looking at one of the more bizarre quirks of the Civilization series. It’s all about Gandhi in the Civ Series!

Huh?: So for those unaware, Gandhi in the Civilization games has always been a bit of a jerk. In the first game this occurred due to a mistake in the coding, but it was so hilarious that it’s stuck in all future games.

Wait what? So Gandhi in reality was one of the most peaceful and influential movers towards keeping peace between various nations. This isn’t the case in the Civilization series, oh sure he’s still one who prefers peaceful leaders and dislikes those who keep going to war, but if pushed the wrong way you’ll see him start dropping nukes on his enemies in a complete opposite of what you might expect.

How did this happen?: Well like in all games, it comes down to the coding, in the first game he was given the value of 1 for aggressiveness, but if the player chose democracy as their government type they’d get an automatic -2 to all other leaders for that stat. So it would go from 1 to -1 and the code being as it was it’d become 255, which is stupid high in terms of aggressiveness. So he’d start dropping nukes on everyone and everything. This has lead to him being a rather vindictive leader in later games, including the latest Civilization VI.

So the next time you see someone drop a ton of nukes on their enemy after declaring war in a game of Civ, it’s probably due to Gandhi being an ass. That’s it for this week’s Video Game Tuesday!