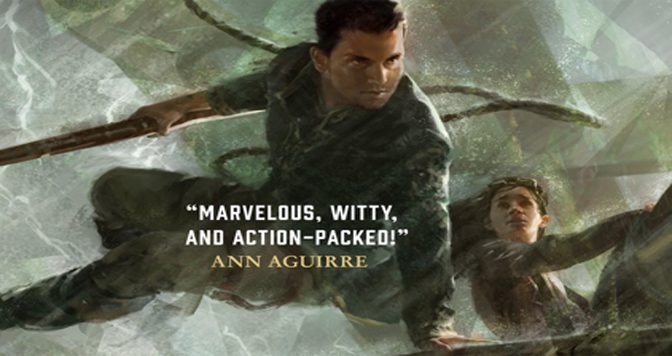 Hey all I’m back with the sequel to a book I reviewed around this time last year! It’s By Fire Above, Book 02 of the Signal Airship series, by Robyn Bennis!

Plot Synopsis: “All’s fair in love and war,” according to airship captain Josette Dupre, until her hometown of Durum becomes occupied by the enemy and her mother a prisoner of war. Then it becomes, “Nothing’s fair except bombing those Vins to high hell.” Before she can rescue her town and mother, however, Josette must maneuver her way through the nest of overstuffed vipers that make up Garnia’s military and royal leaders in order to drum up support… 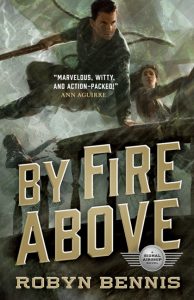 Plot: The sass and humor of the first book that were so pivotal in helping stem the serious tone of the plot still remain in this sequel, which is a very good thing. I found that while there weren’t as memorable lines as the first book I was did find myself chuckling enough to have a good time reading this story.

Characters: We get some new entries, but truthfully, I just found I couldn’t grow to like them as much as the crew we met in the first book. Bernie and Josie are just a riot and the fact that Josie is quickly growing to be a real badass female lead is just icing on the cake.

Overall: A solid sequel, but maybe a bit more serious in terms of tone. While not a bad thing, it might be a turn off to some who really needed the humor from the first book to deal with the otherwise serious nature of the story.