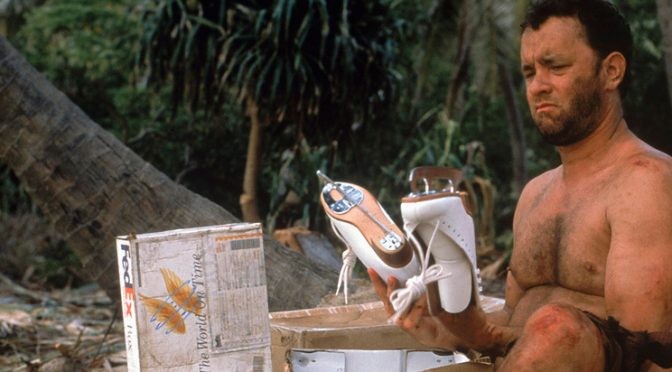 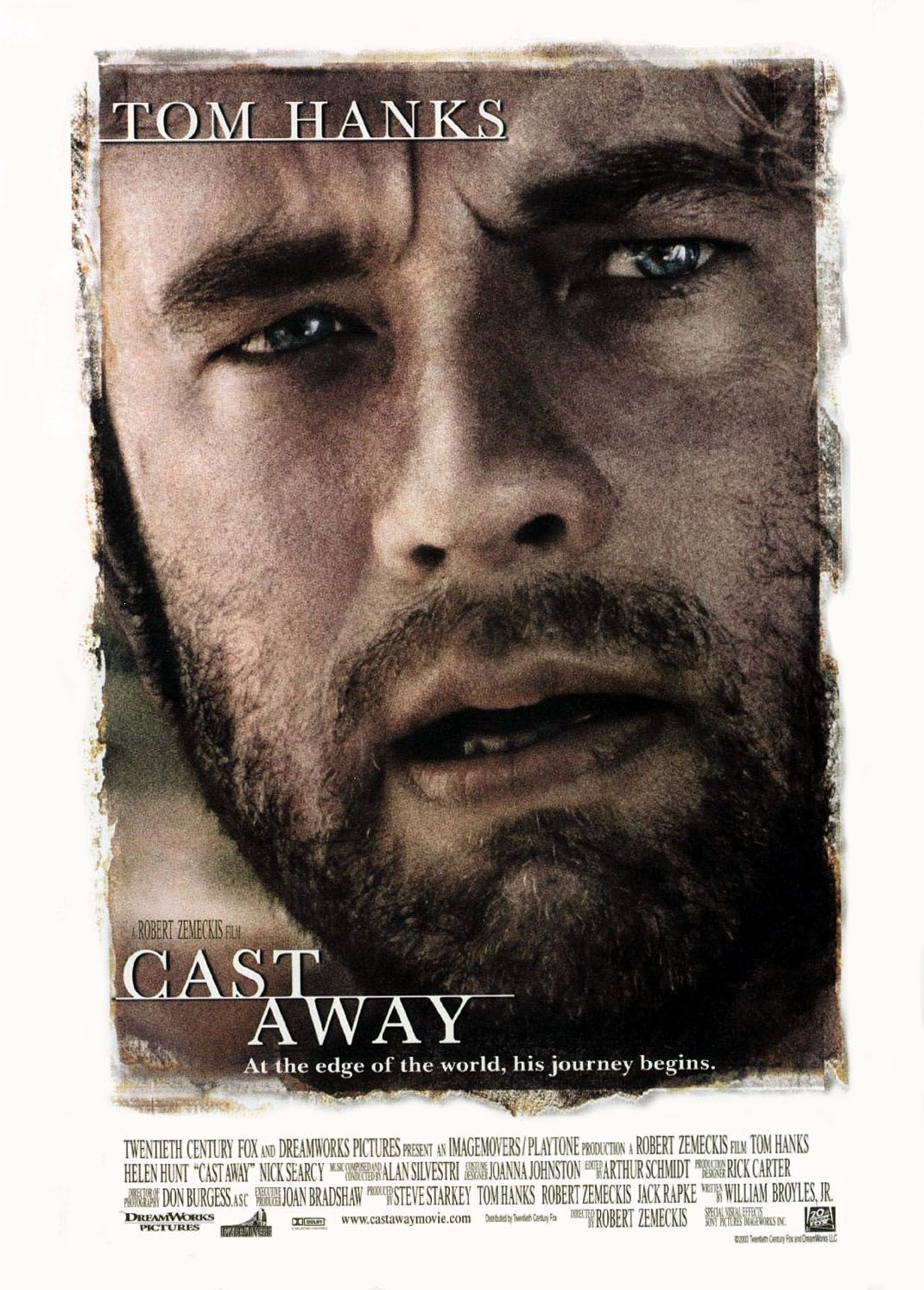 This week for Movie Monday I’m back with a movie most people remember for a certain volleyball. It’s Cast Away!

Plot Synopsis: In December 1995, Chuck Noland is a time-obsessed systems engineer, who travels worldwide resolving productivity problems at FedEx depots. He is in a long-term relationship with Kelly Frears, with whom he lives in Memphis, Tennessee. Although the couple wants to get married, Chuck’s busy schedule interferes with their relationship. A Christmas with relatives is interrupted when Chuck is summoned to resolve a problem in Malaysia. While flying through a violent storm, his plane crashes into the Pacific Ocean. Chuck escapes the sinking plane and is saved by an inflatable life raft, but loses the emergency locator transmitter. He clings to the life raft, loses consciousness, and floats all night before washing up on an island…

Plot: The plot of this movie is great, although it’s also rather depressing at the same time as it’s hopeful. I won’t go too into it, in case by some odd reason you’ve never seen this, but it’s definitely one of those movies everyone needs to watch at least once in their life.

Characters: Chuck, portrayed by Tom Hanks, is an awesome main character. Honestly given that he’s pretty much the only character I can’t say much more than that. Although there is Wilson….

Cinematography: This movie is incredibly well done, and while there are no special effects along the lines of something you’d see in a Star Wars film, those that were done were done fairly well.

Musical Score: I honestly don’t remember it much at all, but I do remember thinking that it fit the movie.

Overall: A must see movie, if you’ve never watched it you really ought to at least once.

For those who like: Survival Stories, Tom Hanks, A 1 Character Movie, Depressing Story, A Hopeful Story.