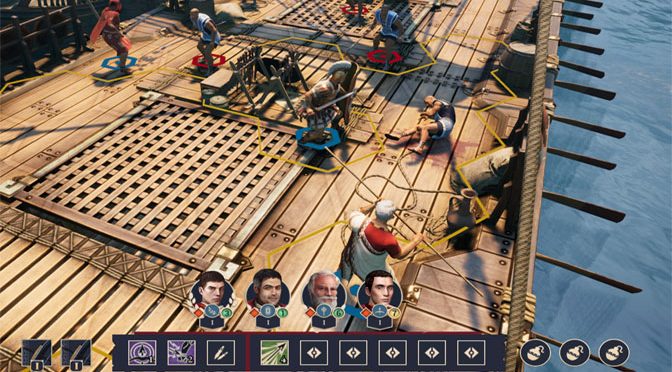 Despite not being in the office because of catching COVID again, the boss has still found a way to chain me to my writing desk. Before I could break out the power tools and reenact the latest Saw movie, he sent me a code to Expeditions: Rome. This was either a kindly thought game that he believes I would like, or a last ditch effort to keep me from unhinging my jaw like a snake and swallowing my keyboard whole.

When I first read the title, I thought it was a sequel to another Expeditions game I played years ago. Then I doubted myself and looked it up and, sure enough it is a direct sequel. The last time I played this series was before THQ became known as THQ Nordic. Back in 2013 I reviewed Expeditions: Conquistador and gave it a very rare perfect score. Well, the gladius doesn’t fall far from the arquebus rack because I am handing out another perfect score for the series. 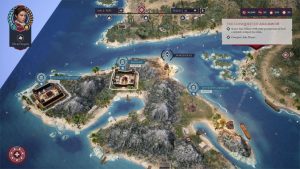 Expeditions: Rome is easily one of the best tactical combat and light role-playing games that you can pick up right now. Seriously, go over to Steam right now and give it a try. If you are at all into tactical combat, rich characters, the Roman era or just good, solid gameplay, then Expeditions: Rome won’t disappoint. In fact, most players will likely be surprised and impressed with how much content and craft went into this game. If you are used to the cookie-cutter, throwaway tactical battlers that have multiplied so much in recent years, Expeditions: Rome will drive a gladius into the heart of that stereotype. 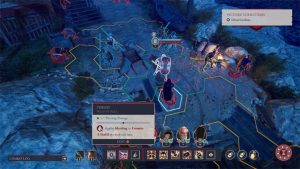 When handing out another perfect score, I had to ask myself if the game series had evolved significantly since that last review. Short answer, yes. That was the end of my review, but the chief editor said I needed to explain why because game quality wasn’t self-evident. Truthfully, I don’t want to get shot with a sleep dart and wake up in the employee punishment dungeon… again.

First, the graphics are incredible for turn based strategy game in this series. I want to point out that I am running an aging Radeon RX 570 graphics card, so I am very firmly in the budget camp. Yet, the colors and models were well rendered and lifelike. 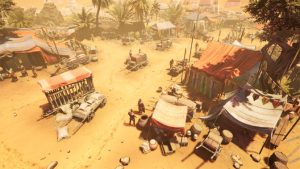 This graphical quality was matched by the sounds from the game. The audio is very well mixed and the voice actors are top notch. There was some voice acting back when I played Conquistador, but it didn’t add a lot to the overall experience. In Rome however, each of the actors increased the immersion and gave the game an almost RPG feel. You will certainly be picking your favorite characters to play with, not just based on their skills, but also their personalities – something that many titles fail to capture. 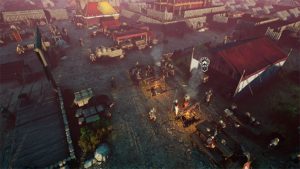 You will get to explore the Roman world quite a bit in the game, and each of the environments are very well designed and have that historical, Roman vibe about them. Some non-Roman places like the Greek coasts or the verdant forests of Gaul were also given the master treatment in terms of art and sound design. Seriously, Expeditions Rome should be earning some game awards for design this year, especially compared to most other turn-based type strategy titles.

Overall, the environments presented were better than XCOM maps, which is kind of the standard (at least for me) because they are not large, desolate sprawls that take forever to engage the enemy. Combat is quick in Expeditions: Rome, which is good because it’s truly a high point of the game. 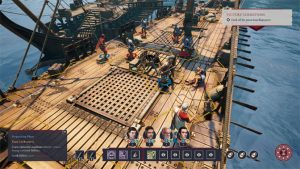 Expeditions: Rome even has a nice character generator. It’s maybe not on-par with a pure role-playing game, but is well done compared with most turn-based titles. Before you start the game, you get to design your character. The options aren’t plentiful, but enough. Just to be clear, there are not so many options that you spend hours tinkering with a slider to get your nose just right, but not so few that you feel cheated. It also allows players to pick between four classes that are different enough that your main character, a young Legatus whose father was murdered by an unknown political opponent, can play and fight in a way that is configured at least somewhat towards player preference. And yes, you do level up as you adventure. 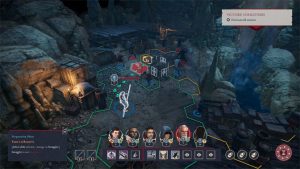 Overall, I feel Expeditions: Rome is the best Roman-themed game I have played since Rome: Total War. Anyone who knows me well knows I don’t make that statement lightly. Rome: Total War, is one of my favorite games and I feel that Rome: Expeditions has just become a very close second. While Expeditions: Rome does not have the massive tactical battles of Total War, its tactical combat,  enhanced role-playing elements and simple attention to detail put it on par with almost any combat-oriented title available right now.

For anyone looking for an RPG-like experience to spice up their tactical combat fun, Expeditions: Rome is a must have game. It’s available for the PC through Steam for about $45, and given the many hours that you will likely spend playing and enjoying Expeditions: Rome, it’s going to be worth every denarius that you spend on it.