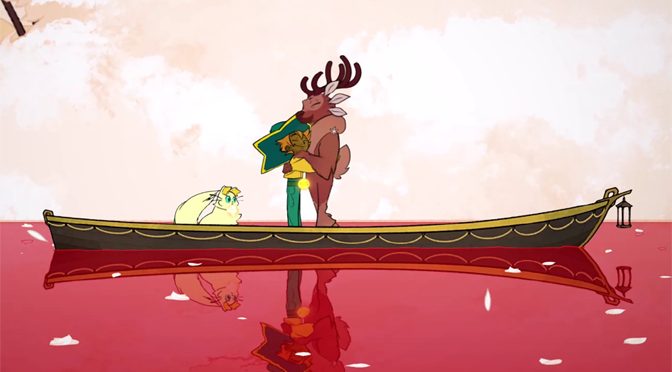 Death is a concept that almost all video game developers have to address at some point or another. Whether it’s being reconstituted in Borderlands, resurrecting at a bonfire in Dark Souls or blacking out after all your Pokémon faint, developers have come up with countless creative ways to handle the idea that you, the player, lost all your health and need to try again. 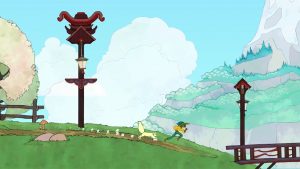 Once in a while, though, death goes from being a simple result of misjudging a jump in Super Mario Bros. to taking on a more prominent, overarching role in a game. Spiritfarer takes this idea to a new level, where death is the entire point, and your task is to aid souls on their final journey.

One of the oldest embodiments of death is the ancient Greek boatman Charon, who ferried souls across the River Styx and into the underworld. After a brief appearance at the beginning of Spiritfarer, Charon’s own time has come, and he passes along the role of taking the dead on their final journey to you, Stella, and her cat Daffodil.

While there are countless metaphors in Spiritfarer, the game’s vast ocean is quite literal, and Charon didn’t leave you a boat. Fortunately, there’s an old one he had commissioned that’s conveniently docked near the point he leaves you. This is where the majority of Spiritfarer’s gameplay occurs, with players upgrading their boat to carry passengers and accommodate their needs.

As a management game, there’s a constant balancing act players have to handle. Each passenger has a morale meter, which is affected by different circumstances such as the weather, housing and hunger. There’s even a button to hug your passengers and make them feel better. 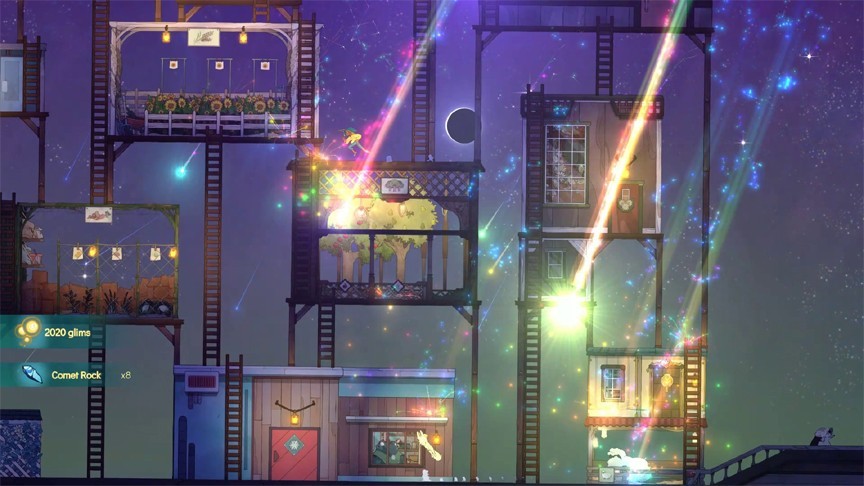 Tending to specific characters’ needs isn’t always straightforward, and some quirks require more thought than others. For instance, some passengers refuse to eat the same food twice and outright won’t to eat other kinds entirely. They also have special quests to complete before making their final departure.

Managing passenger morale is only part of Spiritfarer’s gameplay loop. Although most resources are plentiful, players constantly need to stay on top of what they do and don’t have an abundance of. Growing plants in your boat’s garden or field can give you specific ingredients for cooking and crafting, but you also have to supplement that by traveling to different islands and gathering items. 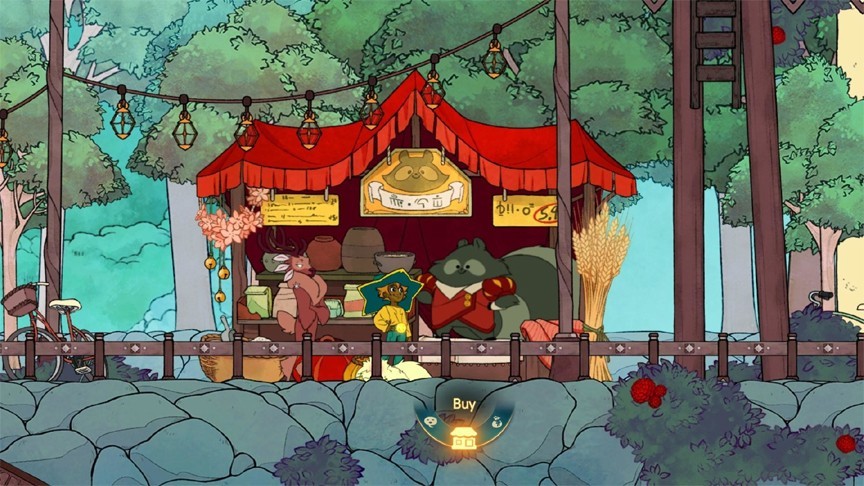 Traveling to those islands is only possible during the daytime, though. One of the perks of being the Spiritfarer is being granted the Everlight, a magic artifact that can transform into everything from a saw to an oar, and it’s also what powers your boat — but only during the day. It’s an interesting design choice that creates a bit of downtime in the core gameplay loop, and it’s an intelligent one.

At night, passengers are asleep, meaning you can tend to the other areas of your ship without distraction. This gives you time to water plants, fish and refine raw materials into usable items, which itself is an engaging process. 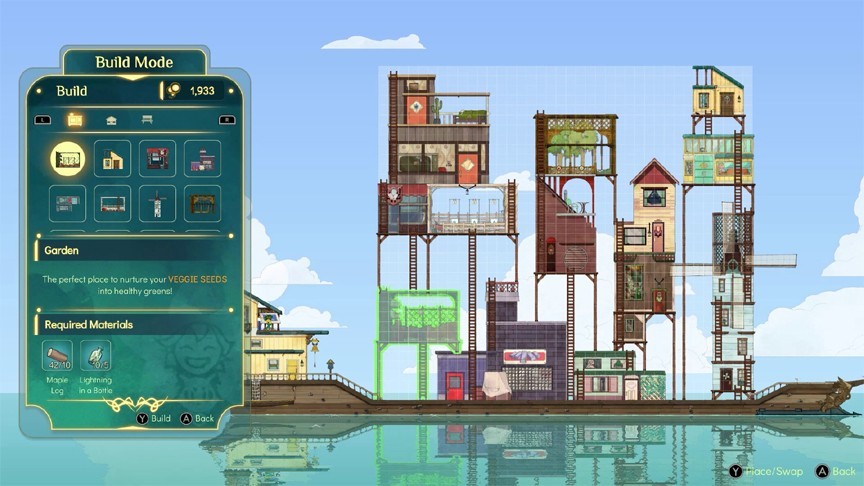 While some management games simply require you to go to the correct crafting station and hit a button, all of the crafting and gathering in Spiritfarer is done through minigames. The games only require simple button inputs and timing, but it adds an extra level of activity to something that would otherwise be a repetitive, passive action.

With so much to do on your boat, Spiritfarer could easily become overwhelming, but it never does. The game allows you to proceed at a leisurely pace, soaking in the sights and sounds of its magnificent atmosphere. 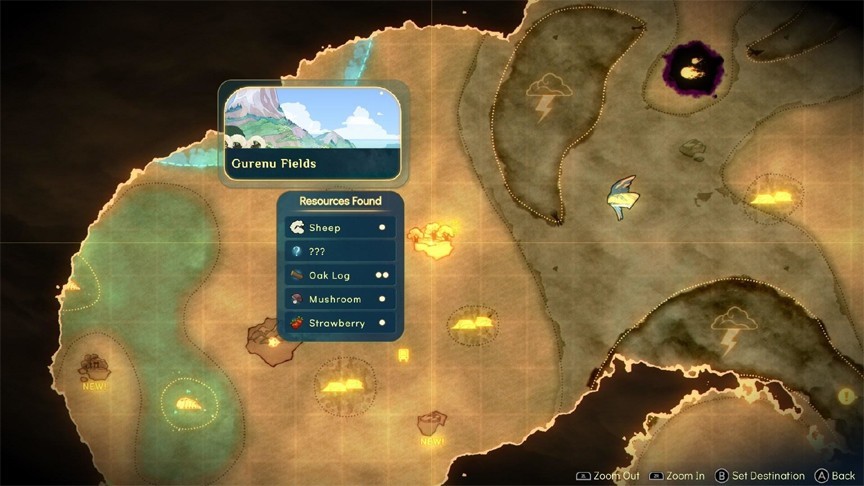 A key to that atmosphere is the stunning hand-drawn art style. Spiritfarer is positively gorgeous and looks like a classic 2D point-and-click adventure from the 90s, which is all the more astounding because the game’s animations are all playing out in real time. One reason old adventure games had such high-quality animation was because each unique movement could be preset to happen when you clicked on an object, with the full animation playing out before another input could occur.

Spiritfarer has the same fidelity in its animation quality, but it’s done with fully responsive controls. The result is a game that feels like you’re playing an animated cartoon of the highest production value. Environmental details and colors pop off the screen and complement the game’s animation beautifully, perfectly capturing Spiritfarer’s serene feel. 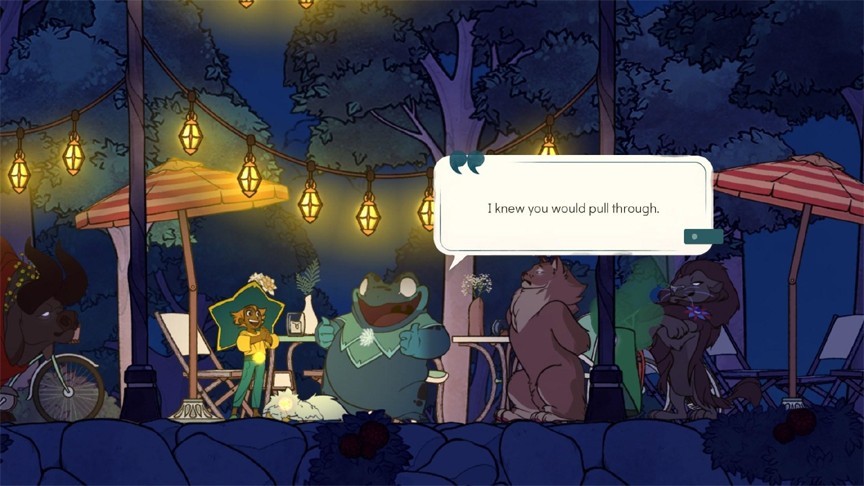 But what really evokes the game’s serenity is the incredible music and audio throughout the game. From the way the boat moves through the water to the sound of cutting down a tree, the amount of love that went into the sound is evident in every facet of the game. Coupled with a hauntingly beautiful soundtrack, Spiritfarer often feels more like a carefree experience than the typical frantic scramble most management games create.

With engaging gameplay, incredible hand-drawn art and a melodic soundtrack, Spiritfarer offers a gameplay experience few other titles can match. It’s a must-play title, and it even offers co-op to let you enjoy the experience with a friend.

Spiritfarer earns 4.5 GiN Gems out of 5.