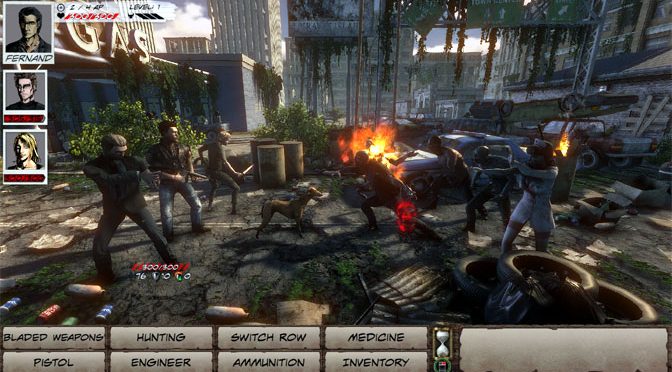 While scrolling through the various new game offerings on the Steam platform, I came across Dead Age 2: The Zombie Survival RPG from developer Silent Dreams. I have never played the original game, which was released back in 2016, but figured it must have at least been good enough to warrant a sequel. Plus, the developer’s page says that the new game is inspired by titles like Fallout, Darkest Dungeon, This War of Mine and Walking Dead, all of which are powerful games in their own right.

Dead Age 2 is available on Steam for less than $20, so I figured I would give it a try. I thought I was going to be in for a short, zombie filled budget RPG experience. And on that note, Dead Age 2 rose well above my expectations in every way. It’s actually a surprisingly deep and complex title. If you happen to enjoy the gameplay that it offers, then you will easily get your money’s worth from it. 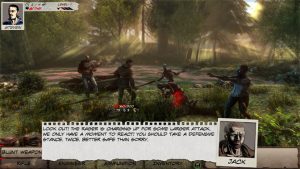 The game tells the story of the various survivors of the zombie apocalypse living in a place called Jack’s Camp. You have one main character that you create when you start the game, with the option to configure their look in a handful of different ways. You can also give them one of a few different starting skills, each of which provides them a little bit of an advantage, like a better weapon of a certain class, when they start. It’s not exactly a detailed character creation process, but it’s enough to get you into the game and playing. As you play you will be given access to new survivors with other skills, and can control them just like your main character most of the time. 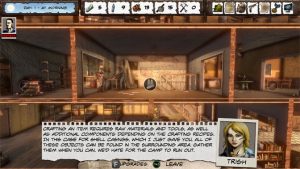 The other thing that is important to realize is that Dead Age 2 is a little bit of a rogue-like game. You can’t save along the way, although it does save for you whenever you exit the game. There are also certain “challenges” that the game gives you as you play to earn experience and advantages. If you do well enough in one playthrough, then you can carry through some of those earned advantages on your next run, making you a little more powerful right from the start the next time through. The game seems to imply that most players won’t be able to successfully complete the game in a single playthrough. They certainly won’t be able to do everything in one run because of the way the quests are structured around three main factions. Doing missions for one group almost always hurts your reputation with another, so it’s probably best to concentrate your efforts in each run. 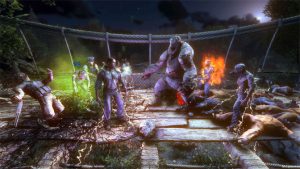 While there is a lot to do in Dead Age 2, the basic gameplay can be broken down into two main elements. The first is exploring the map and fighting battles using tactical combat. This makes up the overwhelming majority of the gameplay. A huge part of whether or not you enjoy Dead Age 2 will depend on if you like those battles, since you will be fighting a lot of them with very little variety. The second element is building out your base which you do by assigning survivors various jobs like working in the garden, making ammunition in the forge, pulling guard duty or actually constructing or improving the various stations themselves. The base building element is done to keep your survivors alive and also improve the effectiveness of your combat team. 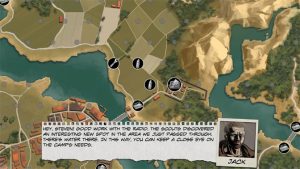 Combat occurs whenever your group of survivors (you can have up to three in a party) enters a new zone on a relatively large map that you are tasked with exploring. Movement on the map requires an expenditure of the water critical resource, and is also limited by time, so the game does a good job of keeping you close to home (and within the relatively easier areas of the map) until you build up the resources and skills for longer excursions. Eventually some fast travel options open up to extend your range even further. 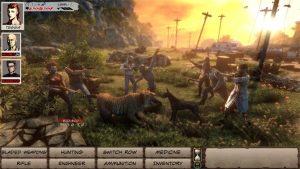 You can have up to three survivors in your combat team, and there can be up to six enemies on the other side of the board. Each survivor gets a turn where they can spend two action points, and your team generally goes first in most fights. Basic moves like shooting a pistol or a shotgun take a single action (and you also need to spend the ammo) while more complex ones like performing a devastating headshot normally takes both action points, assuming you have learned any advanced skills. You can also engage in melee combat, but only if a character is standing in the front row. Very annoyingly, the game only lets you put one survivor in the front row to start each battle, meaning you will need to “burn” one of your action points to move others up to the front each time if you want them to engage in melee combat. This highly limits the effectiveness of melee-heavy survivor builds, and was one of the things I hated most about the tactical combat. I should be able to deploy my team however I want, even if that means putting two people up front, or even the entire group.

You get access to special combat moves as you build up your skills, and they can really mean the difference in a game where you are almost always outnumbered by both zombies and human opponents. Special moves can counter enemy strengths, like how a Molotov cocktail will strip the bulletproof armor from an enemy. Advanced actions can also bring in more “allies” on your side, like a small turret or a hunting hound. The depth of the combat is surprising, and because it’s turn-based, you can take your time, read about your opponents and plan the best possible attack. 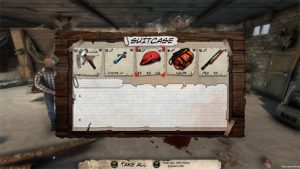 Back at the base, you will be assigning survivors to various jobs to keep everyone safe and well-fed, and to build items like armor and weapons for your combat team. There are two periods of activity each day, so each survivor at the base can perform two jobs. You generally assign base jobs and then send out your combat team to explore the world or perform missions. While you are playing with your combat team, the people back at the base will complete their mission. And you do that once in the morning and then again at night. Figuring out what jobs to perform is not too difficult, although you will almost always feel like there is too much to do given your limited resources, so you do need to prioritize. 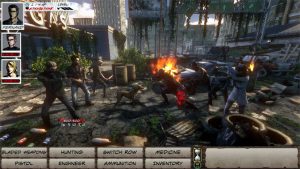 As you earn experience, you can level up not just your main character, but also all of the other survivors. Most of that experience will come from combat, although even those working back at the base earn some XP, which is a nice touch. You can spend your XP however you want. You might have earned it working the radio back at your base, but can drop those points into rifle shooting if you want. Even so, it’s probably best to have some people with a lot of combat skills while others are better at base jobs. Specialization seems to be the way to go most of the time, especially as you get access to more survivors. 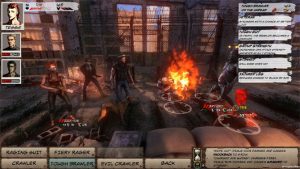 I found that I really enjoyed my time in Dead Age 2. There is a lot of depth underneath a surprisingly simple interface. There are a few negatives. As previously mentioned, the combat is extremely repetitive, and there is a lot of it. Also, Dead Age 2 makes the game a little too complex in a lot of ways. For example, you might accept a quest to visit a faction outpost, but when you finally hike out there (fighting in combat at every step of the way) you will find out that you need to perform several other sub-quests before you can complete that original one. It gets to the point where it’s difficult to keep track of everything you are supposed to be doing, with some tasks also being timed. Again, you will likely learn about this mechanic the first time you play, so on future runs you should be able to do a better job of concentrating on a few tasks at a time. 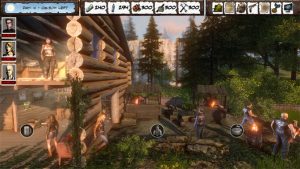 Dead Age 2: The Zombie Survival RPG is a fun game and good value considering the price. It has a surprising amount of depth hiding under a simple interface. For anyone who likes zombie titles that are heavy on both tactical combat and resource/time management elements, this game won’t disappoint. It’s certainly not a AAA game by any means, but is probably one of the best budget titles that I have come across in quite a long time.