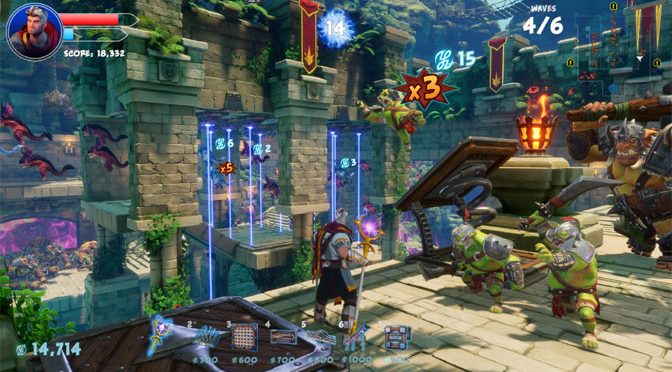 Hey all I’m back with another game review. This time it’s Orcs Must Die 3!

Plot: The plot is okay, though nothing super amazing, It picks up 20 years after Orcs Must Die 2. Frankly I enjoyed the story, because of how laid back as it is, but it wasn’t a very compelling one. And the characters aren’t that amazing to be honest. They’re fun, but not very deep or built upon except for the founding two characters, and even they are given a fairly barebones history. 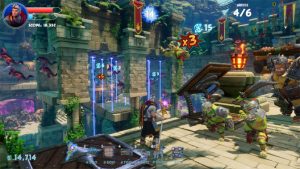 But nobody is playing the Orcs Must Die series because of the plot. It’s about stomping orcs.

Gameplay: Here is where it gets fun. The gameplay is really great, as is with the other entries in this series. At its core, OMD 3 is a variation of the Tower Defense game type, with players tasked to defend an objective, a Rift in this game, from ever increasing hordes of enemies that grow in both strength and variety.

You will face a lot of enemies, from tiny kobolds that race past most floor traps to large ogres that can’t be lifted through other types of traps. The variety in enemies is appreciated. 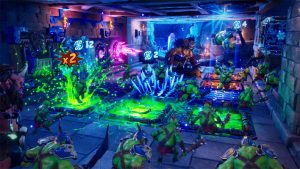 The main thing that separates OMD from other Tower Defense games is that the player controls a “Hero” to place traps, but even after the trap laying phase is over they can still affect the outcome of a battle by using personal weapons like a magic bow with infinite ammo or a shotgun that also shoots explosive rounds. In fact that is what most players will have to resort to doing in most missions earlier waves, as the starting budget is rarely enough to deal with most enemies solely using traps. 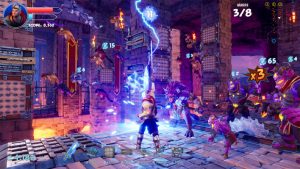 Frankly it’s a lot of fun, especially the new to this series War Scenario mode, where players are tasked with fighting off huge numbers of enemies, up to a 1,000, with an increased budget and access to large traps to cause massive chaos, like a giant trebuchet that flings explosive rounds. Honestly my first time playing that mode I had a ton of fun. 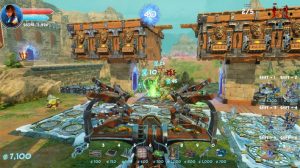 Art: The art is a cel-shaded style that doesn’t detract from the slightly goofy nature of the game, so while it’s not the crispest or most realistic art style it does fit the game perfectly. So it’s nice to have an art style that matches the overall feel of the game.

Music: The sole let down of the game was it’s musical score, honestly it’s only okay. There’s nothing great or outstanding in it, though it’s not terribly annoying or grating to one’s senses either. 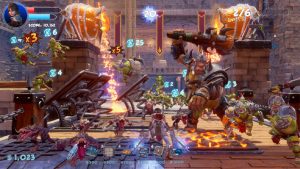 Overall: A great game, with loads of fun that even allows players to team up with a friend or stranger to cause some massive havoc.

For those who like: Fantasy, Comedy, Tower Defense games, and Co-Op Games.

Not for those who don’t like: Any of the above, or games without a deep compelling story.